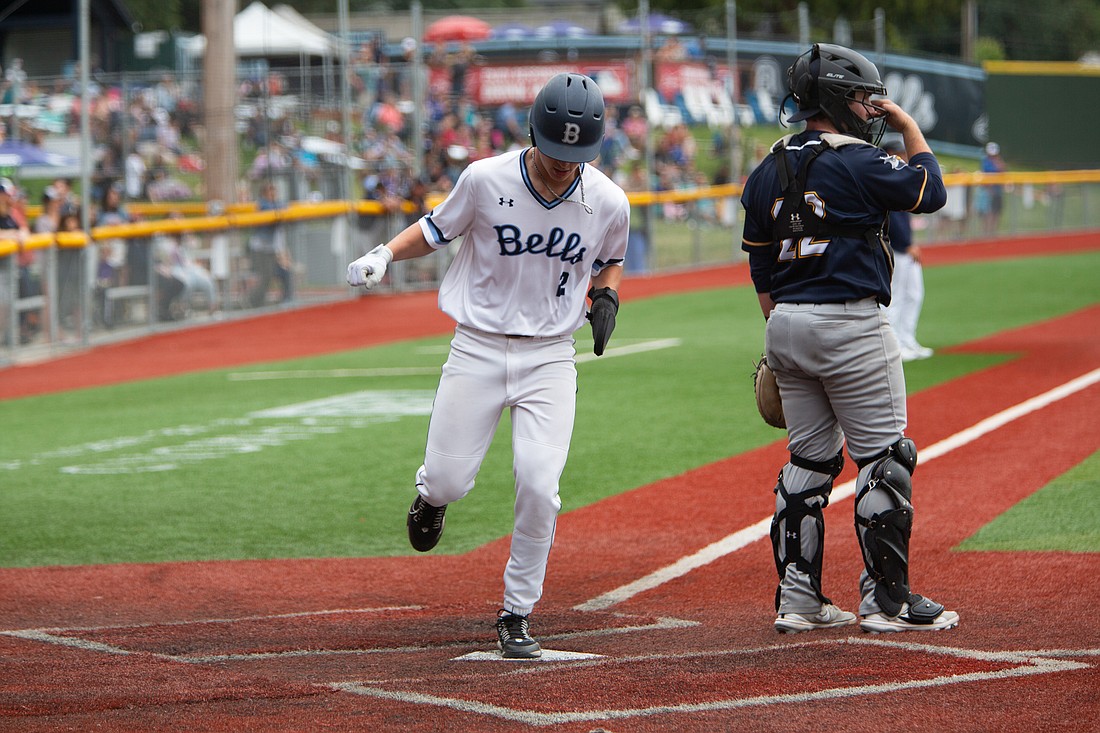 The Bellingham Bells faced one of their toughest weeks yet this season, taking a third of their total season’s losses so far.

After getting swept on the road by the Ridgefield Raptors to start last week, Bellingham rebounded to win two home games against the Nanaimo NightOwls and broke its losing streak. The Bells fell short of securing the sweep with a loss on Sunday and finished the week with a 2-4 record.

Though the Bells remain atop the West Coast League’s (WCL) North Division at 23-12 overall, the four-loss week now puts Bellingham at 4-6 in its last 10 games.

To start last week, the Bells traveled to Ridgefield, Washington, to face the Raptors, ranked second in the WCL’s South Division. The Raptors lead the WCL in average runs per game, with 7.38 versus the Bells’ 4.85.

The Raptors’ offense had 15 hits in both of the series’ first two games, and the Bells gave up seven walks in the second game. 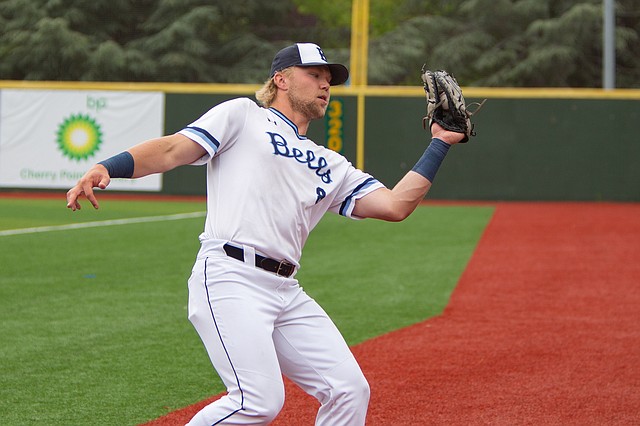 The Bells jumped out to a quick 3-0 lead in the first game, though the Raptors put up nine runs by the fifth inning and had three home runs on the night. Down 9-3 in the sixth inning, Bellingham’s Blake Conrad hit his first home run of the season to score two runs and trim Ridgefield’s lead. However, the Raptors scored two runs in each of the sixth and seventh innings to seal the win.

Conrad, going 3-for-5 at the plate, also had four RBIs in the first game.

The Bells momentarily had the lead in the second game, up 2-1 in the fifth thanks to Robbie Vandegrift stealing home and Cody Russell’s RBI single. That same inning, the Raptors’ Jacob Sharp and Isaac Lovings both hit home runs as Ridgefield put up five runs in the bottom of the fifth, then six more throughout the last four innings.

The Bells couldn’t avoid the series sweep on July 14, falling to the Raptors 7-3 as Bells’ pitcher Trevin Hope, who leads the league in ERA, lost his first game of the season. With the Raptors up 5-3 in the seventh inning, JR Freethy hit a two-run homer to score Christopher Campos, who scored two runs on the night. In the bottom of the seventh, the Raptors countered with their own two-run homer from Sharp. 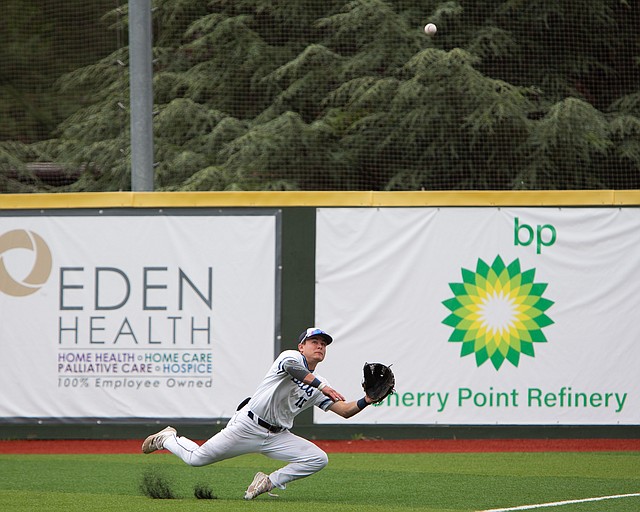 After the Ridgefield road trip, the Bells returned home to host the Nanaimo NightOwls, which sit one spot removed from the bottom of the WCL’s North Division table.

The Bells shut out the NightOwls 3-0 in Game 1 on July 15, then won 5-4 with a walk-off three-run double from Jack Van Remortel in game two on July 16. The Bells fell short of the series sweep with a 4-3 loss on July 17 thanks to a ninth-inning rally from the NightOwls.

In the series opener, Bellingham starting pitcher Shane Spencer pitched six scoreless innings and helped the Bells to their league-leading fifth shutout of the season. A two-run home run from Jace Phelan — his first of the season — and a solo homer from Easton Amundsen put the Bells on the scoreboard.

Game one was also Campos’ final game with the Bells this season. 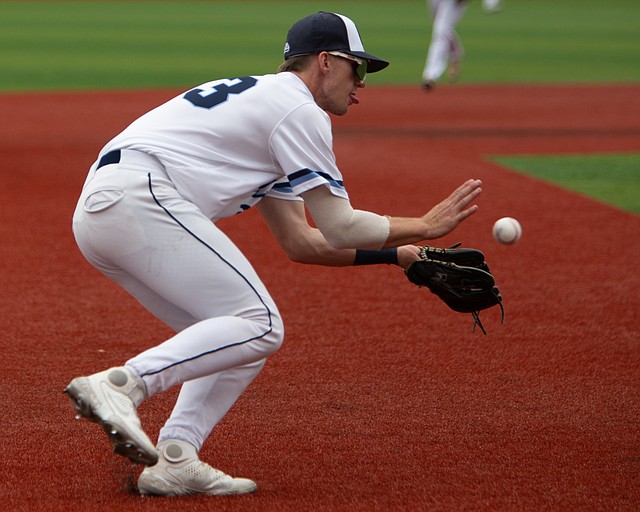 Bells third baseman Evan Overmars catches a hard grounder before passing it to first for the out against the Nanaimo NightOwls on July 17. (Hailey Hoffman/Cascadia Daily News)

With the Bells down 4-1 in the bottom of the ninth, with bases loaded, Matthews hit a single to send in Evan Overmars and begin Bellingham’s comeback. Matthews finished with two RBIs on the night.

This was Bellingham’s second walk-off victory of the season — the first coming from a walk-off single by Campos against the Port Angeles Lefties in June.

Before the ninth-inning rally, the NightOwls had built a three-run lead in the seventh, with Nanaimo’s Dylan Joyce hitting a two-run single and Bells’ pitcher Tyson Dias walking three batters.

The Bells fell short of sweeping the series against Nanaimo, however. In Game 3 on July 18, with the Bells up 2-1 in the top of the ninth, the NightOwls rallied behind a single from Landon Frei, which scored Cody Hendriks to tie the game. Then, facing a full count with bases loaded, Nanaimo’s Kobe Sandstrom, a Ferndale High School grad, hit a two-run double to send in Tim Holyk and Frei, putting the NightOwls ahead 4-2.

Amundsen’s single to send home Elijah Hainline in the bottom of the ninth wasn’t enough for the Bells to stage a second comeback of their own, as Nanaimo’s closer, Kotaro Uchida, left two Bells’ runners on base at the final out.

Amundsen, going 5-for-5, had five singles and two RBIs in the loss.

By finishing the first half of the season in first place in the WCL’s North Division, Bellingham clinched a playoff spot and home-field advantage for the playoffs in August. With three weeks remaining in the regular season, the Bells traveled to begin their three-game road series against the Victoria HarbourCats July 19.

A previous version of this story incorrectly stated that the Bells' Christopher Campos hit a walk-off single against the Portland Lefties. The Bells faced the Port Angeles Lefties. The story was updated to reflect this change on July 19 at 2:08 p.m. The Cascadia Daily News regrets this error.