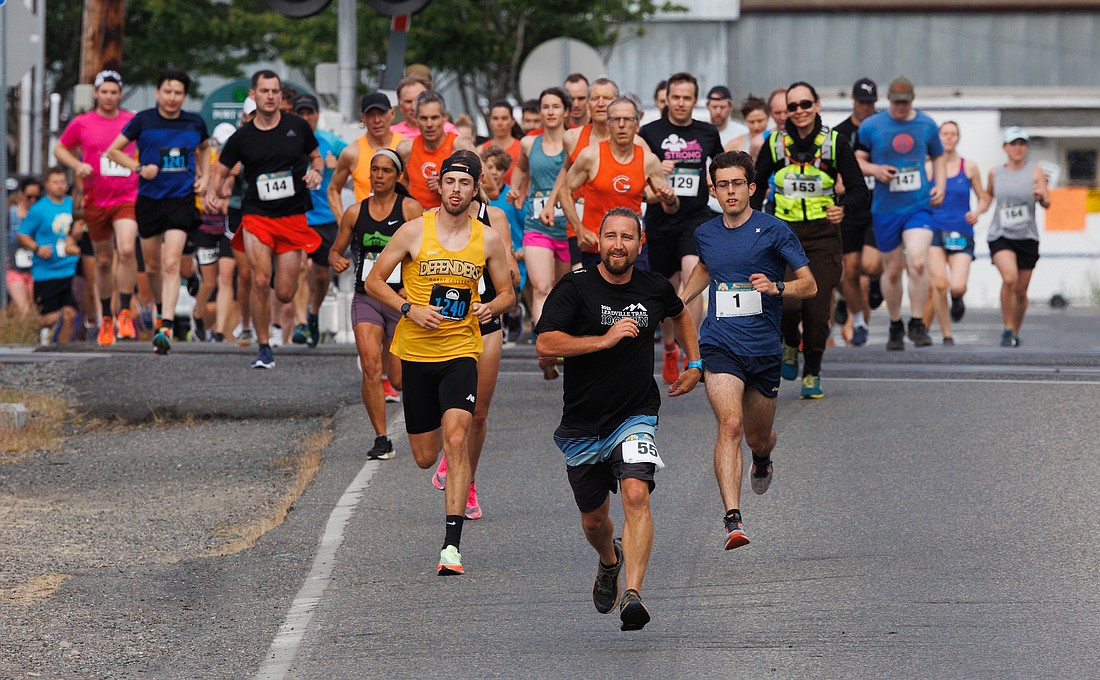 John Glinsman (55) leads the crowd of runners at the start of the 7-mile Chuckanut Foot Race from Marine Park to Larrabee State Park on July 16. (Andy Bronson/Cascadia Daily News)
By CDN Staff

The race, which was first held in 1968, winds runners through the Interurban Trail, lending views of Chuckanut Bay and the San Juan Islands. 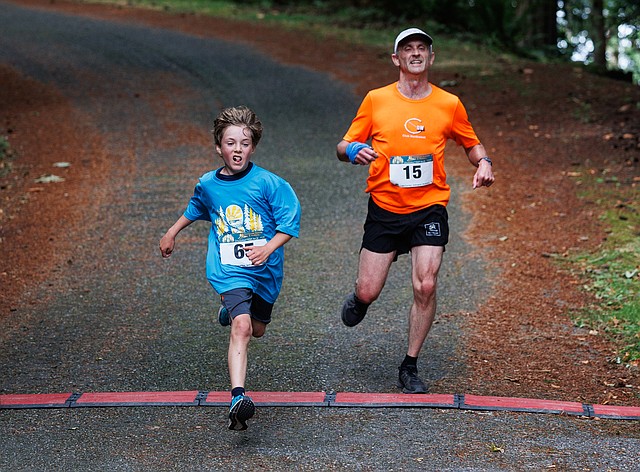 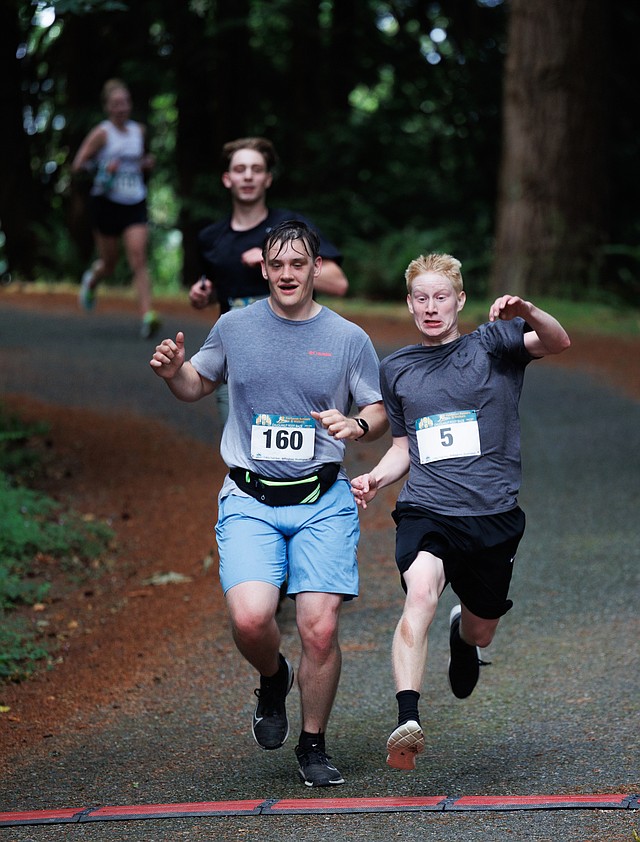