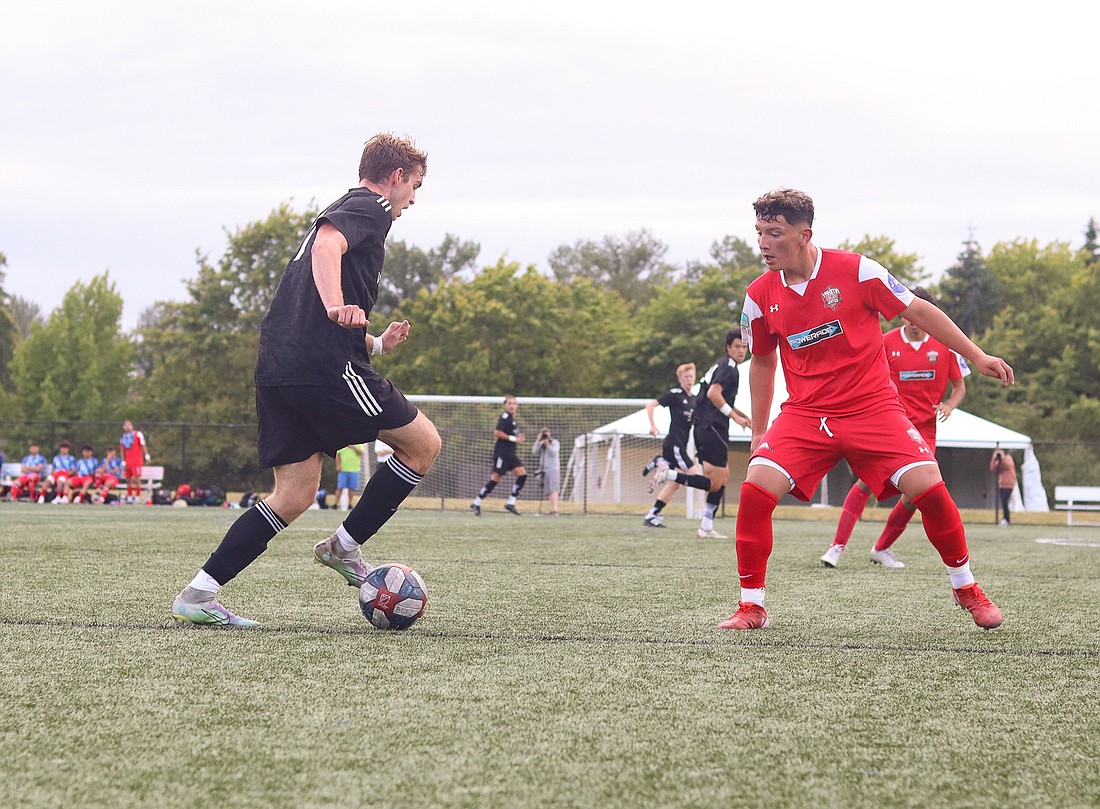 Langei, a defender, earned the team’s “Hammer of the Match,” awarded by the coaching staff to a stand-out performer on the team. In addition to scoring his first goal of the season, Langei made several aerial clearances and defensive stops to prevent Yakima from scoring.

With absences of key defensive Bellingham players, Langei, Gus Deal and Eric Jones formed a three-centerback backline, dealing with Yakima’s frequent balls over the top to its forwards.

“It behooves you to be in the back, and you can see the whole field,” Langei said. “When they’re playing a 4-3-3, we’re 1v1. We’ve got to talk a lot, we’ve got to demand where the midfielders need to move and pivot, mark the channels, mark the guys and we knew this team … was a high-powered offense.” 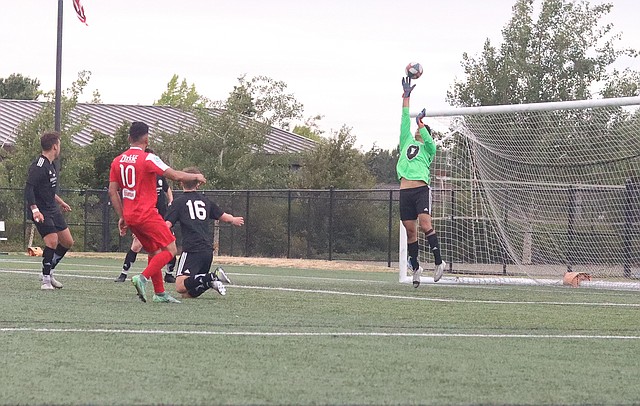 Gutierrez also had two saves in the final 10 minutes of the match to deny Yakima a goal. In the 80th minute, he jumped to tip a high shot over the crossbar for a Yakima corner and, in the 84th minute, came out to challenge and stifle another chance for Yakima, knocking the ball wide. Gutierrez leads the league with five shutouts in eleven games this season.

Offensively, Bellingham head coach Jason Conway said the first 10 minutes of the match were a bright spot for the Hammers. In the third minute, Ale Tomasi’s shot ricocheted off the right goalpost, then Bunnell put a ball off the underside of the crossbar, nearly netting the opening goal for Bellingham. The goal would come just four minutes later as Yakima’s goalkeeper bobbled the ball, and Eric Jones passed the rebound to Bunnell, whose close-range finish put Bellingham ahead early.

At points, the match became physical, with calls disputed to the referees by players on both teams. Yakima's fouls in its defensive third put Bellingham in position for dangerous set pieces. In the 40th minute, after a contested Yakima foul, Christian Caro delivered a ball from 30 yards out to Langei, who headed in the delivery for the Hammers’ second goal. 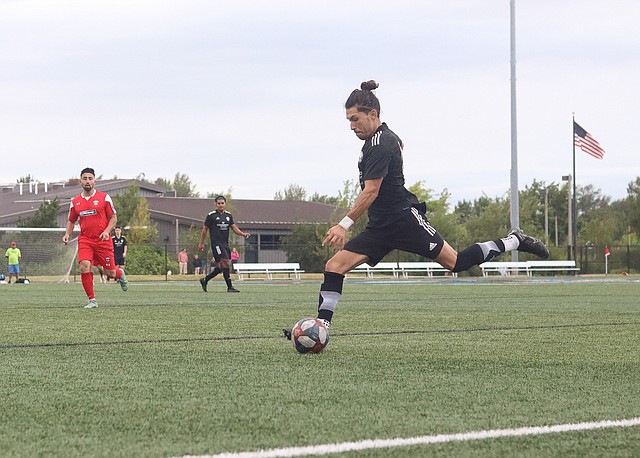 Bellingham United's Christian Caro crosses the ball into the 18-yard box in the second half of Bellingham's 3-0 win over Yakima United at Whatcom Community College's Orca Field on July 16. Up 2-0 at halftime, Bellingham added a third goal in the 82nd minute to seal the win. (Cassidy Hettesheimer/Cascadia Daily News)

“That’s one of the other big things we talked about at the start, not being pulled into any of the kind of mind games,” Conway said. “That was another team focus at the start — was to play our style, play our game and not get pulled into … these physical battles.”

A hard-driven pass from Elliott Rains to the feet of Colin allowed Colin to slot in a low shot for Bellingham’s third and final goal of the night in the 84th minute.

“I’m excited to play at home, to play in front of the fans,” Langei said. “Last year we had a huge crowd.”

On July 1, the last time the Hammers faced Washington Premier, the teams tied 2-2. The two sides are also familiar with facing one another in the playoffs. Bellingham beat Premier 1-0 in the 2021 semifinals on its way to winning the league championship. Premier earned a 1-0 finals win in 2019 and a 3-2 semifinal victory in 2018.

“We’re definitely going to have to keep possession better than we did against [WA Premier] the first time, and actually even better than periods of the game tonight,” Conway said. “I can’t imagine, 12th game of the season, the final, that we wouldn’t want to talk about the very best version of what we can do on the field.”