Postseason play right around the corner 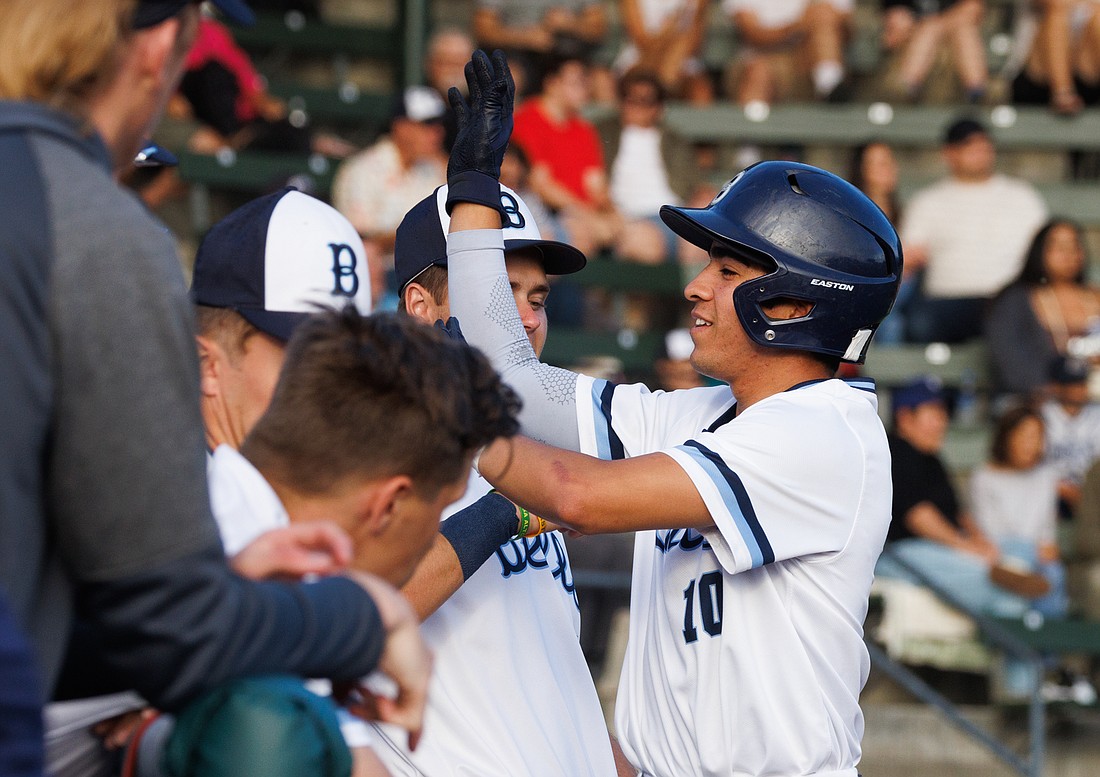 With a little more than three weeks left in the regular season, the Bellingham Bells are still out in front. A playoff spot has already been secured and the Bells’ 21 wins lead the West Coast League with 24 games left before the playoffs.

After a non-league 6-4 loss to the Redmond Dudes July 4, the Bells bounced back against the Edmonton Riverhawks with a 7-4 win.

Teo Banks got Bellingham on the board first with an RBI single in the bottom of the first inning. The Bells fell behind 2-1 in the second inning, but tied things up in the third after Daniel Gernon scored on an error.

Gernon drew a walk later in the game for an RBI and Elijah Hainline cleared the bases with a three-run double to put the Bells up for good. Cameron Dayton closed things out in the ninth for the save and Austyn Coleman earned the win.

Bellingham locked up the series in its second game with a 2-0 win over the Riverhawks. Starting pitcher Trevin Hope got the win on the mound after pitching seven scoreless innings. Hope’s final line included three hits, no walks and four punchouts. 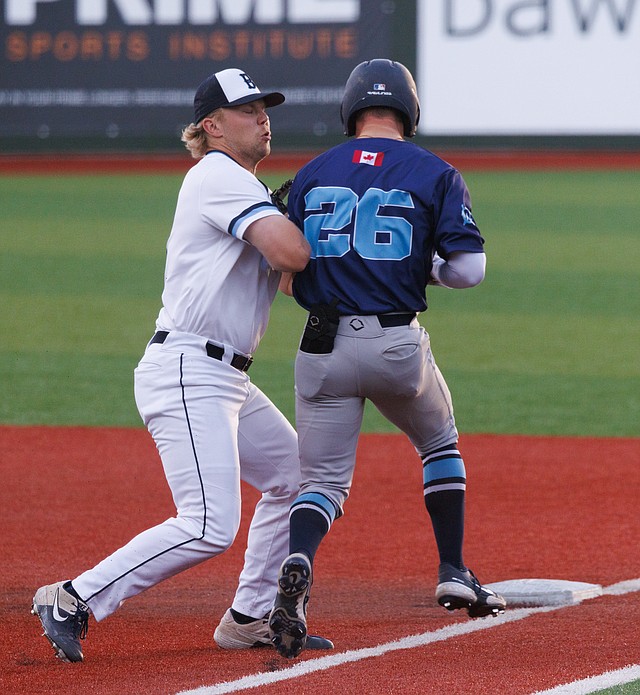 Offense was provided by Jace Phelan who scored on a wild pitch after reaching base in the top of the second inning. Cole Hage sent a ball over the left-field wall in the fourth inning for the Bells’ second run.

The Bells weren’t able to complete the sweep in the series finale July 7 as a 16-inning marathon of a game went Edmonton’s way by a score of 2-1.

After falling behind 1-0 after the first inning, Bellingham tied the game in the bottom of the second after Christopher Campos scored on a walk. That was the only run of the game for the next 13 innings.

An RBI single in the top of the 16th from Edmonton put the Riverhawks up 2-1, finally snapping the stalemate between the two teams. 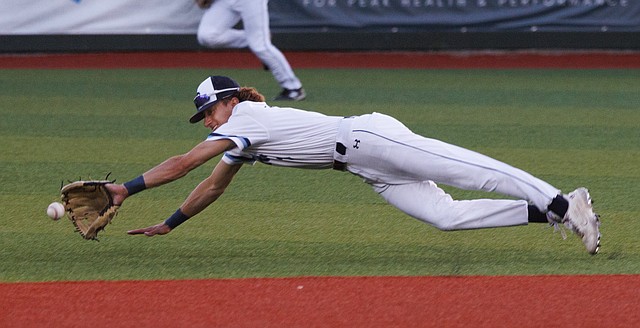 Cody Russell finds the ball just out of reach as the Bellingham Bells took on the Edmonton Riverhawks on July 7. (Andy Bronson/Cascadia Daily News)

The Riverhawks closed out the Bells in the bottom of the inning, ending the five-hour game and Bellingham's homestand.

About eight hours after their 16-inning game, the Bells were on a bus headed to Port Angeles for a three-game series over the weekend.

Bellingham dropped the first game of the series 3-1 on July 8 to Port Angeles. The Bells were only able to record three hits in the game.

One of those hits was an RBI single from Campos that scored the only run of the game for Bellingham.

The Bells evened things up in the second game of the series with a 9-7 win that was highlighted by two home runs and five RBIs from Jack Van Remortel. Cody Delvecchio earned the win on the mound and Campos recorded another save.

Bellingham jumped out in front 5-0 in the series finale after two innings and were up 7-0 at one point, but Port Angeles scored seven runs of its own to tie the game.

With the score knotted at 7-7 in the top of the ninth inning, the Bells retook the lead on a sacrifice fly from Justin Thorsteinson. Yet another home run from Van Remortel, his third of the series, tacked on three insurance runs for the Bells.

Christopher Foster pitched two scoreless innings to earn the win and Willis Cresswell notched the save.

Bellingham will continue its road trip with a three-game series, July 12–14, against Ridgefield Raptors before coming back to town for three games, July 15–17, to play the Nanaimo NightOwls.