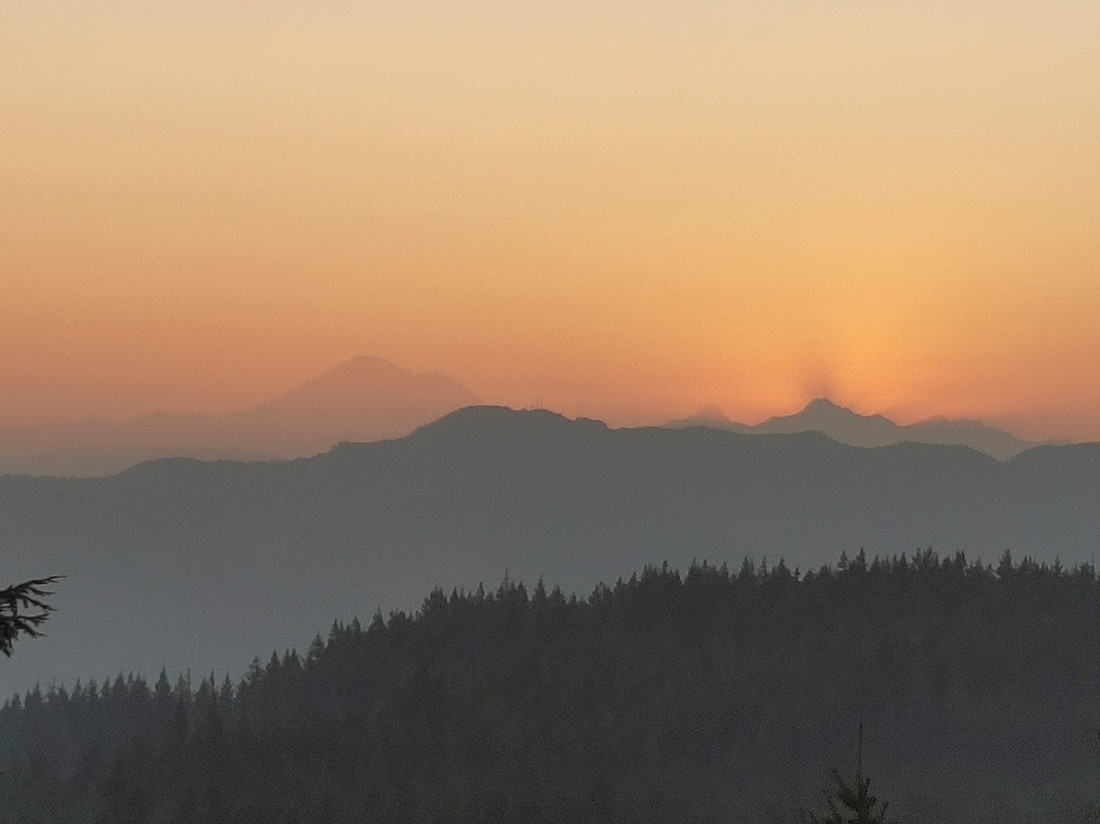 Smoke from summer wildfires hangs behind Mount Baker in September, 2020, visible from the lookout point in the Chuckanut mountains accessed via the Pine and Cedar Lake trail system. Land managers in wild lands in the U.S. and Canada predict difficulty in meeting increased firefighting demands with a diminished workforce. (Photo by Jason D. Martin)

That is the number of wildland firefighters that the federal government attempted to hire this year. And, unfortunately, they are still running short on personnel in many areas throughout the western United States.

First, most wildfire jobs are seasonal. Many prefer year-round work.

Second, wages. Federal wildfire jobs start at $15 an hour. This hourly rate was just established last June by executive order. Previously, new firefighters started as low as $11 an hour. Private and state wildland fire jobs start at around $20 an hour, often with more opportunities for wage growth and promotion.

Third, it’s common to be away from home for long periods of time, living in fire camps. These can be uncomfortable places, which felt even more so during the height of the pandemic.

And fourth, it is a physical, stressful and sometimes dangerous job. In other words, it is a hard way to make a living.

It's been widely reported that following the pandemic there has been a “Great Resignation.”

The theory is that the pandemic caused many to leave their previous employment for jobs with better pay and more benefits. It’s likely this movement had an overall negative impact on the staffing of fire crews. Fewer people out there want jobs that continue to grow in numbers.

This is a major problem because wildland fire has become a much greater threat. Several compounding factors are responsible. 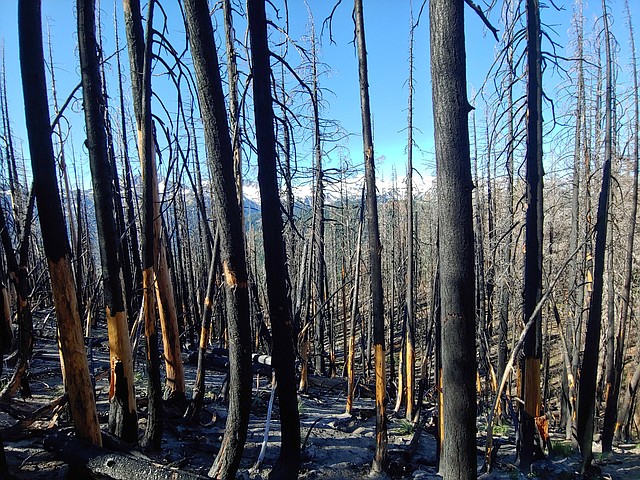 A forest near White Pass in the Cascades, photographed in 2020, shows damage from recent wildfires. (Photo by Jason Martin)

Fire is a natural part of a forest ecosystem. Historically, small fires cleared out underbrush, but a century of human fire suppression allowed that underbrush to build up. Dense underbrush should be thought of as kindling. When dense, it burns hot and ignites much larger living trees.

In addition to underbrush, climate change has impacted overall forest health. Many parts of the country are experiencing drought. Less water in the trees and soil makes everything more flammable. And even in places where there is no drought, they’re still experiencing longer periods of warm, dry weather.

Dry conditions and warming temperatures are also responsible for bark beetle infestations. The more days that temperatures are above freezing, the more of these grain-sized insects survive and breed. A tree infested with bark beetles will eventually die, creating even more dry fuel for potential wildfires.

And finally, there are a lot more wildland-urban interfaces today than before. This has resulted in the loss of more lives and more property in these communities.

These combined factors have led to significantly more megafires. And there just aren’t enough fire crews to manage them all. Indeed, the National Interagency Fire Center reports that last year 1,858 fire-crew requests went unfilled. And even though the fire season has just started, over a million acres have already burned this year. 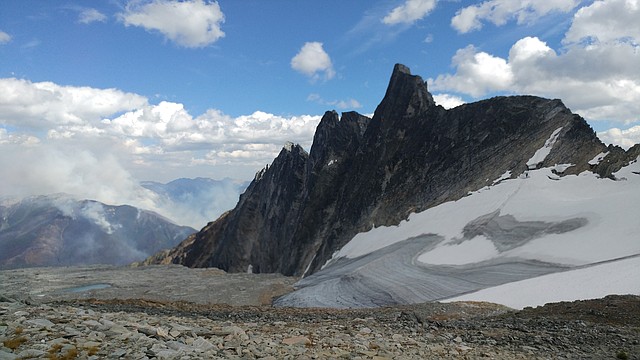 Smoke from active wildfires hangs in a valley in the Rogers Pass, British Columbia area in September 2017. (Photo by Jason Martin)

The Biden Administration is attempting to remedy some of this. Last year’s $1 trillion federal infrastructure bill included $600 million to increase the pay for federal firefighters over the next two years. This wage increase will affect 16,000 wildland firefighters. Agencies have been directed to increase the base salary by $20,000 per year or by 50% of their current salary, whichever is lower. They will also receive some back pay.

In addition to the wage increase, the bill dictated that agencies develop a clearly defined career path to increase recruitment and retention. The Wildland Firefighter Occupational Series will define duties for different levels of firefighters and provide a trajectory for one’s full-time career in wildland fire.

While these are steps in the right direction, they’re still not good enough. There aren’t enough wildland firefighters right now. And the pay increase from the infrastructure will sunset after two years, likely leading to more resignations if it's not made permanent.

The Biden Administration has stated it wants to work with Congress to develop a long-term funding fix. But there's been no movement on that front. And indeed, if what they’ve done already isn’t enough to fill the ranks of firefighters in 2022, what are they going to do next year, or the year after? 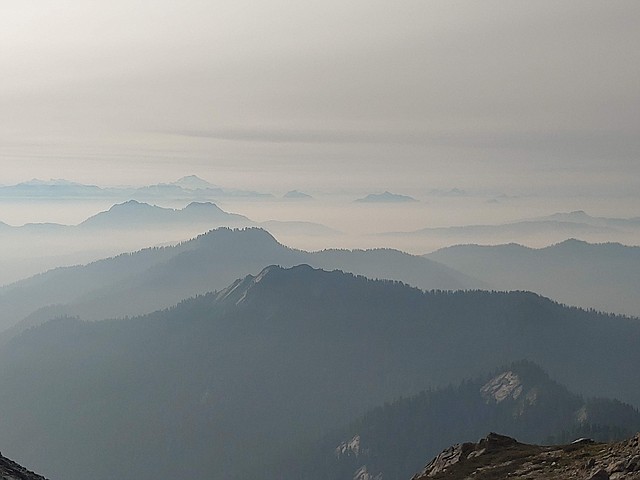 Smoke from summer wildfires has become a late-summer Northwest tradition, often spoiling favored seasons for treks into backcountry areas such as the Cascade Mountains, photographed here in September 2020. (Photo by Jason Martin)

We are now in a new normal, one where — in many places — there is no fire season anymore because it’s always fire season. We need dedicated individuals in wildland fire service right now. To ensure that we have the right people, wages and incentives will have to be much better. It’s a lot cheaper to hire and retain people than it is to replace a lost forest, or worse … a lost community.