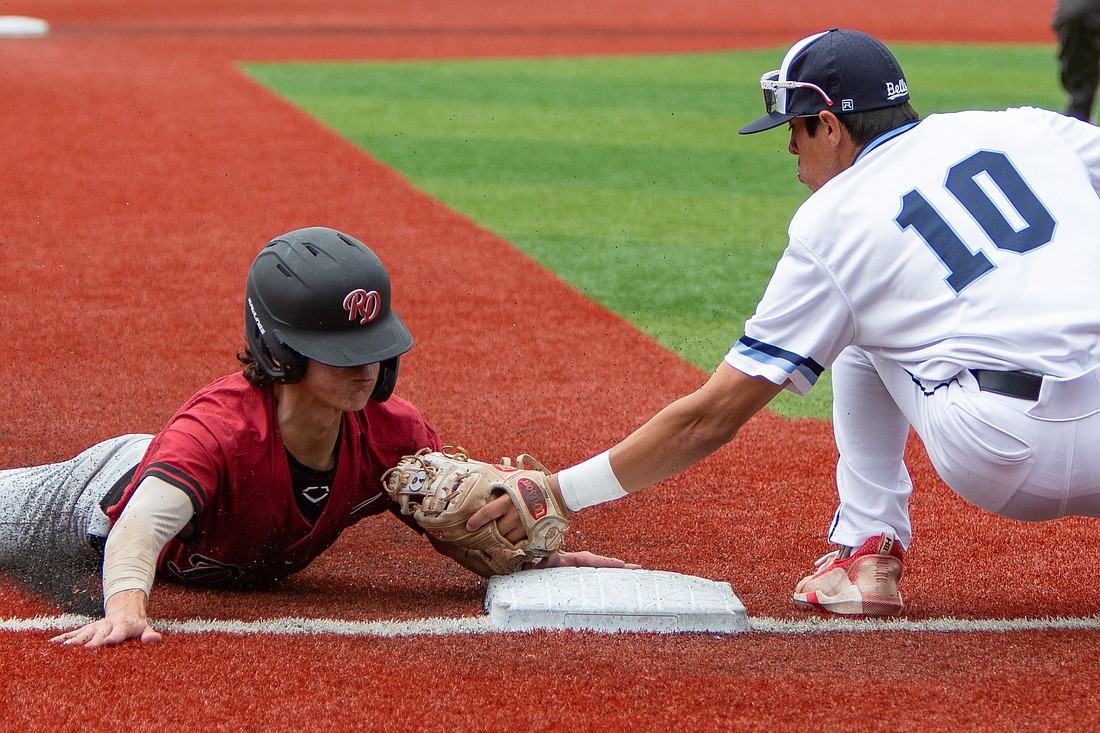 Bellingham Bells' Christopher Campos attempts to tag out the Redmond Dudes' Alexy Hussey at third base during their game at Joe Martin Field on July 4. The Bells lost to the Dudes 6-4. (Hailey Hoffman/Cascadia Daily News)
By CASSIDY HETTESHEIMER
Staff Reporter

With a rare 12:05 p.m. first pitch due to the Fourth of July holiday, the Bellingham Bells lost 6-4 to the Pacific International League’s Redmond Dudes Monday, completing the fourth of four non-league home games in a row.

Though the game began with each team scoring four runs through the first three innings, the offensive pace slowed down as Bells pitcher Jack Erdman and Dudes relief pitcher Shane Buchanan together faced only 28 at-bats in the fourth through seventh innings.

Runs in the top of the seventh and ninth made the difference for the Dudes as the Bells struggled to get on base in the game’s later innings. 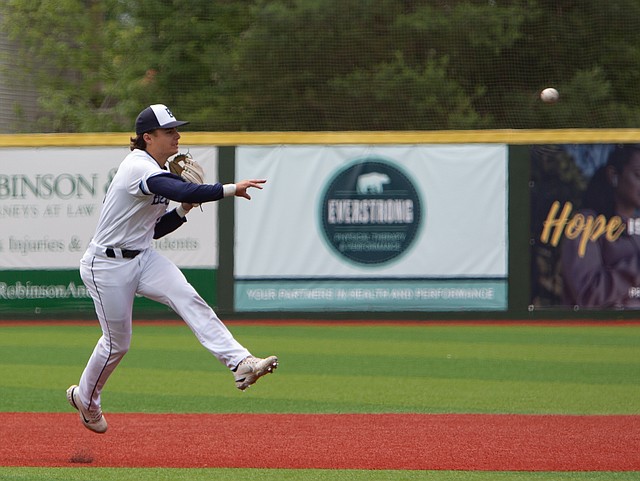 Bells second baseman Gavin Schulz throws to first for an out. The Bells fell to the Redmond Dudes 6-4 on July 4. (Hailey Hoffman/Cascadia Daily News)

“[Redmond] made a couple of good defensive plays,” Bells head coach Adam Geaslen said, “but I would put it more on we started out the game with really quality at-bats, and then kind of middle innings, we got away from that a little bit, swinging at pitches outside the zone, not being real good in our two-strike approach, things like that.” 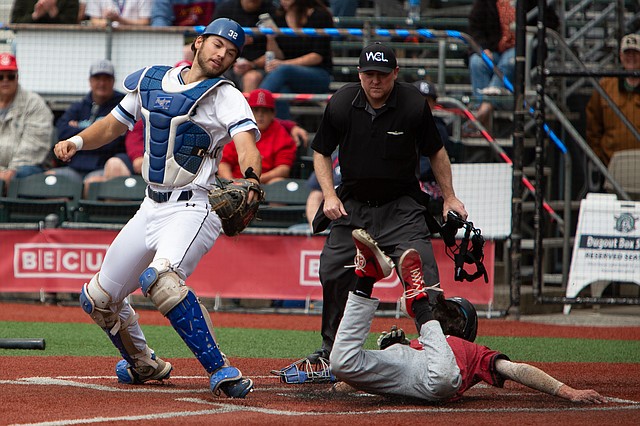 In the bottom of the second, Josh Trujillo earned a run on a throw to second base as Hainline stole second. The pair both hit singles in the lead-up to the run to put the Bells ahead 3-2. A single from Tyler Saunders later helped the Bells tie the game at 4-4 as Campos earned his second run of the game. Campos also hit two singles and a double during the game. 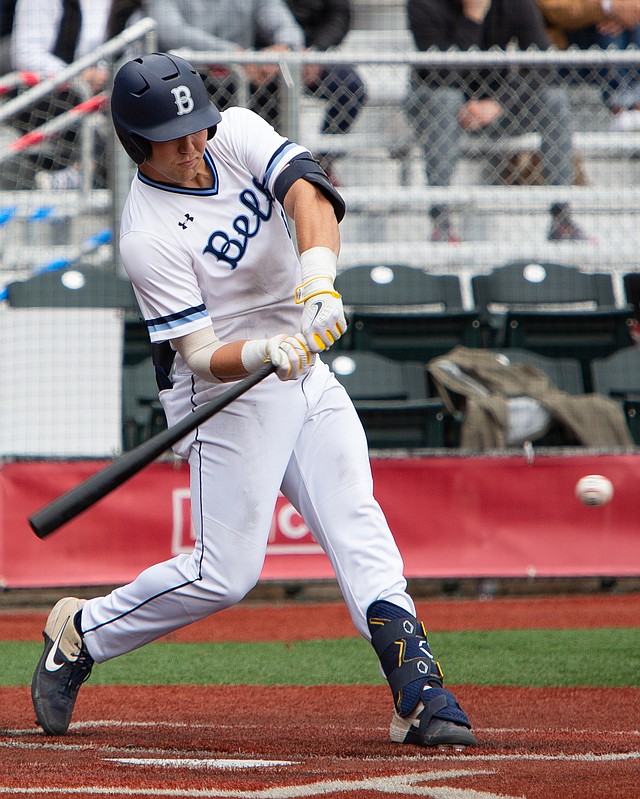 Bellingham's Jack Van Remortel gets a base hit during the Bells' 6-4 loss to the Redmond Dudes on July 4. (Hailey Hoffman/Cascadia Daily News)

After sweeping their home series against the Port Angeles Lefties with a third win on June 23, the Bells headed south to Corvallis, Oregon, to play the next three days before moving on to Bend, Oregon, for another three-day, three-game series. The team had one day for rest, June 30, before playing again at home on July 1.

This game was the fourth of Bellingham’s four non-league home games in a row, having beaten the Cascade Collegiate League twice then dropped the third game, 8-4, to the Dub Sea Fish Sticks. 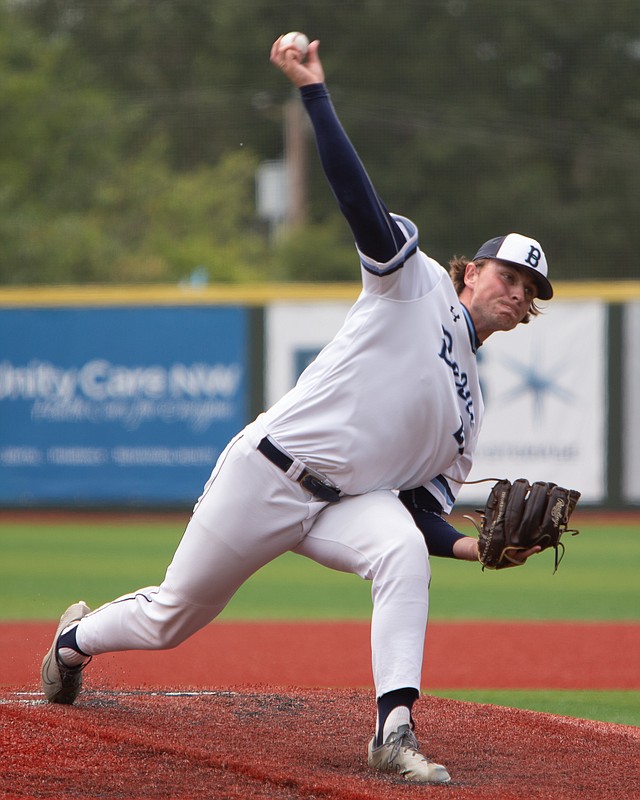 “These four non-league contests at the end of a super long stretch of where I think it was 15 out of 16 days of league games, wrapping up the first-half North title, securing the playoffs — I was really proud of these guys having to slog through these non-leaguers,” Geaslen said. “No game is meaningless, but I’m glad we came through them healthy.”

At the end of June, the Bells clinched the West Coast League North Division’s first-half championship, guaranteeing them a playoff spot thanks to their first-place division standing halfway through the regular season, per WCL playoff formatting.

Next, the Bells move back into league play with a three-game series against the Edmonton Riverhawks beginning at home July 5. 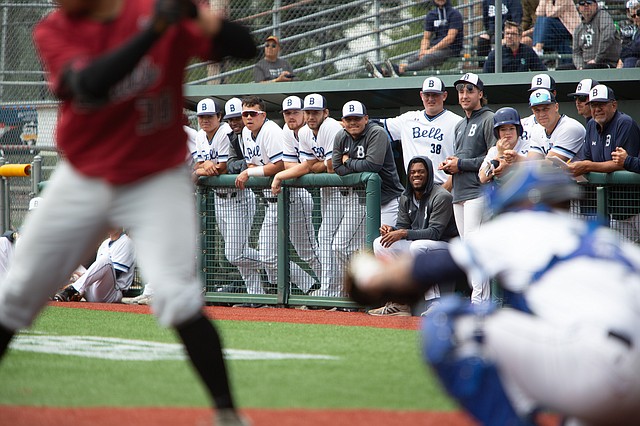