Dozens take to streets in honor of Stonewall Riots 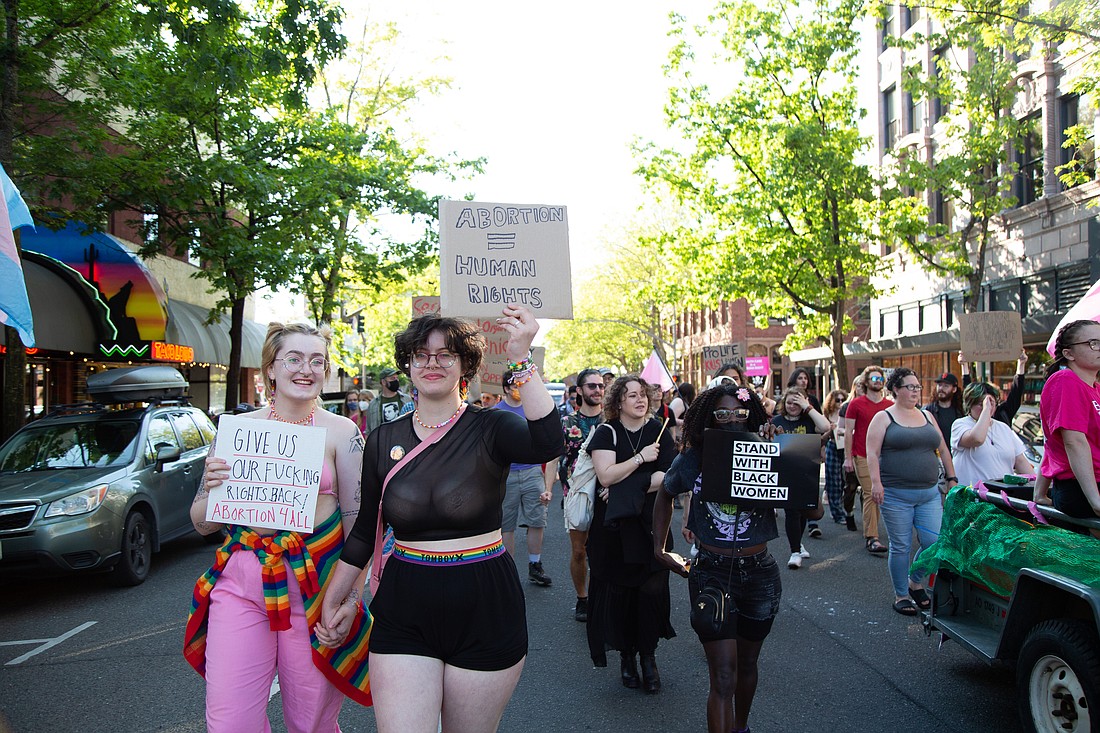 Around 100 people carrying signs and flags marched through the streets of downtown Bellingham in honor of the anniversary of the 1969 Stonewall Riots on July 1.

The Stonewall Riots were prompted after police raided the Stonewall Inn, a gay club in Greenwich Village in New York.

The goal of Friday's march was to honor "the queers, queens and troublemakers who came before."

Whatcom Pride events will continue through the month of July. 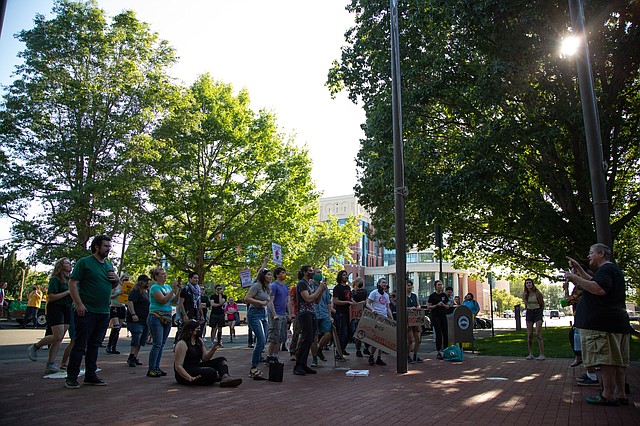 A few dozen people rallied on the steps of the courthouse in support of abortion and health care. (Hailey Hoffman/Cascadia Daily News) 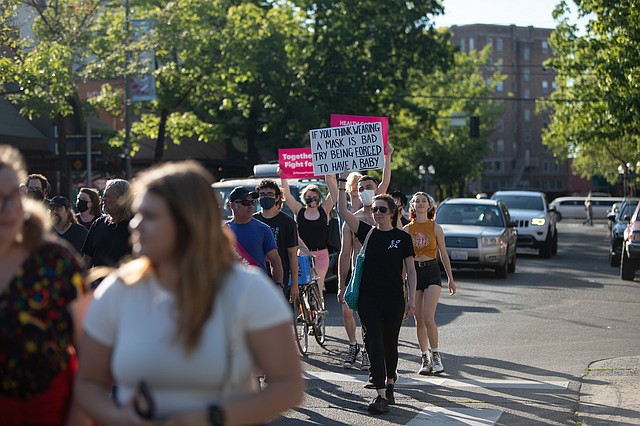 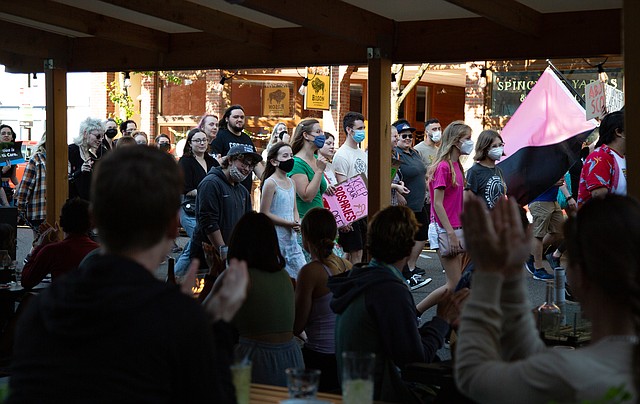 Street diners at Storia Cucina clap and cheer in support as the group marches by with signs and flags. (Hailey Hoffman/Cascadia Daily News)