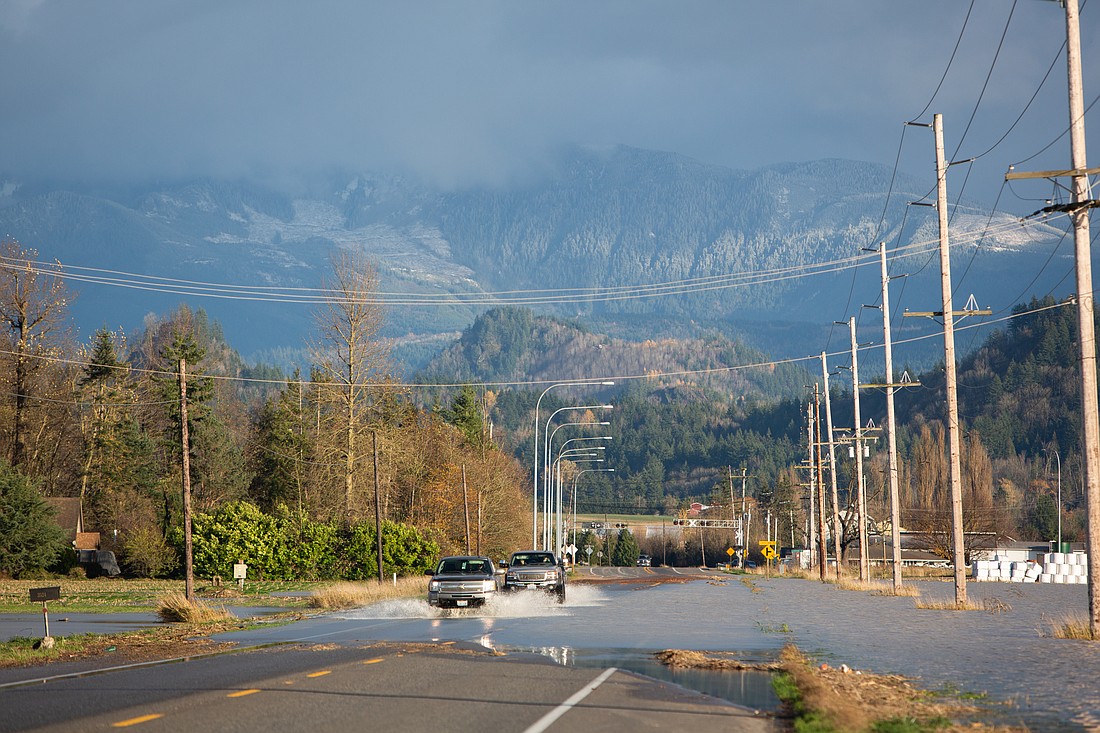 Several Canadian publications have recently written articles about Whatcom County’s flood hazard reduction programs. I understand why Canadians are interested in the topic of Nooksack River flooding given the recent devastating floods in many regions of lower British Columbia.

Some of these articles have been well researched, but a few have included significant inaccuracies with regard to Whatcom County’s plans. I want to take this opportunity to address these misrepresentations.

First of all, Whatcom County does not and has no plans to “send” Nooksack floodwaters north to Canada. The Nooksack River naturally overflows its banks during high flow events near the Whatcom County town of Everson, and this water flows downhill through an old river valley north into the town of Sumas and across the border into Canada.

This doesn’t happen during every flood, but it does happen during significant floods. Mother Nature and gravity have been sending water in this direction toward what used to be Lake Sumas for millennia. And communities on both sides of the border have been creating their land use plans for decades with this knowledge in mind.

This “flow split” between the main channel of the Nooksack River and the overflow channel going north was evaluated after the 1990 floods at length. Whatcom County’s current comprehensive flood plan, adopted in 1999, recommended maintaining the existing flow and evaluating a host of measures to reduce future flood damages.

Since then, U.S. and Canadian agencies have worked collaboratively to evaluate some of those mitigation measures through the Nooksack River International Task Force, which was established after the 1990 floods. We are now in the process of updating that plan, taking a fresh look at where flood waters go and how that is likely to be impacted by a changing climate.

Secondly, there has been talk about Whatcom County establishing a path to send floodwaters north to Canada. To be clear, Whatcom County is not constructing or creating any new flood channel. As part of the floodplain mapping process, the U.S. Federal Emergency Management Agency (FEMA) identifies a “floodway” which has a specific set of regulatory requirements. FEMA defines a “regulatory floodway” as the channel of a river or other watercourse and the adjacent land areas that must be reserved in order to discharge the base flood without cumulatively increasing the water surface elevation more than a designated height. This designated height is one foot for most communities, including Whatcom County.

FEMA is currently in a multi-year process to update its flood maps for the Nooksack River. The current maps are based on work done in the late 1970s. FEMA used computer modeling to delineate a draft updated flood map that identifies where the majority of the Nooksack River water is projected to flow during significant floods. This draft flood map is based on existing topography and peak flows for a 100-year flood.

The technical work for the draft mapping has been completed, but it is still a draft because FEMA is working to address input received from communities that will be impacted by the new maps. The devastating floods of November 2021 were modeled pretty well in the new draft map created by FEMA.

At a recent citizens advisory committee meeting, community members discussed expanding a program to acquire homes located in designated floodways and other frequently flooded areas. Buyout programs like this reduce future risk. They don’t change the direction water flows; they simply take people and homes out of harm’s way. We are trying to provide a buyout option for people in Whatcom County who live in the highest risk areas and who sustained the most damage, so these people can recover and live in a safer place.

We are not just targeting areas between Everson and Sumas for this, we are considering numerous high-risk homes that meet the criteria, many of which are along the Nooksack River downstream of Everson. Whatcom County has implemented buyout programs of various sizes for many years, and we are trying to bolster the program to help people recover as quickly as possible. This isn’t the only solution, but it is one thing we can do to help the most vulnerable residents.

There are no simple or easy solutions. Every attempt to change the conditions or direction of where floodwaters go directly impacts someone else.

The numerous studies of the Nooksack River over the course of many decades have made one thing clear: there are no simple or easy solutions. Every attempt to change the conditions or direction of where floodwaters go directly impacts someone else. To be specific, any measures taken to reduce the natural overflow near Everson will have significant impacts on the people downstream.

Solutions must be carefully studied

That does not mean that we should just let certain people take the brunt of the flood impacts, so that others avoid impacts. It means that solutions must be carefully studied and balanced so that we do our best to reduce the overall impacts on people living both upstream and downstream, or north or south of the border. An action that transfers risk without fully mitigating the increased risk is not a solution to the problem.

Whatcom County remains committed to working with our local, state, federal, and tribal partners to maintain an open dialogue and cross-border communication with our Canadian counterparts. We welcome the opportunity to strengthen dialogue on this topic through the Nooksack River International Task Force, and we will continue the important work of engaging all stakeholders through our existing flood planning processes. There is no single solution that will magically fix this problem. It’s only when all stakeholders work together that meaningful and comprehensive change can happen.

Editor's Note: Among the stories highlighted by Whatcom County officials as misleading with regard to flood-control measures were a Vancouver Sun story and an article in the Global News, both suggesting Whatcom County was devising a floodway plan to send floodwaters to Canada.