Millions of trees are coming to Whatcom

Nonprofit is working toward a greener community 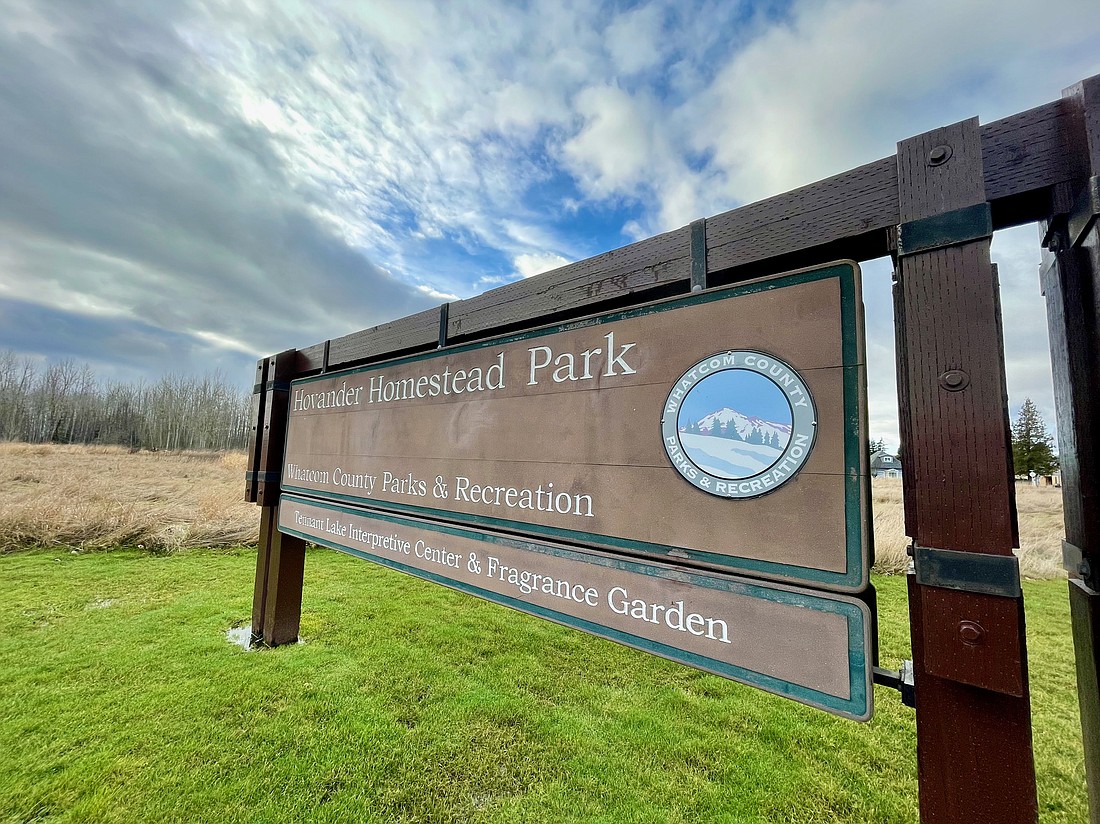 Michael Feerer was hiking his usual trail around Lake Padden on a chilly day last January when he noticed an odd array of conifer seedlings.

“They were only in certain spots, and I was a little puzzled about that,” he said. “I began wondering about the planting, and then began to research and read more about it.”

Feerer reached out to Bellingham’s Parks and Recreation department to inquire about growing saplings in his own yard; he thought it would help in the community’s ongoing efforts in the fight against the carbon crisis.

He was directed to a small group hosting discussions about the ongoing climate crisis via zoom. After he participated in a couple of sessions, the Whatcom Million Trees Project (WMTP) was born.

Still in its infancy, the WMTP earned its nonprofit 501(c)(3) status in 2021 and has started to tackle reforestation and resiliency projects in local parks, neighborhoods and agricultural lands across the community.

“We’re ramping up to plant and protect 1 million trees within Whatcom County,” Feerer explained. “Not only as a response to the climate crisis and the biodiversity crisis, but also to enhance the resilience and health of our local communities.”

“Tree planting alone will not solve the climate crisis. Admittedly, we’re just a drop in the bucket, but it’s a way to do our share of carrying the load while directly benefiting the community.” — Michael Feerer

As the executive director of the project, Feerer had a hand in organizing several tree conservation projects, and has plans to plant and protect thousands of trees in the coming years.

“One million [trees] is big in scale and scope, so it will have a meaningful impact,” he said.  “Tree planting alone will not solve the climate crisis … Admittedly, we’re just a drop in the bucket, but it’s a way to do our share of carrying the load while directly benefiting the community.”

“What I see happening county-wide over time is the fragmentation of the landscape,” explained Gabe Epperson, Whatcom Land Trust’s executive director. “A lot of that has to do with residential development in particular.”

Often, new construction developments clear the lot of the existing landscape, removing native plants and trees that have been growing for decades.

“Local and native vegetation are being converted to the residential aesthetic,” Epperson said. “Homes go in and they’re putting in lawns. It looks really nice, but if people were growing native plants or native trees or maintaining the native habitat, you’d still have a lot of biodiversity and sequester a lot of carbon.”

The Million Trees Project is developing plans to work with large landowners to protect existing trees in perpetuity, Feerer said. Part of their approach includes acquiring conservation easements and using carbon credits to ensure that trees will not be cut down or damaged.

Bellingham joins the ranks of cities around the world that participate in the Million Trees Initiative, a group of ongoing environmental projects designed to plant trees and reduce carbon dioxide in the air. Several U.S. cities, including Seattle, have participated in the project.

“There’s a pretty good precedent for this project,” Feerer said. “King County completed a five-year, 1 million tree effort themselves this last year, and now they’re extending it forward to hopefully plant 3 million trees over the next several years.”

Because the group got its start during the COVID-19 pandemic, in-person work has been limited, though they are working toward several big projects in 2022, including planting in Ferndale’s Hovander Park and Julianna Park in Bellingham.

“We’ve confirmed that Julianna Park in the Cordata area has around 5 acres that could use carbon-capturing conifers,” Feerer said. “We’ll plant approximately 1,000 trees there in 2022.”

Site prep, which involves the removal of invasive species, and coordinated planning with the city takes time and significant volunteer effort. There’s a small window of time for optimal tree planting, which has also slowed the project down.

“Tree seedlings are best planted in late fall/winter, so we basically missed this season’s cycle,” Feerer explained. “Next fall/winter will be a whole different situation.”

Each tree sapling costs around $1, Feerer said, but the time and work investments necessary for long-term tree survival typically bring the “success cost” to around $10.

The Million Trees Project is not the first to work toward saving trees in the region, and has partnered with several existing community groups, including the Nooksack Salmon Enhancement Association and the Whatcom Land Trust, which is in the process of identifying areas where the Million Trees Project can begin planting next year on 7,000 acres of Trust-owned land.

“We’re focusing on near term projects at the moment, including planting at our new California Creek properties, our Ladies of the Lake property at the south end of Lake Whatcom, Fenton Nature Reserve in the Dakota Creek watershed, and our Kelsey property near Lake Terrell,” Whatcom Land Trust’s stewardship director Jennifer Mackey said. “Longer term, we’re hoping to do some larger planting projects in the upper Samish River area to improve habitat for multiple species.”

Feerer has hiked in parks and forests around the world, but says the local trails are some of his favorites.

“Altogether, my mileage added up to the point where I’ve hiked one and a half times around the equator of the Earth,” he said. “Lake Padden and the Stimpson Family Nature Reserve, and up in the Chuckanuts; we’re so blessed with a lot of great trails here, and that’s part of what we want to address with our reforestation.”

Due to conflicting information provided from sources, the cost of a seedling was misstated. The actual cost of a seedling is $1, according to Feerer. The story was updated to reflect that at 4:15 p.m. Jan. 27. The Cascadia Daily News regrets the error.