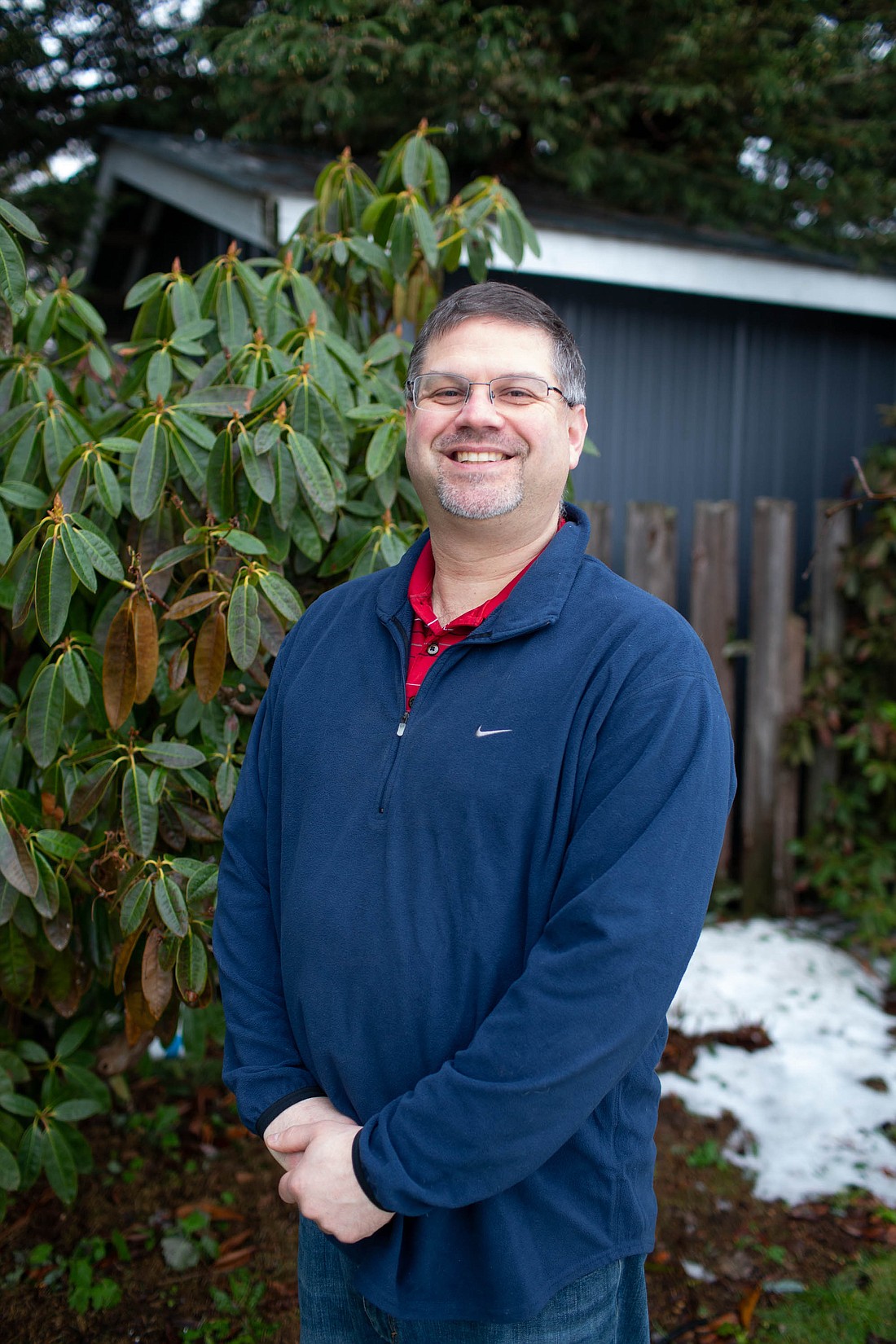 When the skies opened and rain crashed down early in the current flood season, Randy Small hit the streets to livestream the downpour that would flood north Whatcom County to his Facebook page, Whatcom County Weather. As he crossed the bridge spanning the Nooksack River in Everson on that mid-November day, he was struck by how high the water had already reached. With another 22 hours of rain still coming, he foresaw a catastrophe. Before he ended the livestream, he simply said, “This isn’t good.”

As water poured over the banks and rushed into homes in Sumas and Everson the following day, Small was there to photograph, take video and amplify the calls for help and support in rescues to his (then) 27,000 Facebook and 4,000 Twitter followers.

“I started seeing boats being launched, I’m like ‘Oh, boy, boats are being launched because people need to be rescued,” Small said. “I realized at that moment that this was a historic flood.”

With the help of the Whatcom County Weather Facebook page, approximately 25 civilian boats came to help Search and Rescue and other local responders rescue people from the rising waters, Small said. He was inspired by how the community responded to the call for support.

“Being a part of it is one of the highlights of my life,” Small said. “Not the flooding part, not the ruin, all the money loss and all that, but being part of the whole operation and disseminating the information and doing the video work.”

Small said he has always been a service-oriented person, and he initially started sharing local weather updates on Facebook to help inform his family and close friends. The Whatcom County Weather page, which he runs with his friend Sean Wheeler and aunt Karen Coleman, now shares those same updates with more than 35,000 people (and counting with each new storm). For every storm or weather event, a plethora of photos, videos, storm maps, updates on roads and endless discussions are made available to community members.

It may be a surprise to many that weather is not Small’s full-time gig. He is also a pastor for Liberty Baptist Church — the same church he grew up in and his father led in Lynden. When Small graduated from college with a degree in youth ministry, he received a towel that said “Be Great. Serve” in reference to a Bible verse in the book of John. It is a principle he’s tried to live his life by, and informing and showing the community the weather is one way he serves the community beyond the walls of his church.

“I think as leaders, that's the way we're going to model leadership is to be serving others,” Small said.

Mike Hall, Small’s close friend of 10 years, said he sees Small’s work and service to the community as a result of his inquisitive nature.

“He likes to know what causes things and what’s happening, and what it’s doing,” Hall said. “He wants to know everything he can about the situation, and I think that’s something that really drives him.” 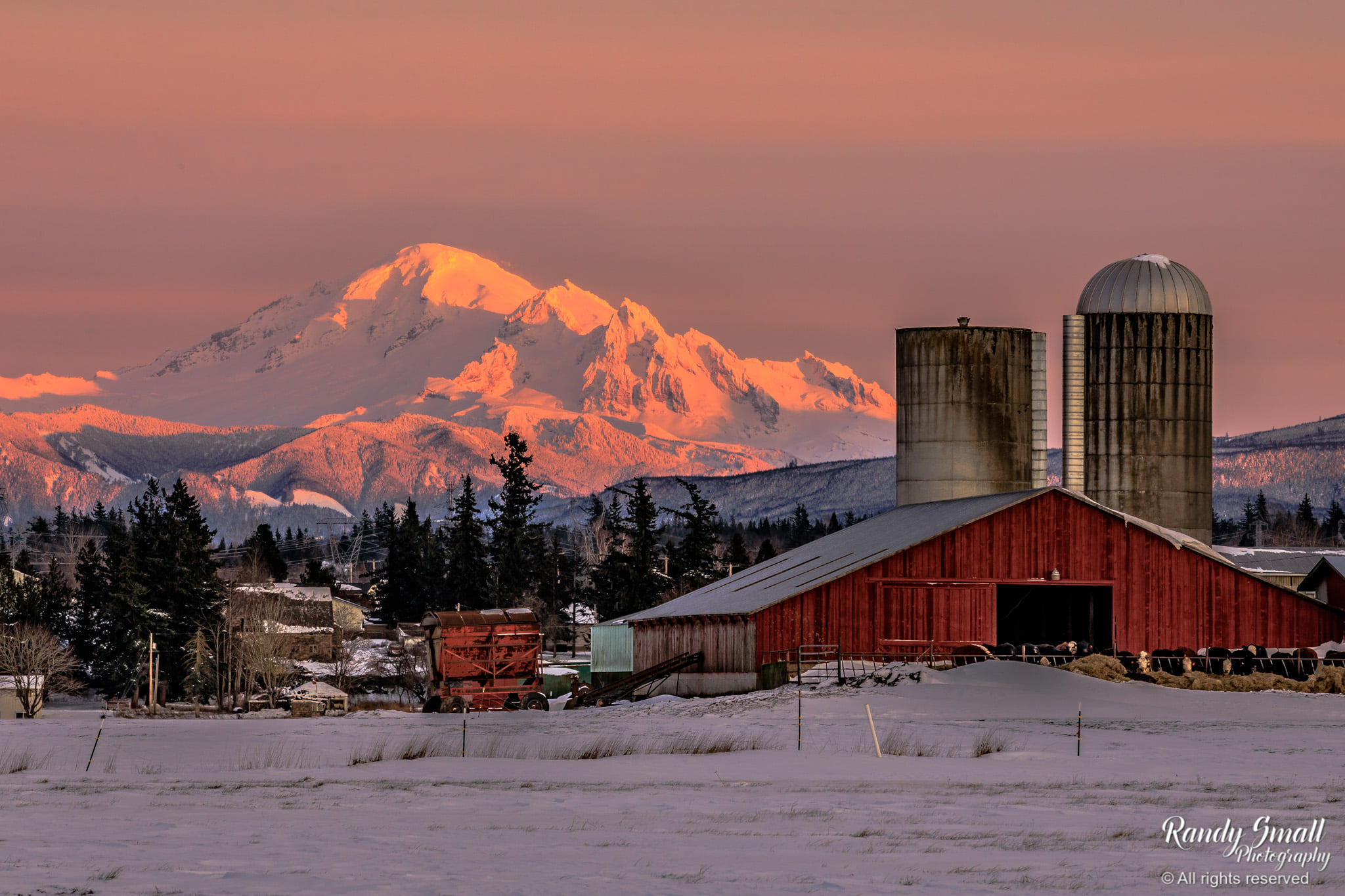 The sun sets on Mount Baker as seen from snowy Lynden on December 31, 2021. (Photo courtesy of Randy Small)

Small said he’s always loved taking pictures of the mountains but didn’t think to do it professionally until March 2016. Small was riding with his wife, Judy, at the wheel down Hannegan Road toward Bellingham. When the Twin Sisters appeared, looming over the valley under a fresh blanket of snow, Small had Judy pull over, and he snapped a photo with her point-and-shoot camera. Later, when he opened the photo on his computer, he was happy to find a beautiful red barn with two large grain silos centered perfectly beneath the mountains.

A long-standing joke between Small and Judy was that she would always delete his pictures because the composition was poor.

“In that moment I said, ‘You know, what if I would slow down, be patient and listen to my wife,’” Small said. “She always told me you got to look at the whole picture. You can’t look at one thing.”

A few months later, Small bought his first DSLR camera for $150 and checked out photography books from the library. When his nose wasn’t in a book, he was watching other photographers and storm chasers online and gaining inspiration.

One vital source for him early on, he said, was the KOMO Legion of Zoom Facebook group, headed by then-KOMO digital meteorologist Scott Sistek. The page started with around 25 photographers and is now a hub for thousands of Northwesterners who post and enjoy nature and weather photographs.

While most photographers on the page contributed images of the Seattle skyline and Mount Rainier, Small brought photos of Mount Baker, the Twin Sisters and the barns that scatter north county.  He quickly became a main source for Whatcom County weather coverage, Sistek said.

“When they had the flooding up there, he wasn’t just there to shoot pictures,” Sistek said. “He was there connecting with the community and getting the stories.”

Sistek watched Small grow through the years. Initially, his shots showed up on regional stations, but now his photos are reaching national audiences through his work as a stringer for Live Storms Media. The organization employs photographers and videographers around the country to document weather and storms to distribute them to regional and national media outlets. Sistek, who now works for Fox Weather, sees photos and videos by Small that Fox bought from Live Storms.

“I remember when Randy was just getting started and sending his pictures, and they’d be nice,” Sistek said. “Now look, he is a huge part of a national network’s coverage of a major event.”

Small said the response and support from the community allows him to keep going. As his page grew, people began buying his landscape and weather-themed prints, puzzles and calendars to support his work. During 2020 with the pandemic and shutdowns, he made more than $7,000 from puzzles alone. 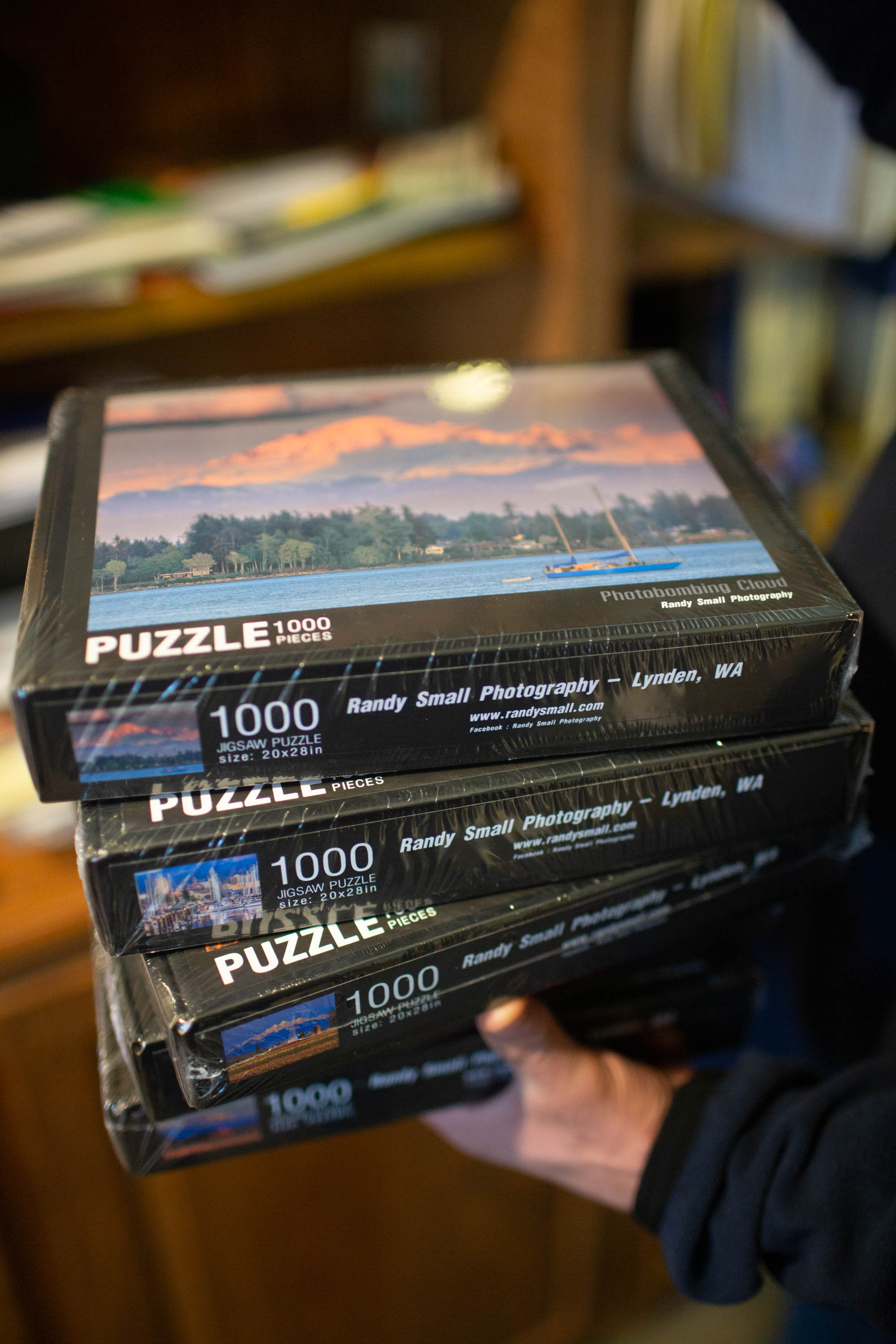 “I think people see the service of me being out in the storms. I’ve been in the middle of wind storms, flooding snow and ice,” Small said. “People are seeing the value of having a local guy on the ground doing the weather.”

When the storms roll out, Small spends time at his church, with Judy and their three children and with those closest to him.

“He makes time for his people, for the folks that he’s pastoring and also the folks in the community,” Hall said. “That’s something to him that’s important.”

Small’s work is published online at randysmall.com and his puzzles and calendars are in stores around the county.