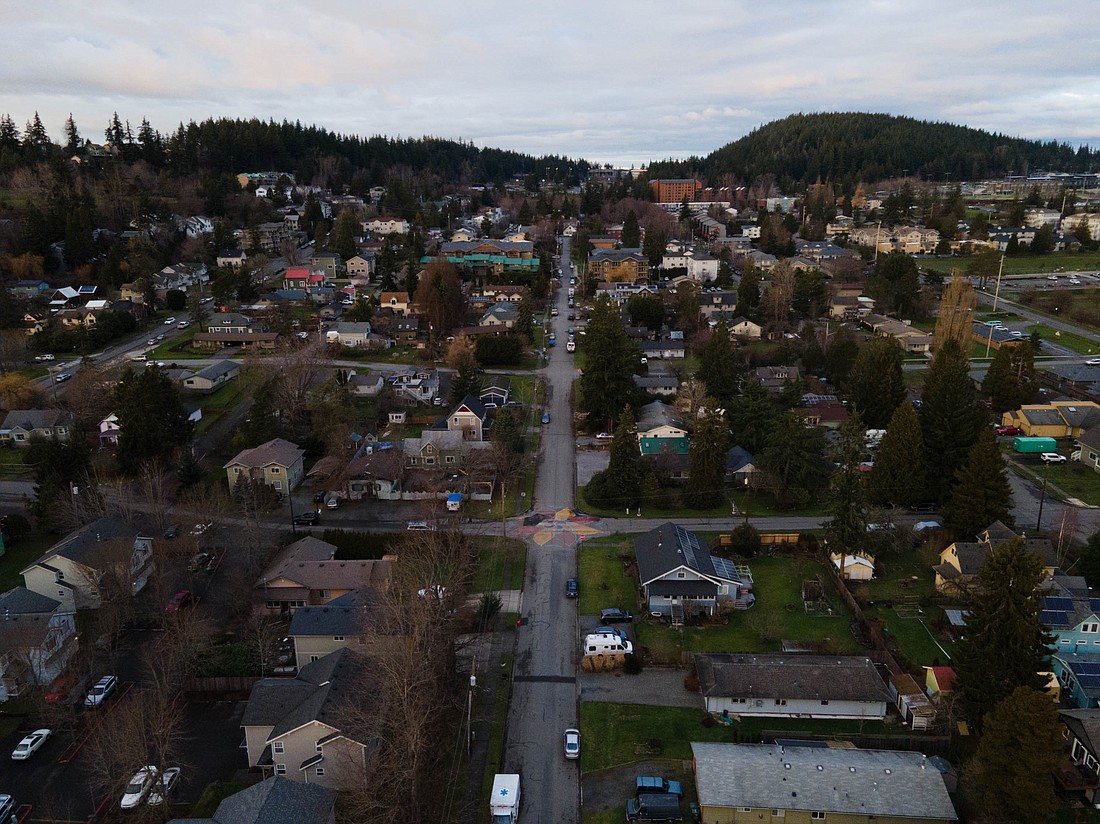 The Washington state Legislature is considering a bill that would put more money toward construction of low- and moderate-income housing and would loosen restrictions on single-family zones. (Hailey Hoffman/Cascadia Daily News)
By RALPH SCHWARTZ
Staff Reporter

While the rest of the Washington state Legislature hit the ground running at the start of its annual session on Jan. 10, the senator from Whatcom County had to race to catch up.

Simon Sefzik, who at 22 is the state's youngest senator, didn’t arrive in Olympia until the night of Jan. 11, hours after he was appointed to represent the 42nd Legislative District.

“Ever since [Jan. 12], we’ve been zero to 100 with meetings,” Sefzik said in a hurried interview during his first week as senator. “Both my Democratic and Republican colleagues, for the most part, have been kind and cordial to me.”

The Whatcom County Council waited until day two of the legislative session to appoint Sefzik to replace Sen. Doug Ericksen, who died Dec. 17, 2021, after being hospitalized for COVID-19. 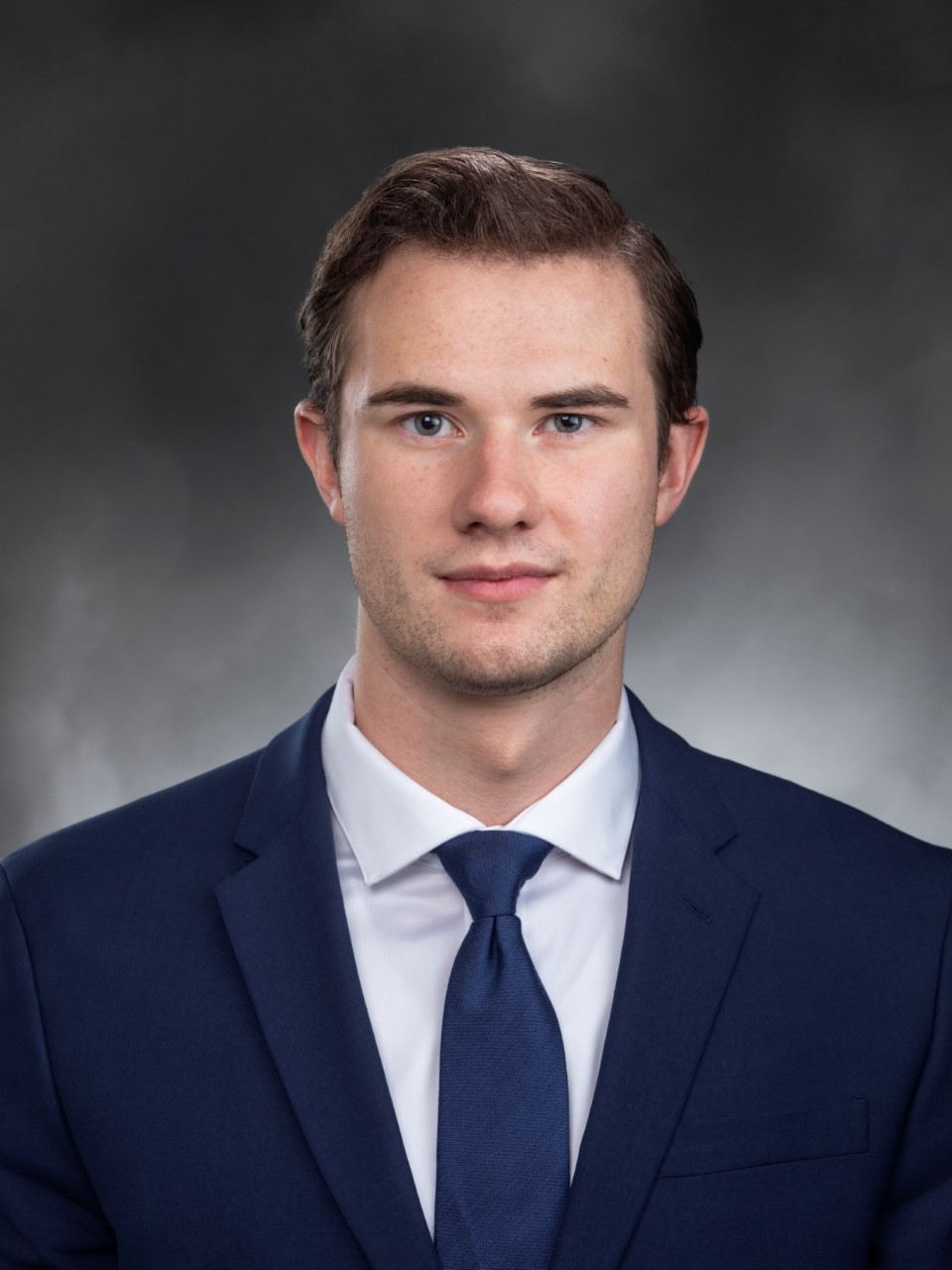 Sefzik, who worked in D.C. in the office of a Republican congressman and the Trump White House, may be a relative unknown to some political observers in Whatcom County. Local Republicans, however, have had him on their radar for several years. He told the Whatcom County Council he has been working on local political campaigns since he was 8 or 9.

“This is a young man who is the future of the Republican Party,” said Luanne Van Werven, a Republican who served as a 42nd District representative from 2015 to 2020. She was on the local party committee tasked with finding Ericksen’s successor. “We talk a lot about wanting to bring the next generation on board and to attract youth to the Republican Party, and it was basically an opportunity for the party to put our money where our mouth is.”

In his pitch to the County Council, Sefzik called for an end to political divisiveness. “We are not here in Whatcom County a conglomeration of red and blue precincts,” he said. “Instead, we come together to help those … in need, and give them the support that they deserve.”

As they deliberated on their Senate appointment, some County Council members stressed the importance of sending someone to Olympia who could advocate effectively for victims of the November 2021 floods in the 42nd District, which includes north Bellingham and northern Whatcom County. Sefzik and the two Democrats in the House who represent the 42nd District have all said flood response is a high priority.

“We are not here in Whatcom County a conglomeration of red and blue precincts. Instead, we come together to help those … in need, and give them the support that they deserve.” — Simon Sefzik

Meanwhile, disruptions that have plagued the state ferry system are on the minds of lawmakers who represent Island and San Juan counties.

Also on the docket this year are new zoning laws that would make it easier to build affordable housing — an idea that has support from both parties. Some local Democrats are working to advance Gov. Jay Inslee’s climate goals during the session, while some Republicans would like to see tax relief for Washington residents, given that state revenues are exceeding initial projections for the 2021–23 budget.

Rep. Sharon Shewmake, a 42nd District Democrat from Bellingham’s Lettered Streets neighborhood, said the Legislature’s role in the aftermath of the November floods is less about short-term help and more about preventing similar disasters in the future.

“In addition to encouraging people to apply for FEMA support now, we need to think about long-term solutions for people in the Nooksack basin,”  Shewmake said in an email to constituents on Jan. 13. “I’ll be pursuing big investments in our capital budget for flooding projects.” 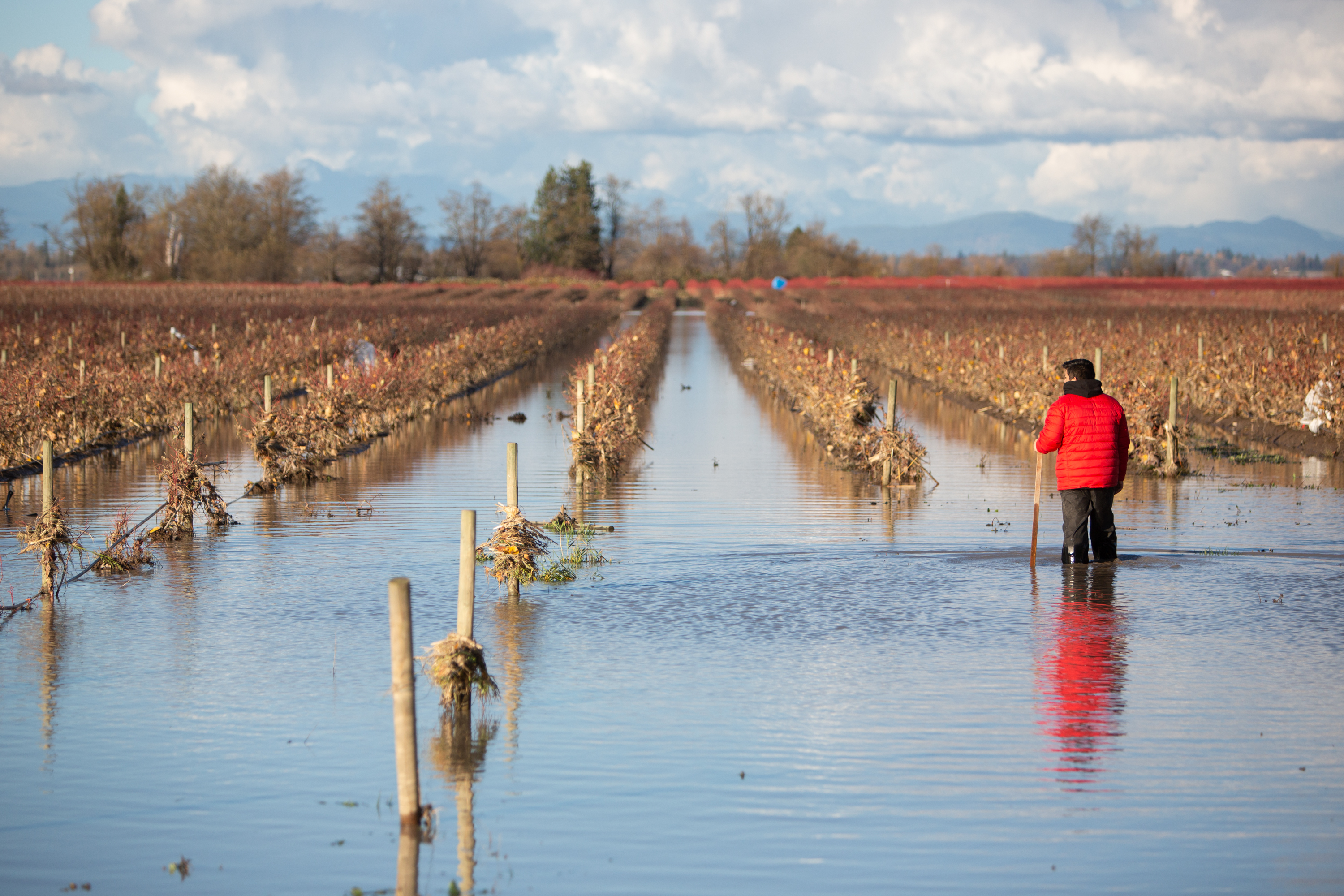 A man walks through a flooded field in Everson on Thursday, Nov. 11, 2021. (Hailey Hoffman/Cascadia Daily News)

In a Jan. 10 letter to local, state and federal officials, Shewmake and fellow 42nd District Rep. Alicia Rule said they were asking for $7.75 million as “a down payment for the first stage” of flood protection work that would require cooperation from officials in Canada.

“We ask Whatcom County and local governments to think big in finding solutions,” Shewmake and Rule wrote. “Everything is on the table.”

Sefzik said he was interested in both long-term solutions to north Whatcom County’s flooding problem and more immediate financial assistance for flood victims.

“That’s something that I want both sides of the aisle to be involved in,” he said.

Rep. Greg Gilday, a Camano Island Republican, said his top priority this session is affordable housing. “Everything from home ownership to rent has been increasing at an astronomical rate, and it’s by and large due to lack of supply,” Gilday said. “There’s a lot of housing bills out there, but unless they’re going to go toward increasing the supply, they’re not addressing the underlying issues.”

Gilday co-sponsored a bill that would allow cities and counties to take some of the real estate excise tax that would normally go to the state and put that money toward construction of low- and moderate-income housing near transit.

These so-called “incentive zones” would allow for denser residential environments in single family zones, permitting mother-in-law homes, aka accessory dwelling units; duplexes and even fourplexes. Housing policymakers often refer to this type of housing as “infill.”

Sen. Liz Lovelett of Anacortes said Democrats and Republicans have shown a willingness to work together to solve the state’s housing crisis.

“I do think that what we need to accomplish is infill,” Lovelett said. “The impact on the neighborhood is very minimal.”

Bellingham loosened restrictions on accessory dwelling units in 2018, allowing them in all single-family zones outside the Lake Whatcom watershed. The city required residences with ADUs to be owner-occupied, although a bill sponsored by Shewmake this year would prohibit the city from requiring owner occupancy. 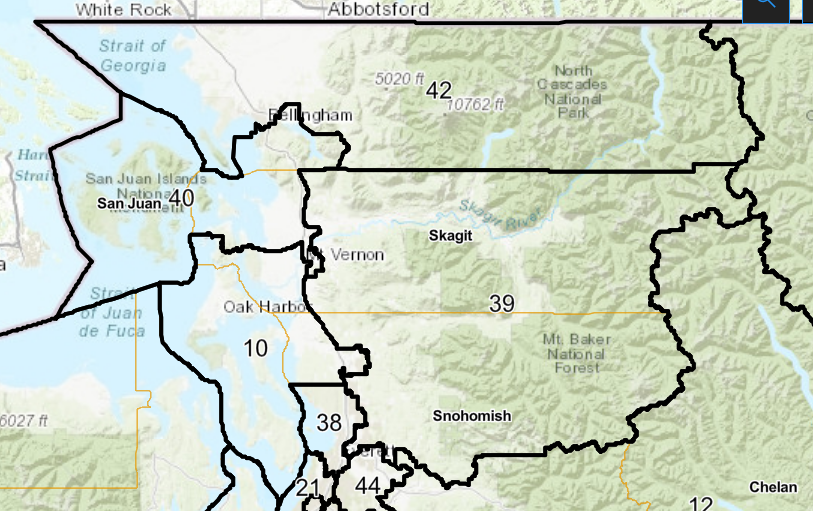 Clockwise from top: The four state legislative districts that include Whatcom, Skagit and San Juan counties are the 42nd, 39th, 10th and 40th. (Map courtesy of Washington State Redistricting Commission)

Legislators with state ferry terminals in their districts hope to fix the staffing shortages that led to reduced schedules and cancellations last year. Rep. Alex Ramel of Bellingham, whose 40th District includes Anacortes and the San Juan Islands, said the ferry system has trouble retaining staff because newcomers don’t get regular shifts during the slower months. Training and certification requirements are a financial burden for newer employees, Ramel added.

“The training and the workforce issues need to be part of the transportation budget we’re going to pass,” Ramel said.

Legislators hope to pass a transportation package this year because they failed to get that done a year ago. Similar to earlier transportation packages, last year’s proposal would have been funded by a gas tax increase. This time around, lawmakers on both sides are considering alternative funding sources, including an existing revenue stream that will beat initial projections by $3.6 billion in this biennium alone. The state also has $1.3 billion left over from federal pandemic relief, and it’s getting $3 billion from the infrastructure package the federal government adopted in November 2021.

Rep. Carolyn Eslick and Sen. Keith Wagoner, two Republicans whose 39th District includes eastern Skagit County, would like the state to cut property taxes in light of the projected revenue surplus. “People are literally being taxed out of their homes” due to rapidly rising housing costs, Wagoner said. Any property tax rollback, he added, would not affect revenues collected by schools and other local jurisdictions.

Wagoner said he would also introduce a bill to repeal a tax on cellphone usage instituted last year that increases to 40 cents a month in 2023.

Gov. Inslee in December advanced a suite of climate change proposals that would cost $626 million — a package Ramel helped write. The 40th District Democrat is focusing on reducing the carbon footprint of buildings in the state. Buildings are the state’s second biggest source of carbon emissions and the fastest-growing, according to the Department of Commerce.

In part, Ramel’s legislation is intended to lure builders away from natural gas and toward all-electric heating systems.

“When you build a building that requires fossil fuel burning, you’re committed to burning that for decades to come,” Ramel said. “We’re out of time to be adding decades to the problem.”

Inslee and Ramel’s proposals are intended to help the state meet a self-imposed carbon reduction target. The state needs to eliminate an estimated 6 million metric tons of annual emissions to meet its goal by 2030, according to a governor’s report posted on Medium.