County's response to COVID-19 is under the microscope

Makeup of policy-setting Health Board could see changes 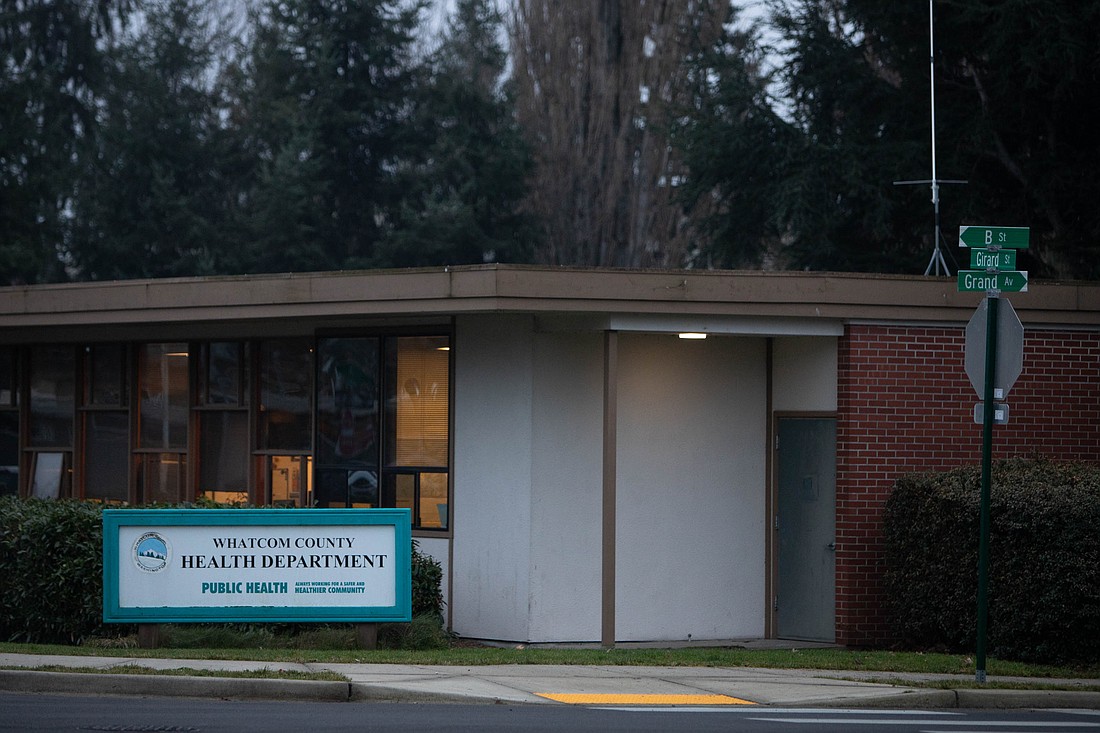 Even as COVID-19 rages on, Whatcom County health officials face deadlines to look back at their response to the pandemic.

A new state law may require Whatcom County to reorganize the boards that guide public health policy by July. Just how much change is needed isn’t yet clear. The county Health Board, composed of the seven members of the Whatcom County Council, meets on Feb. 1 to begin hashing this out.

As the Health Board considers how it might remake itself, a special commission established by the council late last year will meet behind closed doors to evaluate the county government’s overall response to the COVID-19 crisis. The commission may itself recommend changes to the composition of the Health Board and will review how well county health officials communicated with the public during the nearly two-year emergency.

The new state law, which goes into effect July 1, requires half of a local health board’s membership to be unelected health experts, health care consumers and other stakeholders. The other half will be elected officials. Currently, health boards around the state vary in makeup, with positions filled by some combination of publicly elected city or county officials and private citizens.

“This bill, which my office requested, takes the politics out of public health,” Inslee said in a bill-signing video from May 10, 2021. “Including public health experts and community members to these boards will offer our communities better direction on these issues.”

Politics was blamed for the Spokane County Health Board’s decision during the pandemic to fire the county health director, who was a medical doctor. The Yakima County Health Board reorganized itself mid-pandemic to concentrate more power among the county commissioners. Critics said these health boards were retaliating against decisions that had kept businesses closed during lockdowns.

For different reasons, political tensions ran high on the Whatcom Health Board during meetings at the start of the pandemic. Conservative members of the Health Board wanted the county Health Department to give the public more information about where COVID-19 case clusters were coming from. More progressive board members, who held a 4-3 majority, generally said the experts in the Health Department should decide what the community needs to know.

“I trust what you’re doing,” Health Board member Carol Frazey told Health Department officials at a March 10, 2020 meeting. “There’s a lot of smart people who have been doing this disaster preparedness and all that, and (we should) allow you to do your job.”

At a March 17, 2020 Health Board meeting, Whatcom Communicable Disease and Epidemiology Manager Cindy Hollinsworth said information about sources of outbreaks would divert attention from a simpler message: “Stay home if you’re sick and work from home if you’re able, and let’s do the best that we can to mitigate the spread of disease.”

Health Board and Whatcom Council member Ben Elenbaas countered that people needed to know about case clusters because, in practice, they weren’t following recommendations and staying home.

“I really think that knowledge is power, and we have a duty to share what we know with the public,” Elenbaas said.

At the March 17 meeting, Elenbaas proposed instituting a policy that the Health Department would report clusters to the public. His idea was rejected in a 3-4 vote along political lines.

Health Board member Barry Buchanan said in a recent interview that the board and executive managed to strike a balance of power while navigating the pandemic. “It was a team effort,” he said. “That’s the best way to describe it.”

Buchanan also said politics didn’t interfere significantly with the Health Board’s work and any friction was understandable, given the unprecedented circumstances.

“I think for the most part we were able to get through it,” he said. “We were on such new ground that none of us had ever been through.”

Against this backdrop of old tensions, members of the Health Board will convene Feb. 1 to discuss the new state law requiring some health boards to reorganize. Whatcom County, where all seven Health Board members are elected, does not need to meet the requirement to create a 50-50 split between elected and unelected members because it has a Public Health Advisory Board, or PHAB. As long as the advisory group meets new state requirements, Whatcom’s Health Board could keep its present structure.

“One body — either the Health Board or PHAB — must change their composition to meet the [state] requirements,” said Melissa Morin, a communications specialist with the Whatcom Health Department.

That said, little if anything may need to change at PHAB. The county’s own requirements for filling the advisory group are nearly identical to the language in the new state law. Among other requirements, health advisory boards must include representatives from health care, business, tribes, social and economic sectors such as education or housing, and people experiencing health inequities.

When the County Council voted in October 2021 to create a special commission to assess the county’s COVID-19 response, its members might have imagined the pandemic would largely be in the community’s rear-view mirror by 2022. Then the omicron variant introduced itself to the world in late November. Even as the spread of COVID-19 has become an urgent concern yet again, the special commission will start its work Jan. 27 in a meeting that’s closed to the public.

The ordinance establishing the special commission says the commission's work will be guided by input received by county council members. The council was asked to review the composition of the Health Board and the effectiveness of the county’s communication about COVID-19.

The special commission’s final report, which will be public, is due June 30.