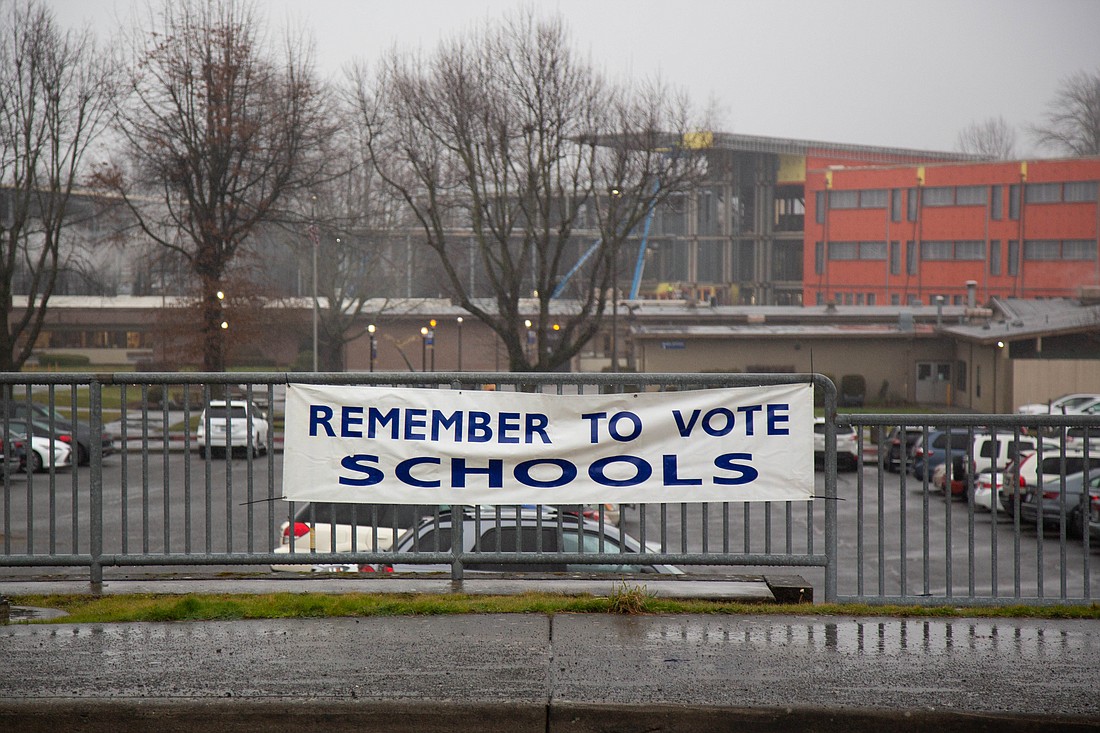 The wounds caused by a failed February 2020 levy for Ferndale School District are still fresh as another tax measure appears on local ballots for Whatcom County's Feb. 8 special election.

After that four-year levy failed to pass, the district had to lay off approximately 100 of its 700 staff members to make up for budget shortfalls before passing a smaller, two-year levy in November of the same year. That allowed the district to eventually rehire a portion of that staff, but district officials said operating understaffed for several months caused a ripple effect on programs and academics across the district.

The new two-year operations levy would replace the levy that expires on Dec. 31 of this year, and it would not raise the property tax rate if approved. The levy would maintain the previous rate of $1.50 per $1,000 assessed value. If a taxpayer’s home is worth $500,000, they would still pay around $750 in property tax toward education annually. The levy is projected to bring in $11 million in 2023 and $12 million in 2024.

In Washington state, K-12 education is not fully funded, so districts must fill holes in budgets through levies and bonds. Levies are short-term raises on local property taxes to fund school operations or technology to enhance learning. Bonds are long-term, usually for larger amounts of money, and are used to improve schools’ infrastructure. Simply, levies are for learning, and bonds are for building.

The levy helps pay for school staff, academic programs and technology and creates more opportunities for learning for students. The levy, which would make up 11% of the district operating budget, needs a simple majority to pass.

Currently, approximately 150 staff in the district are funded by the expiring levy. Around 85% of the district’s total budget goes toward staffing costs.

“Since the levy is a significant part of our overall budget, passing it is going to have a definite impact on the staffing we are able to provide for our schools,” John Fairbairn, executive director of human resources, said in a January Facebook Q&A. “You can't talk about money in a school system without talking about people.”

The levy funds staff like teachers, nurses, deans paraeducators, coaches and counselors. If the levy failed again, the school district would likely be forced to lay off large numbers of staff again.

Math Olympiad, welding, drama, band and robotics club all receive funding from the levy. It helps with special education programs and provides after-school activities to students.

It also enables smaller class sizes and an eight-period schedule with more electives by hiring funding additional teachers and staff.

“Without the levy, we would be forced to cut a lot of staff and programs which will lead to larger class sizes and less student supports,” Ferndale School District spokesperson Celina Rodriguez said in an email.

The district wants to ensure that each student has their own functioning computer throughout the school year. The levy ensures that each student in sixth through 12th grade receives their own device to take to and from school. Ferndale also provides students in kindergarten through fifth grade with devices in the classroom.

Prior to the pandemic, the district had the goal of having a device available for each child. The pandemic and online learning exacerbated the need and highlighted the discrepancies in access to computers among students, Rodriguez said.

Community members with Responsible Oversight Ferndale voiced their opposition toward the levy in the argument against section of the voter guide, saying approval “means endorsing the actions and policies of this district.” Their frustration comes from the district following state policies like mandating masks, enforcing vaccine mandates for all staff and teaching comprehensive sex education. Opponents stated that voting no and depriving the district of more than $20 million in funding is the only way to hold it accountable at a local level.