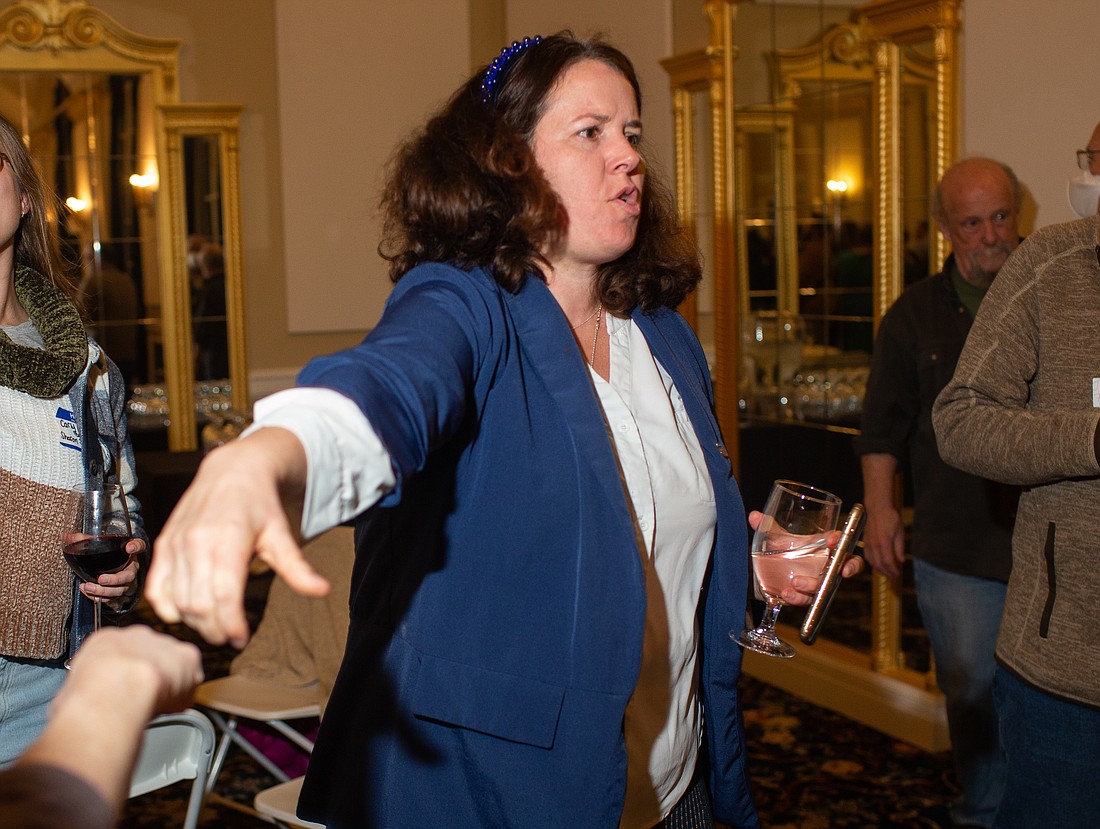 Then-Rep. Sharon Shewmake receives a congratulatory fist bump after receiving the first round of election results at the Hotel Leo on Nov. 8. Shewmake beat incumbent Simon Sefzik in the race for the 42nd District Senate seat. (Hailey Hoffman/Cascadia Daily News)
By CDN Staff

When we hit the online “LIVE” button for an all-new, digital daily, print-weekly news organization on Jan. 24, 2022, Cascadia Daily News launched with a concerted mission: Fill part of a news void in northwest Washington state with a fiercely independent, locally owned and managed, broad-based publication, shining light on a wide range of local public life. Nearly a year later, we hope that our first 12 months of work show some solid steps in that direction.

Visit our Year in Review page (or pick up a copy of the Dec. 21 print paper) to see what our newsroom reporters, editors and photographers consider to be the most memorable and important examples of that work — a glimpse at a year in the life of people in a place we are proud to call home.

Presented below is a list of the 10 most impactful news subjects of the year, chosen by CDN staff.

• Whatcom County mulls industrial future: Ferndale's Intalco aluminum smelter, part of a cluster of industries based around Cherry Point, saw hopes of reopening dashed — at least for now — in December.

• Police face shortages while crime rises: Bellingham residents, angered by a spike in property crime and other offenses, got little satisfaction from local governments, which cited a struggle to attract and retain law enforcement.

• 22 North at a crossroads: A downtown facility became a symbol for issues like homelessness and drug addiction.

• WWU women lead the way: Continuing a legacy of overachieving women's athletics at Western, the basketball team was a national runner-up and the soccer team clinched its second national championship.