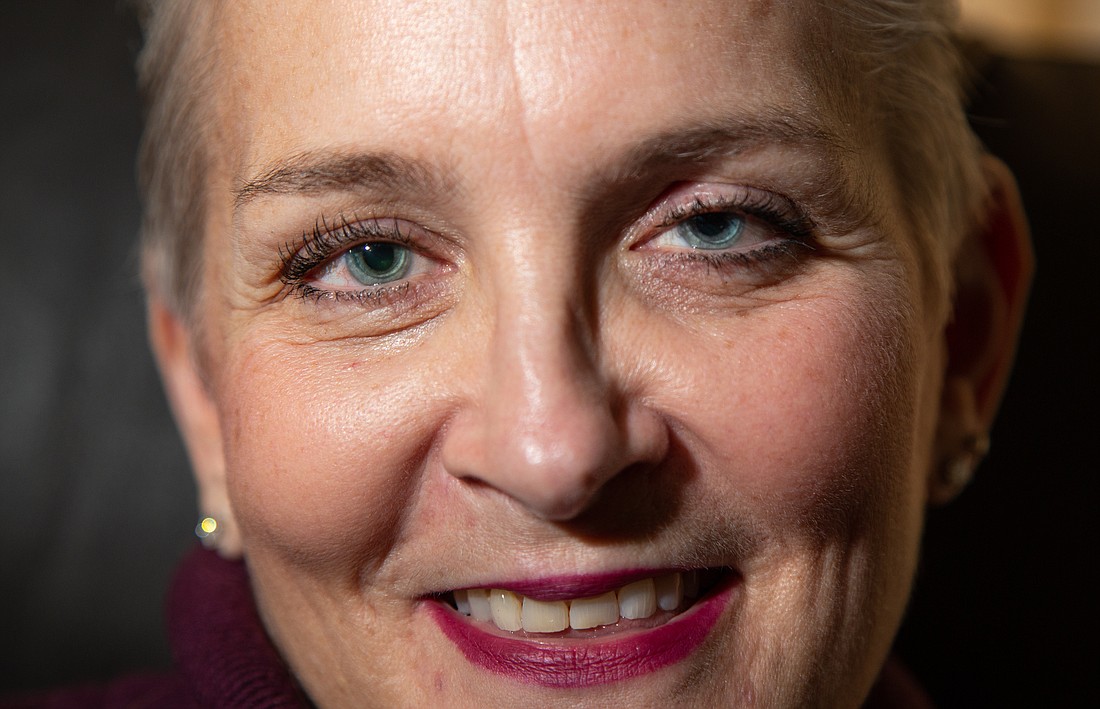 While the notion of the anesthetic drug ketamine as a scientifically supported treatment might alarm some — and conjure images of hospitalized horses or teens gone wild — studies show the drug can be used in small doses alongside psychotherapy to treat mental health conditions such as PTSD, anxiety, treatment-resistant depression and addiction.

Ketamine to date is approved by the federal Food and Drug Administration only as a short-term anesthetic drug and has historically been used in hospitals, on both humans and animals, detaching patients from their pain and environment. An emerging approach, however, uses micro-dosed ketamine as a tool for opening and healing the mind.

Dana Berger, a longtime Bellingham resident and retired teacher and librarian, has lived with anxiety, depression and suicidal thoughts her entire life. Having tried a slew of different medications, Berger had resigned herself to the notion that her mental illness was untreatable.

Berger had been working with her therapist, Karen King, for about 11 years when King began offering ketamine-assisted psychotherapy.

Berger was her first patient.

King, who is a licensed mental health counselor and clinical director of King Health Associates, recalled Berger completing her first session and immediately saying, “We are the universe experiencing itself.”

King prepared herself for a wild ride.

“Your separation between self and others is disappeared, for a time being,” King said.

Berger participated in two ketamine psychotherapy sessions per week for three weeks, then had one session a week for another month. She now occasionally goes in for a booster session. In addition to the mental benefits, Berger said the pain caused by her fibromyalgia significantly decreased two weeks after treatment.

It has now been two years since Berger’s first ketamine treatment.

“I no longer am depressed. I no longer have anxiety,” Berger said. “I swear it’s magic.” 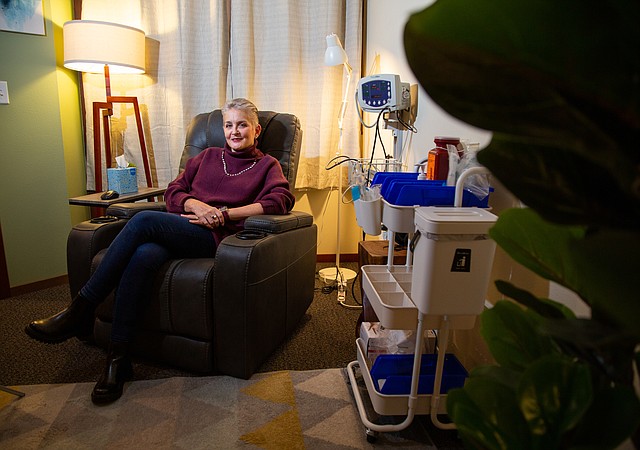 Dana Berger sits in a recliner next to carts of medical equipment at King Health on Nov. 21. Patients undergo the ketamine treatment in the small, cozy room. Karen King – owner and therapist – designed the space to be warm, comforting and safe. (Hailey Hoffman/Cascadia Daily News)

King has done extensive research on the topic, discussed her methods with authors such as Dr. Ron Siegel and has been trained by the Multidisciplinary Association for Psychedelic Studies to perform psychedelic-assisted psychotherapy.

Ketamine works differently than antidepressants, which alter the body’s serotonin levels, King said. Ketamine is thought to work with receptors for glutamate, a neurotransmitter that is crucial to memory and neuronal growth and change.

Still in its infancy, ketamine therapy is not covered by insurance but is permitted for “off-label” uses. It has not been approved as a mental-health treatment by the FDA. But some doctors are prescribing it for that use, with backing by initial research.

King Health Associates, at 315 Lakeway Drive, has offered ketamine therapy since December 2020 and has treated around 140 patients, King said. While studies show ketamine treatment lasts about a year, King said she has been offering the treatment for two years and no patient has repeated the full process.

Patients receive a 10-minute-long dose of ketamine at 0.5 milligrams per kilograms of body weight. The experience is fast and intense and causes them to dissociate from their body. But that’s exactly what King likes to see.

“All the research shows that the more intense the mystical experience, the more positive the outcome,” King said.

Some patients report feeling as though they have shot out into the universe, their consciousness leaving their body behind. Patients have a sensation of returning to their body after about 45 minutes and can follow it with a voluntary hour-long therapy session with one of the therapists at King Health. Ketamine without psychotherapy, King said, is only half as effective.

While everyone metabolizes ketamine differently, King is more curious than worried about the reactions she has witnessed. The strangest reaction to a treatment was a patient waking up in euphoria and rolling around on the grass outside.

A couple minutes away from King Health Associates is Mt. Kulshan Ketamine Clinic, 1313 E. Maple St., another clinic offering ketamine as an alternative treatment for depression, PTSD and more. The clinic opened in November 2020 and takes a different approach.

Owner Joanna Starratt has a master's of science in nursing, is a certified registered nurse anesthetist and is an advanced registered nurse practitioner. She said she first encountered the positive effects of ketamine as an anesthesiologist, when she was frequently approached by psychiatrists who had run out of answers for their suicidal patients, many of whom were veterans.

Starratt said she was able to give struggling patients some relief with ketamine infusions.

At Mt. Kulshan Ketamine, patients receive a 40-minute IV infusion, versus the 10-minute IV bolus method used at King Health. Patients remain conscious and if they feel nauseous or hypertensive, Starratt can turn off the IV.

“Making this a slow and easy experience, I think, is a little bit kinder,” Starratt said.

Starratt’s patients before treatment often struggled to even shower or smile, and were completely bereft of hope, she said. “[It’s] such an amazing thing to be able to watch somebody come back.”

Both King and Starratt have received ketamine treatment themselves, and each said it had a profound and positive impact on their mental health. 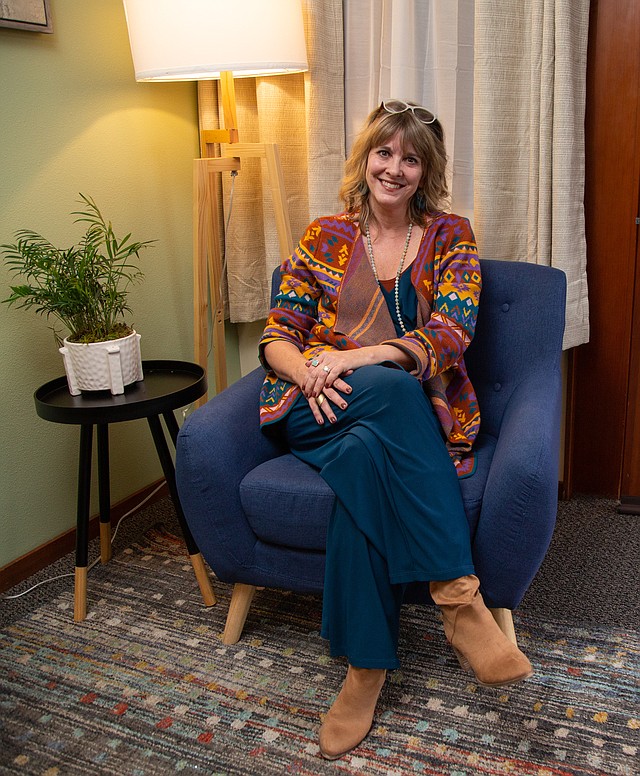 However, experts caution that it isn’t a cure-all.

Some medical diagnoses, like schizophrenia and intensive delusions, cannot be treated with ketamine therapy. Treatment of other disorders are debated, and are offered depending on the clinic or on a case-by-case basis.

King Health Associates will not treat anyone with bipolar disorder types 1 or 2 or those who frequently use alcohol. Mt. Kulshan, on the other hand, maintains that ketamine is a useful tool in breaking the patterns of addiction, and the clinic will see patients struggling with alcoholism on a case-by-case basis. Starratt will also see those struggling with bipolar disorder type 2 (those who experience intense lows but not highs).

Mt. Kulshan's website states treatment is not a magic pill that will solve all mental and physical pain, rather it “increases brain neuroplasticity, calms the brain's alarm system (amygdala) and breaks up the concrete of depression.”

Neuroplasticity is the brain’s flexibility when responding to life experiences, and the amygdala is the part of the brain that dictates the fight, flight or freeze response, Starratt said. For those struggling with PTSD and generalized anxiety disorder, that response is uncomfortably active.

Starratt describes ketamine in the brain like a jackhammer on the pavement: It may sound destructive but leads to smoother roads. As patients return from a session, rest and reflect, the rubble begins to clear, and healthier patterns emerge.