No Joyce in Mudville 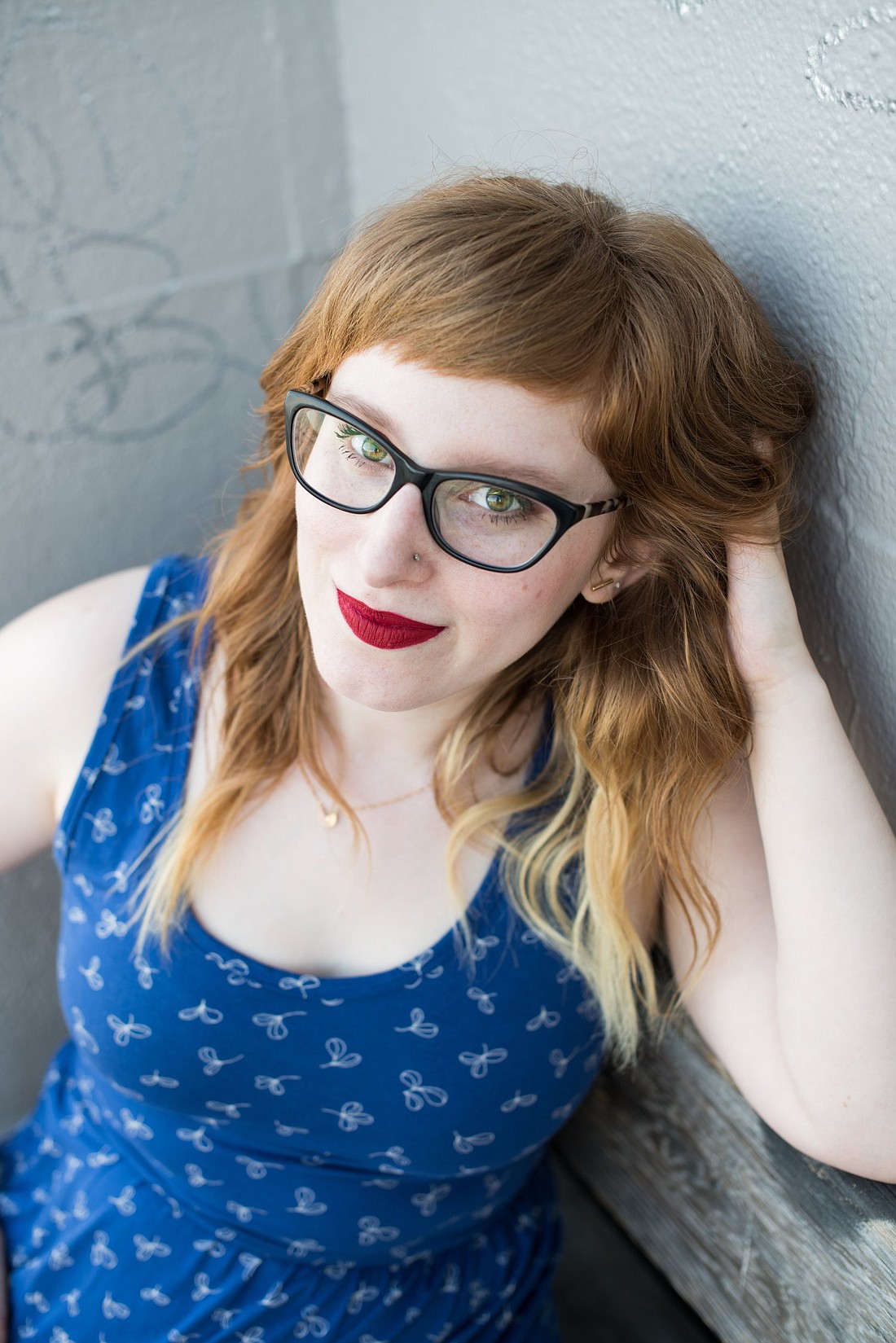 Among the Washington State Book Awards finalists was Seattle resident Rachel Lynn Solomon’s “The Ex Talk.” All five finalists were chosen by the librarians, booksellers and writers at the Washington Center for the Book, who read a year’s worth of fiction published by residents of Washington, then distill a list of five finalists. (Photo courtesy of Sabreen Lakhani)

You are likely familiar with committees, and may indeed spend some time hiding like D.B. Cooper from committee work in order to attend to the relatively fun parts of your job, such as mucking out the office dishwasher filter.

So let us toast those dutiful librarians, booksellers and writers at the Washington Center for the Book who, laboring annually in publishing’s vineyards, read a year’s worth of fiction published by residents of Washington, then distill for our pleasure a list of five finalists for the fiction award for us to taste, or maybe spit out into a bucket.

Having spent some time on a few literary prize committees, your critic can attest such service is not all that bad, but one is occasionally left looking around in hopes of finding a slightly better, or indeed extremely better, group of books to valorize. Yet humility is in order.

One will remember that the Nobel Prize Committee managed to overlook both Virginia Woolf and James Joyce during their lifetimes while bestowing literature’s highest honor upon that most admirable Presbyterian, Pearl S. Buck. In such a case one wonders whether a packet of Nobel’s dynamite might have been well placed beneath the committee’s meeting room floor, notwithstanding Buck’s gentle virtues.

The Fiction award winner, E. Lily Yu’s “On Fragile Waves,” has been recently reviewed here. But your faithful critic has gone off and read all the finalists. So let us sample this year’s vintage! 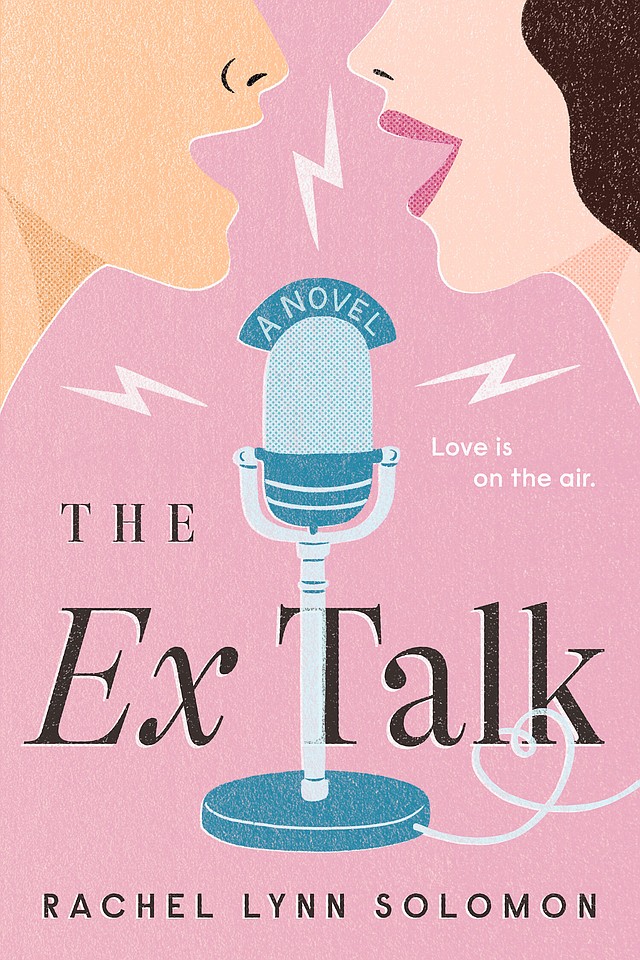 With nothing much at stake in this book, two radio professionals pretend to be exes for the sake of a new show, then, surprising no one, fall in love. (Image courtesy of Penguin Publishing Group)

There is in fact a sort of bomb, or at least an act of demolition, near the end of Seattle resident Laurie Frankel’s pallid, unconvincing “One Two Three,” in which triplet sisters and their grieving mother battle the cartoonish industrialists who have poisoned their nondescript town of Bourne. Sixteen years later, Bourne is full of victims injured by Belsum Chemical, and when the Templeton family returns to resume operations, the modest but impressively diverse population must choose sides.

Frankel is a competent manager of her shifting points of view and she occasionally creates small, shadowed pockets of prose in which her talents for interiority and nuance can thrive, like a sort of happy moss. But otherwise, this is a weirdly jaunty excursion across horrific territory. If the book were not so unserious it might have stood a chance of being darkly, importantly funny, with an entire town devastated and deformed by a hideous crime. But the errant, bubbly tone, and the Scooby-Doo-level mystery that emerges, make this novel a pass.

Lightness is at least appropriate in the formulaic rom-com scenario offered up by Seattle resident Rachel Lynn Solomon’s “The Ex Talk.” With nothing much at stake, two radio professionals pretend to be exes for the sake of a new show, then, surprising no one, fall in love.

Complications ensue at expected intervals, lessons are tidily learned, character arcs are arced and really the whole story can be divined from the jacket copy. The novel is inoffensive, at least. Its cover is pink. This used to signal a book would be marketed as chick-lit, which is not the worst fate in the world, though some writers are known to grouse about it. 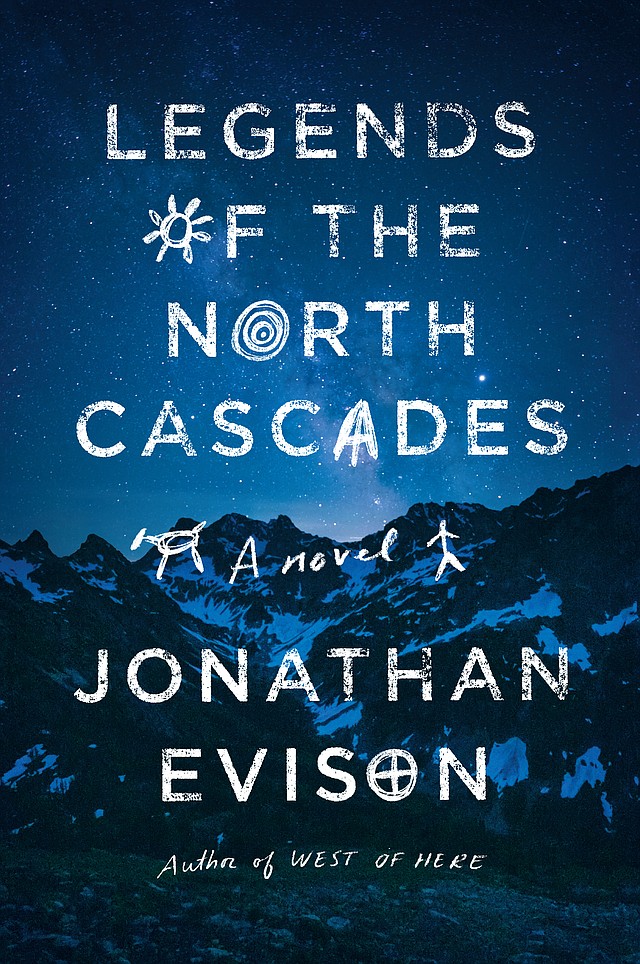 Arriving at “Legends of the North Cascades,” the new novel from Bainbridge Island’s Jonathan Evison, one begins to feel for the poor committee’s mental well-being as much as for that of this book’s protagonist, the PTSD-suffering military veteran Dave Cartwright.

After his wife’s sudden, hilarious death (it is not meant to be funny), Dave steals away to a cave somewhere around, maybe, Hannegan Pass with his precocious 7-year-old daughter, Bella. There, in brief, artless chapter after brief, artless chapter, Cave Dave and daughter find nice kitties and things and eat salmon jerky while the town below dully ponders how to intervene as winter comes creeping on.

No one does much, and not much anyone does do makes much sense. Interleaved with these narratives is the extremely ill-advised story of some ancient Indigenous persons who live at one with nature while nature tortures them. As S’tka says, entertainingly, wondering about some missing mammoths, “Where were those restless bulls, ready to stomp them into smithereens?” Aye, lass.

About this stage in the reading process one really did begin to feel a little uneasy. No doubt the committee has done its best, but heavens! These are not good books. So one’s hopes were measured for Port Townsend resident Joanne Tompkins’ “What Comes After,” a sort of psychological thriller set in the fictional, though familiar, town of Port Furlong. 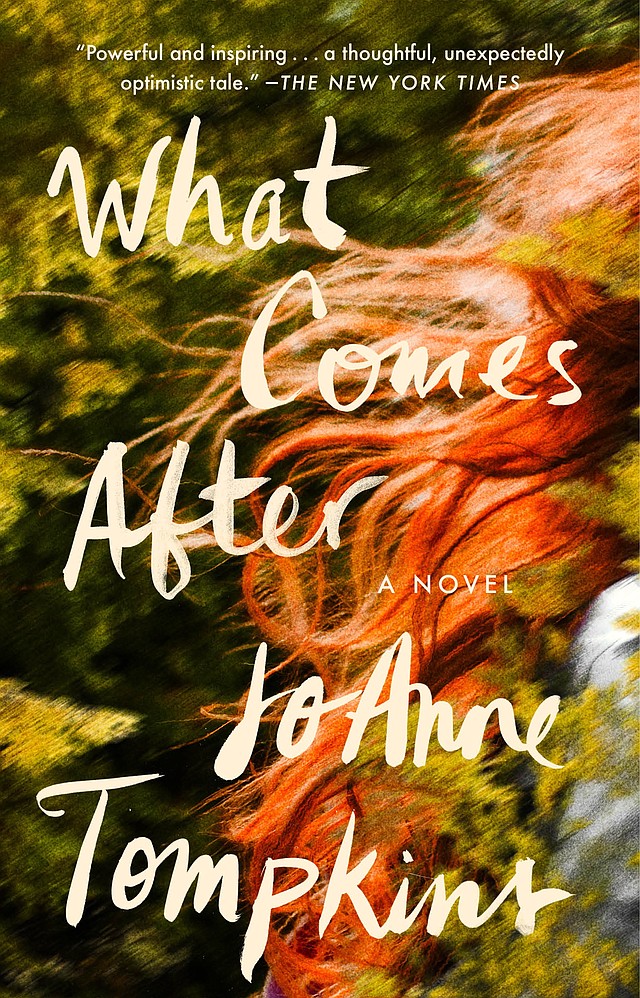 Port Townsend resident Joanne Tompkins’ “What Comes After” is a sort of psychological thriller set in the fictional, though familiar, town of Port Furlong. Told largely from various children’s points of view, the novel’s best moments describe the life of Isaac, a grieving father. (Image courtesy of Penguin Random House)

Happily, this is a reasonable, capable entry. Two boys are dead, a homeless teenage girl is pregnant, and parents and citizens address themselves to the somber aftermaths. Told again largely from various children’s points of view (they are everywhere this year, it seems), the novel’s best moments describe the life of Isaac, a grieving father.

Reticent and prone to sudden anger, and a devout Quaker, the sharply drawn Isaac is compelling because he is not always predictable or admirable. Several stretches of rich, effective storytelling impress, especially concerning the details of Isaac’s religious practice. Readers will also enjoy the well-loved dog, Rufus.

But it is an uneven novel, perhaps an artifact of where editors paid this debut author’s work the most attention. It also suffers from a rather technical informational problem, in that everything is already known to someone in the book on page one, with the result that the novel is, more or less, an organized series of revelations. It is usually better to discover than to reveal. That way everyone, including the writer, is surprised.

Is “On Fragile Waves” better than these novels? Yes. It is also put out by the smallest press represented among the finalists. What this might suggest about publishing is worth considering: Who is making these safe, rather boring decisions at the bigger houses? Who is buying these books, if anyone? One wonders. At any rate, the committee’s task is well completed. They deserve a stiff drink.