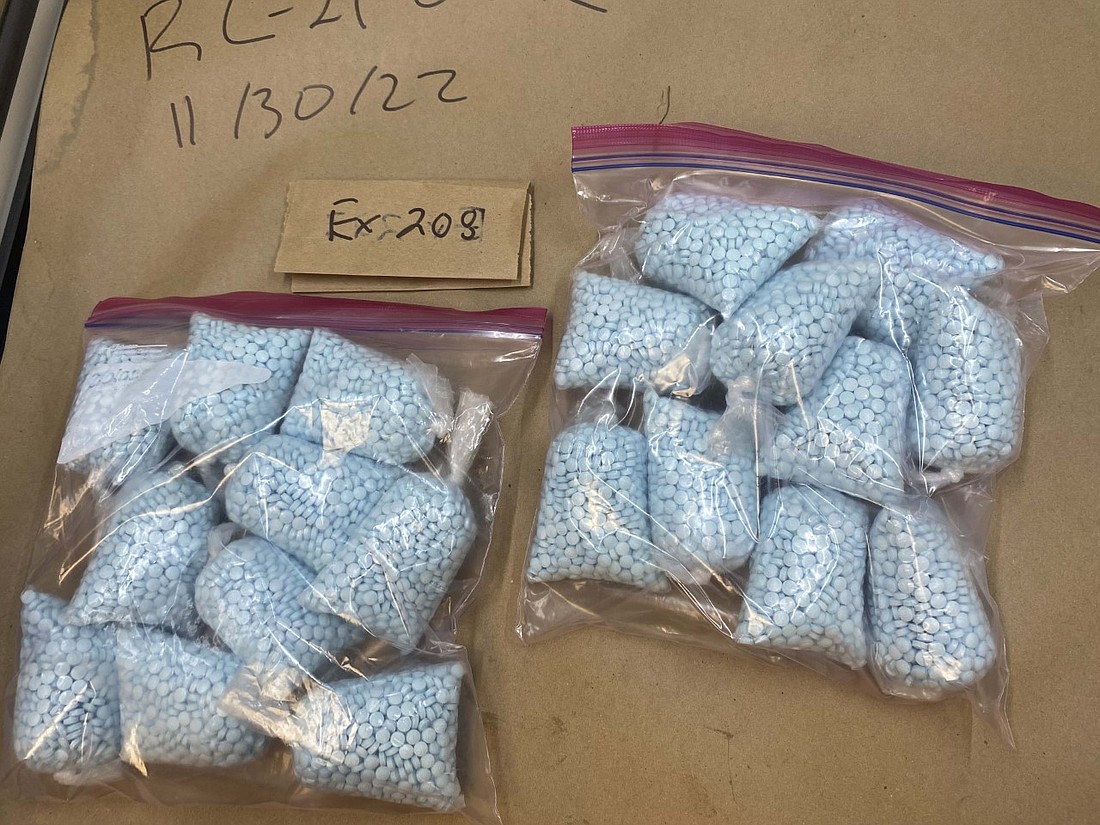 A drug bust resulted in the seizure of 85,000 fentanyl pills on Nov. 30 in Whatcom and Snohomish counties. (Photo courtesy of DEA Seattle Field Division)
By CDN Staff

Five people were arrested in connection with a Mexico-based drug trafficking organization on Wednesday in Whatcom and Snohomish counties. One of the locations was on the 1500 block of Iron Street in Bellingham. The individuals will be charged federally, police said.

“The widespread availability of fentanyl throughout all parts of Whatcom County represents nothing less than a deadly scourge that has impacted too many individuals and families,” Whatcom County Sheriff Bill Elfo said in a release.