Do I really need an e-bike? No, but I want one anyway 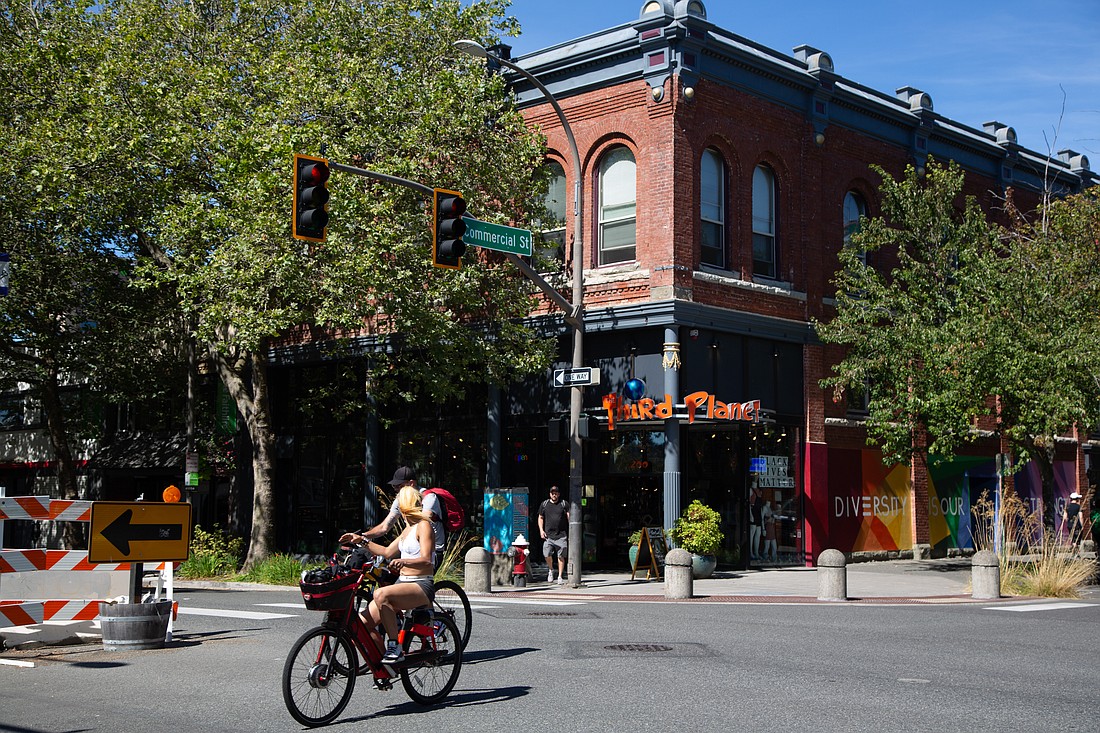 People ride electric bikes across Holly Street on Aug. 17. CDN Contributor Questen Inghram wishes he had an e-bike to carry more groceries to and from the store. (Hailey Hoffman/Cascadia Daily News)

For weeks now I’ve been drooling over e-bikes. I’ve scoured subreddits, stopped bikers on the street, and popped in to Seattle Electric Bike in Fairhaven to go on a test ride. Specifically, I’ve been looking into cargo bikes, which can take on heavy loads and replace car trips to the supermarket.

I’ve always had a bike, but never been a biker. In my seven years in town, it collected dust, as I either walked, rode the bus or drove my Subaru Forester. I knew it was a shame, given how much I’ve heard Bellingham is great for cyclists. In 2020, the League of American Bicyclists deemed Bellingham a gold-level, bike-friendly community. A hurdle for me using my bike is the hills. Even though I’ve been working for the Washington Conservation Corps and I’m in my mid-20s, I still get quickly winded and end up walking my bike up, say, Sehome hill. One of many in town.

While gas prices were record high this summer, I was being radicalized by the anti-car agenda. I found the YouTube channel NotJustBikes, which highlights Amsterdam’s bike culture and critiques North American car-dependent infrastructure. Though I desperately want to live like the Dutch, I don’t have a few thousand just yet to drop on a new ride. Worse, the Inflation Reduction Act ditched a measure to provide rebates for e-bikes, previously included in the Build Back Better Act. Maybe one day we’ll be as advanced as Denver and Vermont.

We’re not littered with Lime bikes like Seattle and Vancouver, but there’s potential. Before the pandemic, the City of Bellingham was working on a request for qualifications from e-bike (and e-scooter) rideshare companies that might be interested in operating in town. Discussions on how to move forward has been shelved until 2023, city Transportation Planner Chris Comeau told me in an email.

But of course, the cheapest and greenest option is using what I already have. So on a recent morning, to prove in a small way that I could switch to two wheels permanently, I tasked myself with taking my old, normie bike to get a week’s worth of groceries. I cannot believe I had never done this before — the convenience of having a car never made me stop to consider other options.

To prepare for the trip, I used zip ties to secure an old milk crate to my back rack. I have a cute basket on the front, but it really can’t take on much weight. I grabbed a musty backpack from college out from under the bed. This was an afterthought and it ended up saving me. 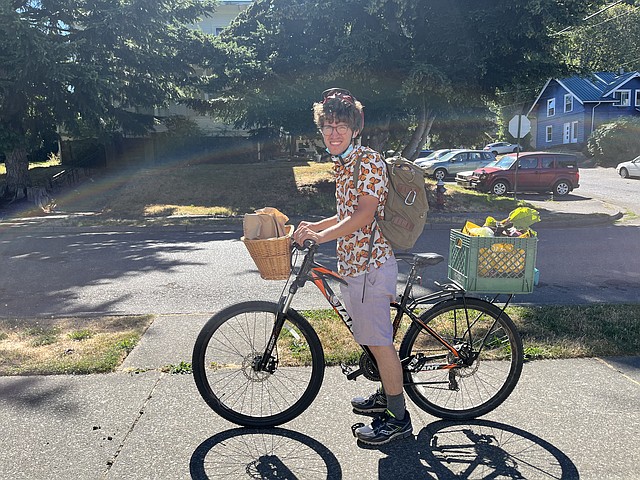 My apartment is only 1 mile from Fred Meyer, which surprised me, probably because the traffic light wait time at the crossing under Interstate 5 always seems to take forever. It only took 10 minutes for me to get there, which is slightly more than the estimated six-minute drive Apple Maps estimated by car.

I noticed immediately that while Chestnut and Ellis streets have bike lanes, Lakeway Drive does not. The closest foot from the sidewalk seemed kind of iffy to me, so I felt like I had to get more into the road than I would have liked. Luckily, even with all the cars passing by, everyone left enough space for me while passing. So if that was you, thank you. I’d be out of your way and in a bike lane if I could.

At Fred Meyer, I certainly saved time by not having to fight for parking. No one was using the tiny bike rack by the south entrance. It was a far cry from the Netherlands’ grocery stores, which have hundreds of spaces for bikes and sometimes not a single spot for cars. 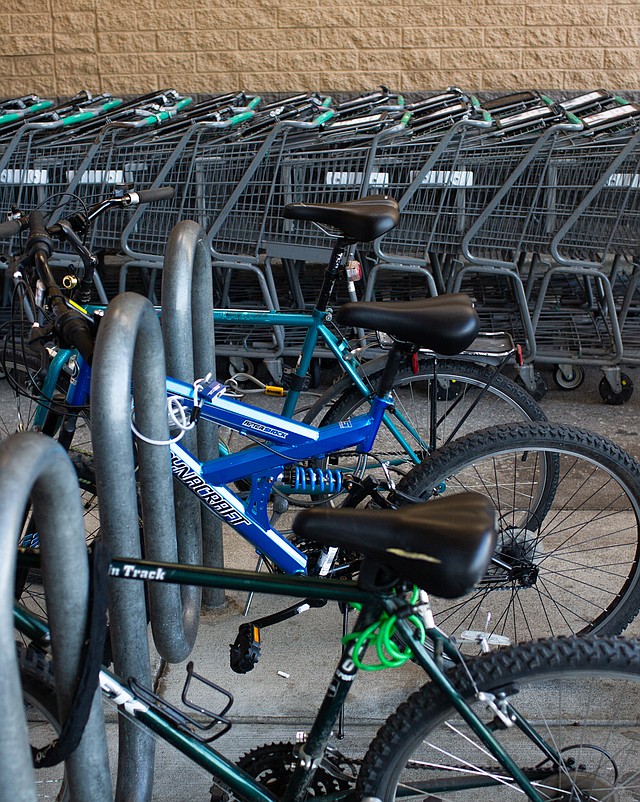 Bikes line up on a small rack outside of Fred Meyer on Lakeway Drive on Aug. 23. (Hailey Hoffman/Cascadia Daily News)

After shopping, I was worried that I couldn’t fit everything. My haul was more than two large grocery bags. I fit an overfilled bag in the crate and tied it up so there would be no loose cabbages. In my pack, I crammed more than a bag’s worth of food with eggs on top. I kept my delicate cremini mushrooms in the front basket. The ride home felt wobbly and weighted down, but I was back in no time. It wasn’t a comfortable fit, but it got the job done.

One of my biggest takeaways from this experience had little to do with my bike itself, which proved itself fully capable. It was that the prices at Fred Meyer were noticeably higher than my usual Winco shopping. Travel time to Winco would be three times as long, in which case I would want an electric bike, especially if I had the same amount of groceries to haul. With some cargo e-bike models I’ve researched, like the RadWagon 4 and Tern HSD P9, I could carry much, much more.

The trip also showed me the need for added improvements in bike-friendly Bellingham. Busy roads like Lakeway Drive still do not have bike lanes and common stores like Fred Meyer do not have enough bike racks if even just a handful more people started biking to the store.

Though the car is much more convenient for supermarket trips by design, I’d absolutely do it again on my analog bike. It felt great to get chores done, save money, exercise and lower my carbon footprint all at the same time.

But boy, think of what I could do electrified.