2022 marks return of the event after years of inactivity 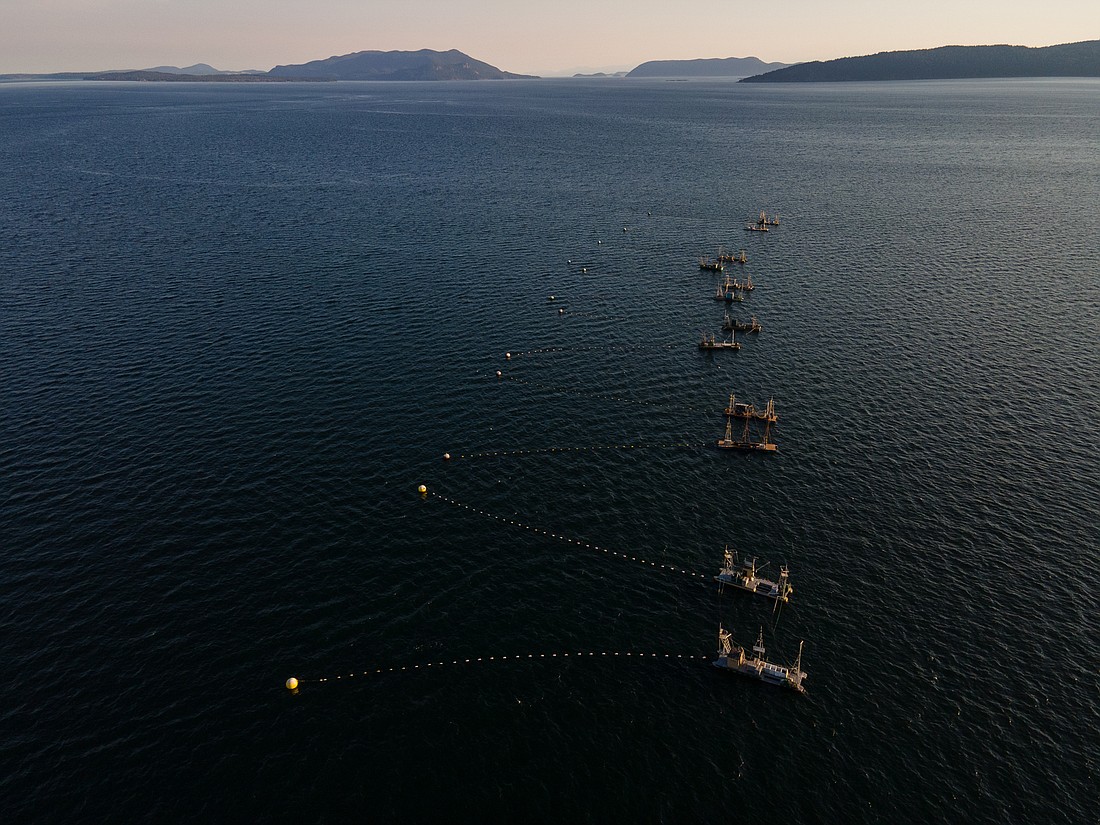 Local residents gathered on west Lummi Island to enjoy sustainably caught salmon, music and other performances at the sixth Reefnet Festival, organized by the Salish Center for Sustainable Fishing Methods.

Reefnet fishing is an ancient practice that dates back to the original Indigenous inhabitants of the Pacific Northwest. The technique relies on a net suspended between two stationary platforms, upon which are situated tall spotting towers. When someone standing atop a tower spies a group of salmon, they alert their crew and the net is hauled to the surface. 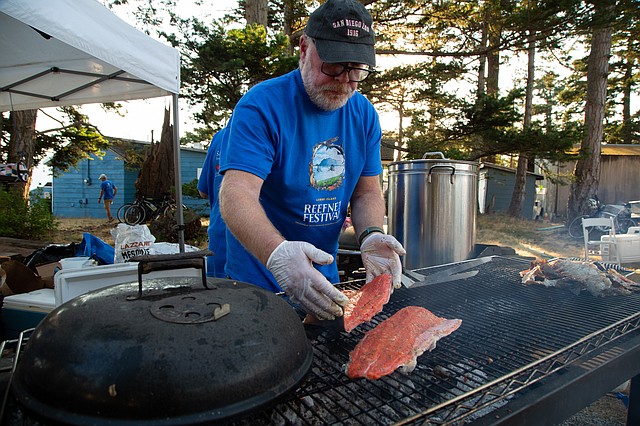 The practice is considered a highly sustainable way to fish, according to longtime fisherman Riley Starks, executive director of the Salish Center for Sustainable Fishing Methods.

The Salish Center is a nonprofit advocacy group that works to encourage sustainable fishing and to restore the marine ecosystems of the Salish Sea. Because reefnetting involves watching specifically for salmon, the practice greatly minimizes bycatch, or capture of undesired sea life.

This makes reefnetting much more environmentally friendly than indiscriminate commercial gillnetting, which can harm fisheries by accidentally catching and killing unneeded fish and other marine animals.

“[Reefnetting] is the most sustainable salmon fishing in the world, and it’s the oldest,” Starks said. The practice is also strictly regulated by the Washington Department of Fish and Wildlife to ensure salmon runs remain sufficiently high, further enhancing its sustainability relative to large-scale commercial fishing.

The festival was first held in 2004 and continued annually until it was halted by the Great Recession.

“With the Great Recession, things kind of collapsed on the island,” Starks said. “We haven’t really been able to do [the festival] until this year.” 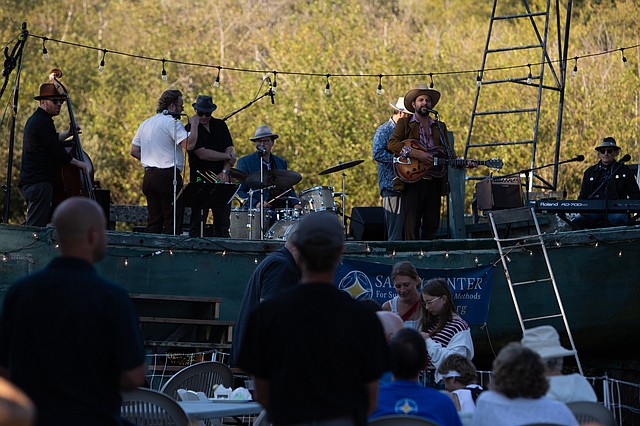 The High, Wide, and Handsome Band performs from a boat stage at the Reefnet Festival on Aug. 20. (Hailey Hoffman/Cascadia Daily News)

He said the festival plans to be held annually from 2022 onwards.

When Starks first got into fishing  50 years ago, the number of people reefnetting was much greater than it is now. Reefnetting is more of a community than commercial fishing, he said, and he wanted to bring it back.

But it hasn’t been all downhill for sustainable fishing the last few decades, Starks said. Catches have almost tripled following the prohibition of harmful bottom-trawling fishing boats in Puget Sound, indicating that local fisheries are much healthier than they used to be.

“Almost all of the stories about the Salish Sea are stories of doom and gloom, about the orcas dwindling, the salmon population dwindling,” Starks said. “While that’s all true, what people ignore is all the success stories there are.”