Expect another cold, wet winter as La Niña returns for a third year

Too early to say if pattern will bring flooding, increased snowfall 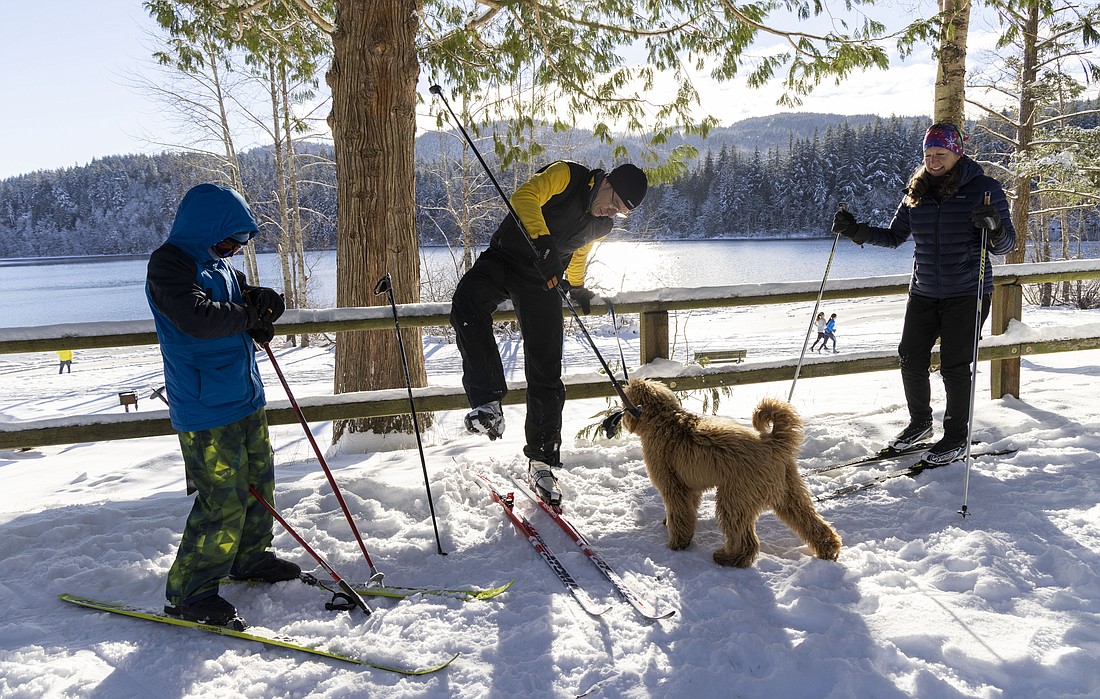 Meteorologists say Washington may be in for another colder, wetter autumn and winter as the La Niña climate pattern reprises for the third year in a row.

Scientists at the National Weather Service’s Climate Prediction Center (CPC) issued a notice Aug. 11 that the current La Niña system is expected to continue into 2023. The CPC puts the likelihood of a La Niña autumn at 86% and a La Niña winter at 60%.

La Niña, along with its counterpart El Niño, is a global weather phenomenon caused by temperature oscillations in the equatorial Pacific. Its effects vary by geography, but in north Puget Sound, it typically results in increased precipitation and decreased average temperatures, potentially increasing the chances of flood events and significant snowfall.

However, this does not mean that either event is certain or even likely, said Mary Butwin, a meteorologist at the Seattle branch of the National Weather Service.

“Here in western Washington, [La Niña] specifically means cooler, wetter conditions,” she said. “The question then is how cool and how wet?”

Although recent La Niña patterns have indeed brought more mountain snow and generally increased precipitation, Butwin cautioned that the relative strength of the pattern matters tremendously. At this point, it is too soon to know how strong the late 2022 La Niña will be, or if it will increase the chance of atmospheric rivers like the one that brought devastating flooding to Whatcom and Skagit counties last November.

The region is currently experiencing a very weak La Niña pattern, Butwin said, one that has been largely responsible for the unseasonably cool start to summer, Cascadia Daily News previously reported.

The climate pattern is anticipated to dissipate in early 2023, according to the CPC.

“While a majority of … models suggest that La Niña will transition to [a neutral state] in January–March 2023, forecasters are split on this outcome resulting in equal forecast probabilities for that season,” CPC scientists wrote in the notice.