Construction on asbestos-filled creek in Whatcom to begin next week 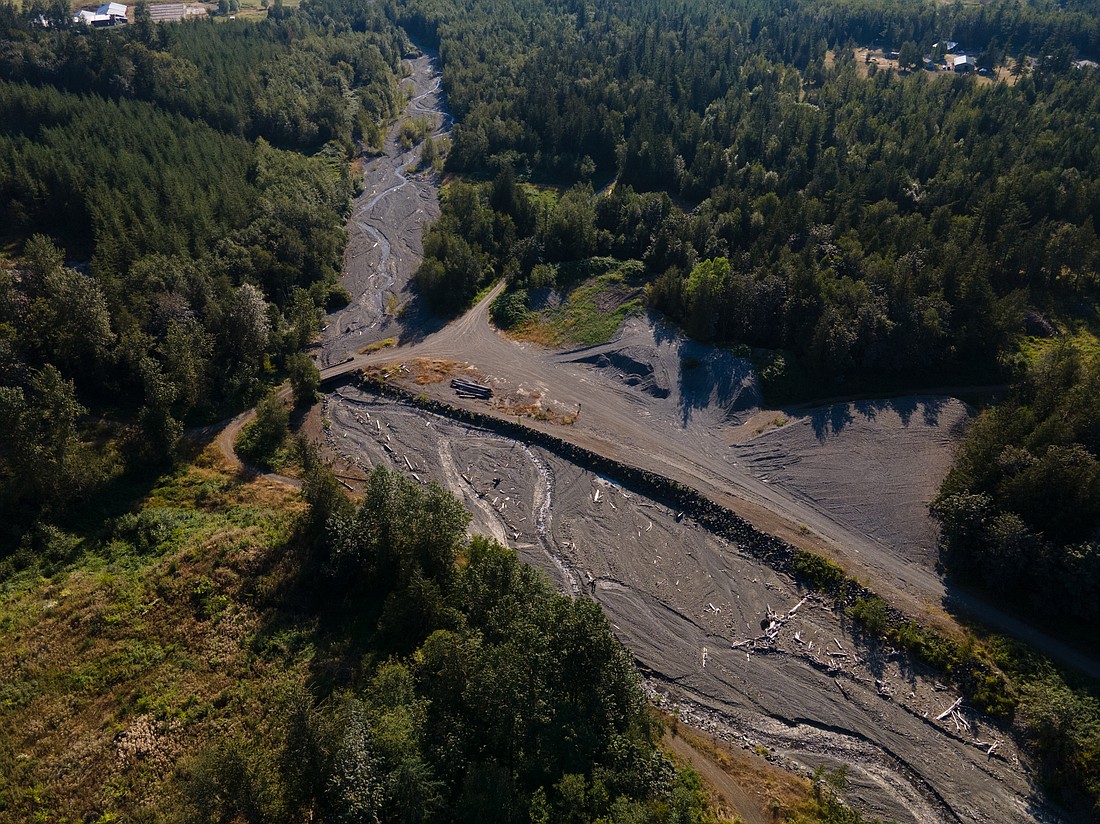 A sediment-filled creek in East Whatcom has been transporting naturally occurring asbestos deposits across the region for decades, prompting significant health concerns among neighbors of Swift Creek.

Next week, though, Whatcom County officials hope that will change, as a long-awaited construction project plans to dam the source of the carcinogenic sediment in the creek.

Landslides from Sumas Mountain, near the mouth of Swift Creek, expose asbestos deposits, which end up in the creek, and later, the Sumas River. Each year, more than 100,000 cubic yards of sediment ends up in the creek — equivalent to the volume of the Whatcom County Courthouse — said Scarlet Tang, from the Washington State Department of Ecology’s (DOE) Northwest Region office.

A major construction project will begin at the creek Aug. 22, when the county will install sediment traps and a debris deflection berm. The goal is to keep the asbestos sediment from entering the river system in the first place.

“We’re trying to get ahead of the game by intentionally having the sediment settle out into these basins,” Tang said. “Basically, we’re creating a flood control and sediment management project.”

DOE and the county’s public works department have been trying to solve the problem for decades.

“One of the first things that we looked at is: Can we stop this landslide?” Tang said. “Is there anything we can do to stabilize the earth and keep it in place instead of going down the mountain and ending up in Swift Creek, where it’s carried down into Sumas River?”

Stabilizing the landslide was not an option, Tang said, but the next step, which involves berms and dredging, will help keep asbestos out of the environment, and will help limit the risk associated with the material.

In July, DOE issued an asbestos exposure warning related to Swift Creek and Sumas River, which pose an additional hazard during particularly hot and dry weather like Whatcom has seen this summer.

“Avoid walking, driving, cycling, riding horses, or disturbing the riverbed or dredge piles along Swift Creek and Sumas River, or where flooding may have left deposits,” the warning said. “When disturbed, asbestos fibers in the dry sediments can become airborne. Airborne asbestos can be inhaled and potentially cause health problems.”

Asbestos is a known carcinogen, and increases risk of lung disease, asbestosis and mesothelioma, according to the Environmental Protection Agency.

There is little evidence of health impacts on neighbors, according to a 2021 Asbestos Cluster Investigation from the state Department of Health.

According to the report, “analysis of the risk from naturally occurring asbestos within the Swift Creek area indicates no increase in the risk of lung and bronchial cancer, mesothelioma or asbestosis hospitalizations.”

Despite the findings, DOH recommends people “continue to reduce or eliminate their exposure to the Swift Creek area and the Sumas River.”

“There hasn’t been an unusual concentration of asbestos-related health issues of people living in that area,” Tang said. “It does affect crops, though, because the sediment does have a high magnesium content, which depresses plant growth. That’s a concern.”

Construction of the project is slated to begin Aug. 22, and will cost several million dollars over the course of construction.

“This is going to cost quite a bit, and it’s something that’s outside the scope of local government to be able to pay for,” Tang said.

Currently, DOE and the county have secured $8.4 million in funding but will be requesting an additional $34.8 million over the next three state budget cycles.