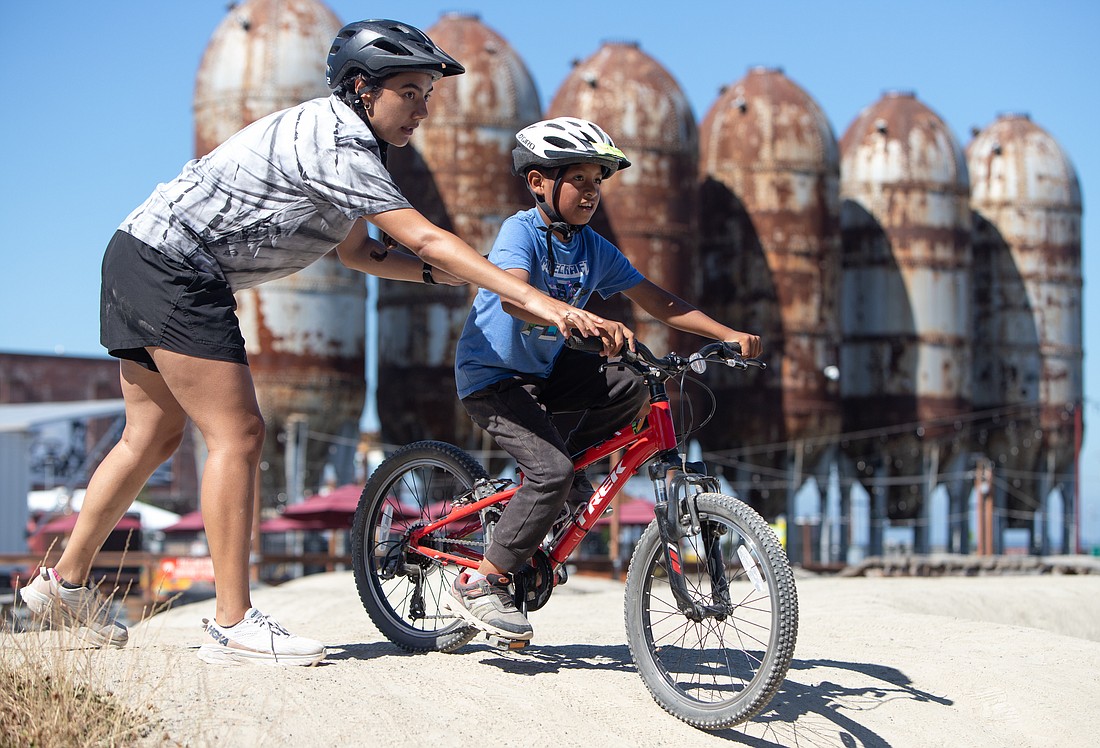 In just four years, lifelong Whatcom resident Andy Basabe's idea — guiding kids from underrepresented backgrounds on a backpacking trip —  has grown into a nonprofit group, the Vamos Outdoors Project, spreading the benefits of outdoor activities to kids in a broad range of activities.

Basabe had been providing similar programming to families that could pay, but said he realized in 2018 a nonprofit model could make the same opportunities available to a broader audience.

He decided to stop charging — and start growing the organization.

“I wanted to provide those resources to other kids who didn't have those opportunities,” Basabe said.

Not long after, Basabe started to hire a team, which has now grown to five full-time employees.

Vamos Outdoors Project's mission is to make the outdoors more accessible for families of farmworkers and others in the Latine community. (Project members prefer the gender-neutral term “Latine” to Latinx since the letter “x” is not commonly pronounced in the Spanish language, according to the group's Instagram.)

The nonprofit's work goes beyond the outdoors. It also hosts literacy programs in English and Spanish.

“It’s really important for these students to retain their Spanish or just feel comfortable using Spanish around the activities we do,” Vamos employee Suzy Jones said.

A focus is put on getting family members outdoors, Jones said, because many don’t have easy access to it.

“They just need to be included and we want to provide that access, so they have those opportunities to try these things out,” she said.

Eleven new employees were brought on for the summer to help run the Summer Migrant Program. Jones described the program as being like a camp or school, but it’s focused on the outdoors and art activities. The program, catered to migrant and farmworker families, involves a mix of the two and a little bit of curriculum. 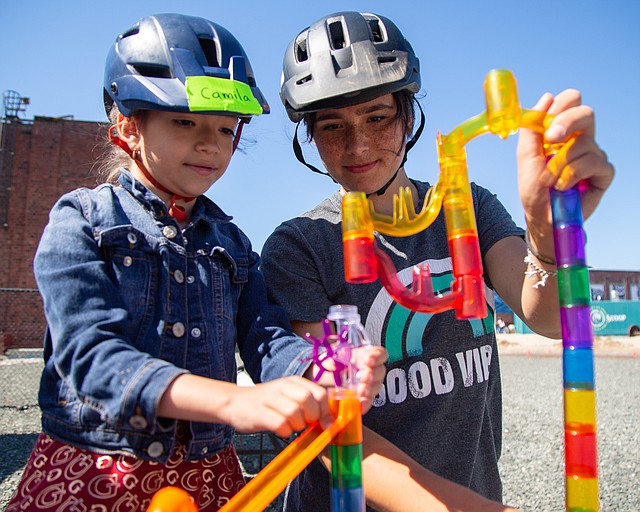 Ellie Price, right, from the Whatcom Mountain Biking Coalition, builds a marble run with a camper while taking a break from riding the pump track. (Hailey Hoffman/Cascadia Daily News)

“The parents want good things for their kids, but sometimes they don't know where to start, how to go about it or what the rules are,” said Francisco Bataz, a recent hire at Vamos. “It's just cool to be able to help with that.”

Bataz, a teacher in the area, said he wanted to get involved with the nonprofit after noticing the difference physical, outdoor activities made on his students.

It hasn't been the nonprofit's flashy displays, like getting kids on mountain bikes, that Bataz has enjoyed most during his three months with Vamos — it's been the small things.

“We took kids to a park and they were the most excited about seeing crabs,” he said. “It's the first time they've seen alive crabs in their life.”

Vamos provides transportation, food and anything else necessary for program participants and their families. Keeping programs free to families is made possible with community partnerships. Vamos covers the rest.

Jones said Vamos has an expansive partnership with the Whatcom Mountain Bike Coalition, which provides experienced ride leaders and bikes for programs. 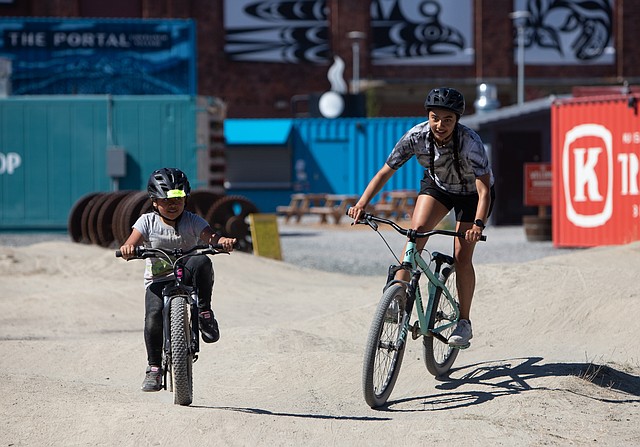 “We have all the equipment the kiddos need. They’re fed, they have rides and we just get them out there in kind of gate-kept sports that more BIPOC people need to be involved in and elevated in,” Jones said.

“We try to make it easy for them by providing all of those services and getting them out there. We wouldn’t be able to be where we are today with all of the programs and students we serve if it wasn’t for the partnerships we have with our community.”

In 2022 alone, Jones said, Vamos is serving more than 400 students. They typically have 13 students per program, offered every week.

Jones wasn’t sure how many of that 400-plus are part of the Latine community but said summer programs in Lynden and Bellingham are mostly occupied by farmworker families.

Outside of its programs, Vamos also puts on a community bike fundraiser as a way to keep its programs running every year.

“It’s kind of a reverse bike auction,” Jones said. “Someone will purchase the bike, but each donation brings the price of the bike down. We’re hoping it gets to a point where someone will want to just buy it for the price it’s at. It’s all for a good cause and you’re also getting a bike.”

Kona Bicycle Company donated the bike for the fundraiser while SRAM and TENET donated parts and components for the bike.

With a goal of raising $30,000 through the fundraiser, the bike was listed at that price. Donations had raised about $15,000, cutting the price of the bike by about half before it was purchased for the remaining cost.

For more information on Vamos and its programs, visit vamosoutdoorsproject.com.