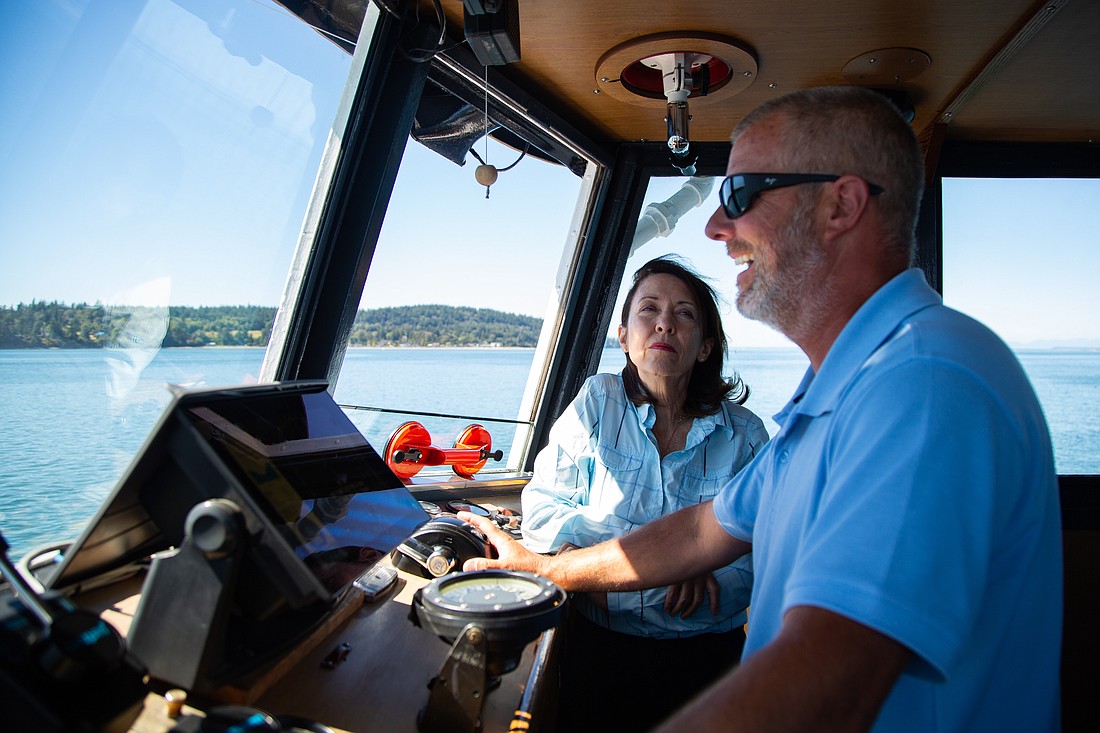 U.S. Sen. Maria Cantwell chats with mate John Mulhern in the bridge of the Whatcom Chief on a trip to Lummi Island on Aug. 16. The senator was in Whatcom County to tout a $25 million federal grant that will help fund the 60-year-old Whatcom Chief's replacement. (Hailey Hoffman/Cascadia Daily News)
By RALPH SCHWARTZ
Staff Reporter

The new vessel, which won’t be in service for another five years or so, will be a diesel-electric hybrid that would be able to run solely on battery power on the 0.8-mile trip from Gooseberry Point to Lummi Island, Whatcom County Public Works Special Program Manager Roland Middleton said. The new ferry will replace the Whatcom Chief, which turns 60 years old this year. 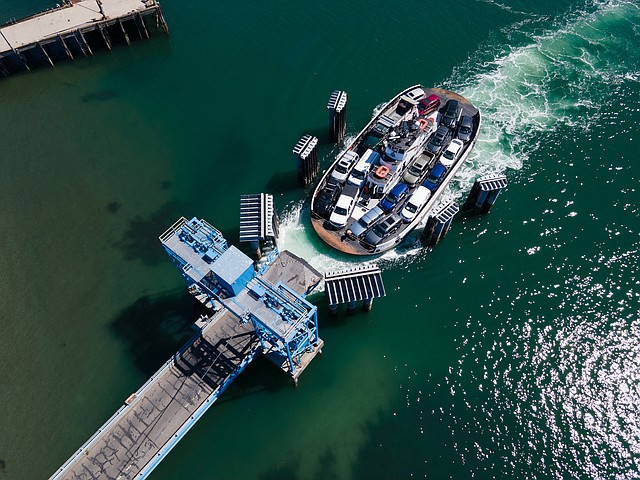 During a press conference on the beach next to the ferry dock, Cantwell lauded the project as an example of cooperation across multiple governments. She made a point of acknowledging Lummi Chairman William Jones Jr., who joined Cantwell on the beach with Whatcom County Executive Satpal Sidhu and state Rep. Sharon Shewmake.

In his remarks, Jones noted that Lummi Nation has been willing to share its traditional fishing grounds with Whatcom County so it can operate the ferry between the mainland and the island, with its 1,000 or so residents. The chairman praised the future ferry’s smaller carbon footprint, saying climate change posed a threat to the Tribe’s salmon catch, and its clam and oyster harvests.

“It’s something that’s really heavy on our minds,” Jones said. 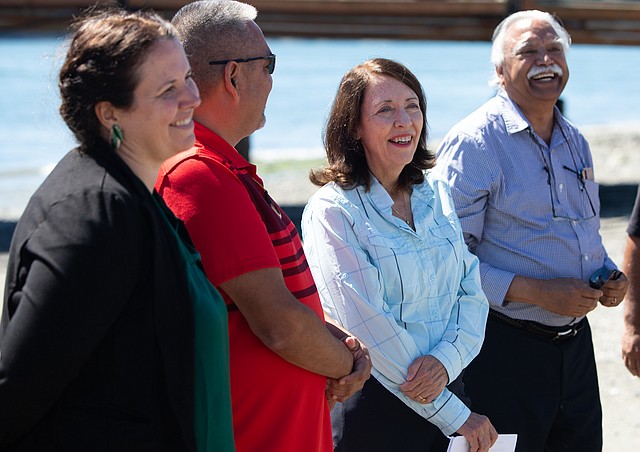 Cantwell agreed it was important even for a rural ferry run to do its part to reduce impacts to the climate.

“This has got to be one of the most beautiful parts in the entire world right here,” she said. “So we have to be good stewards of Mother Earth.”

The $25 million from the U.S. Department of Transportation’s Rebuilding American Infrastructure with Sustainability and Equity (RAISE) program covers roughly half the cost of the ferry project, which includes dock improvements and charging stations for the boat. As chair of the Senate Commerce, Science and Transportation Committee, Cantwell was instrumental in securing additional funding for RAISE through last year’s Infrastructure Investment and Jobs Act. 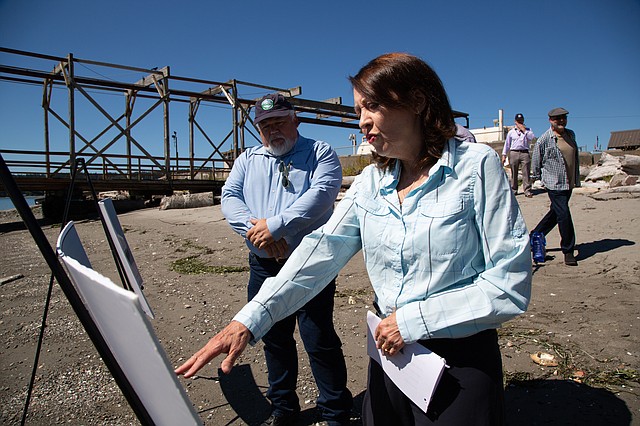 Democrats compromised to get the bill passed, the senator added. “We would have gone further, but we were pleased we got this done in a bipartisan fashion.”

In addition to the federal grant, the county received $10 million for the project from the County Road Administration Board and $5.4 million from the 16-year transportation spending package the state Legislature approved this year.

Local funds, including an upcoming facilities bond, will cover the remaining $10 million or more in costs, according to the executive’s office.