It starts with a lifejacket and a guide 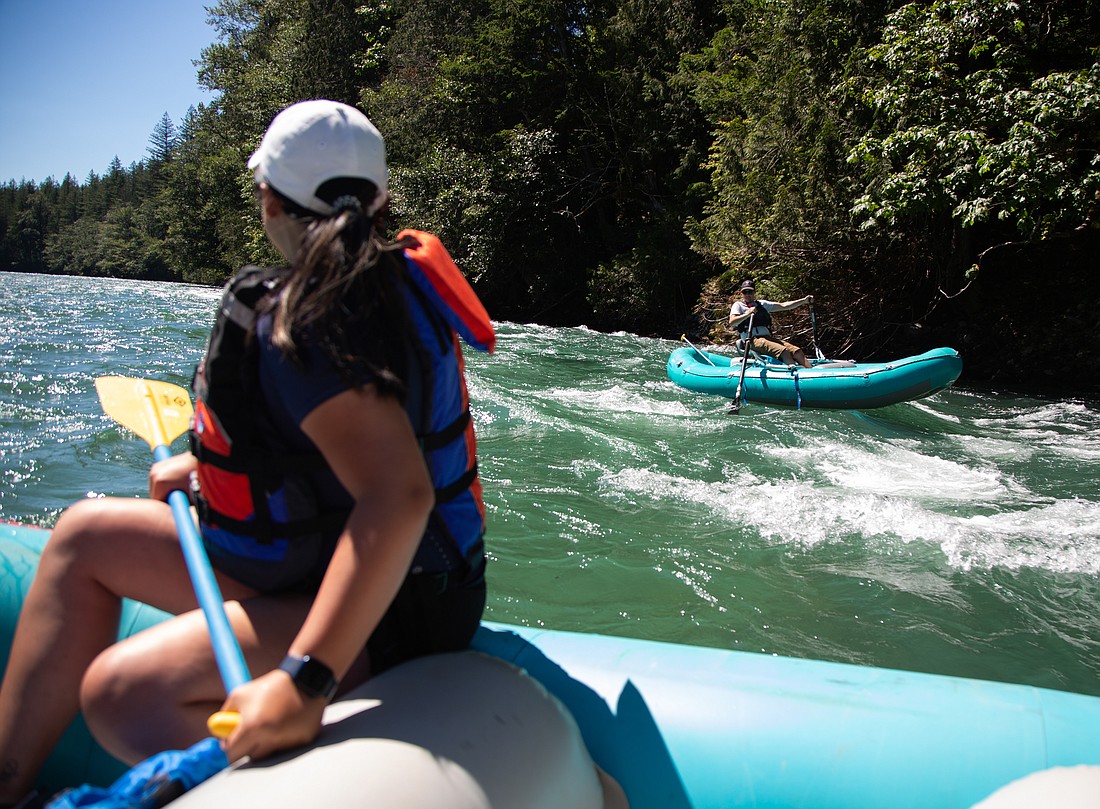 MARBLEMOUNT — It’s not every week I have the afternoon and early part of the evening of my Mondays blocked out for a rafting trip. I also don’t usually get to call that work.

That’s what my Monday looked like, though. No complaints here.

It started with an email last week from Cascadia Rafting in Marblemount inviting us out on the water. In an effort to show that rafting can be safe and fun for the average Joe and Jane, they offered to take us on the Skagit River, a tamer beast than our local Nooksack River.

Let me preface this by saying my experience in rafts on a river goes back to last summer when the Coors-Light-and-White-Claw to people-on-board ratio was somewhere around 8-to-1.

Needless to say, this was my first real rafting trip where I would actually be put to work. 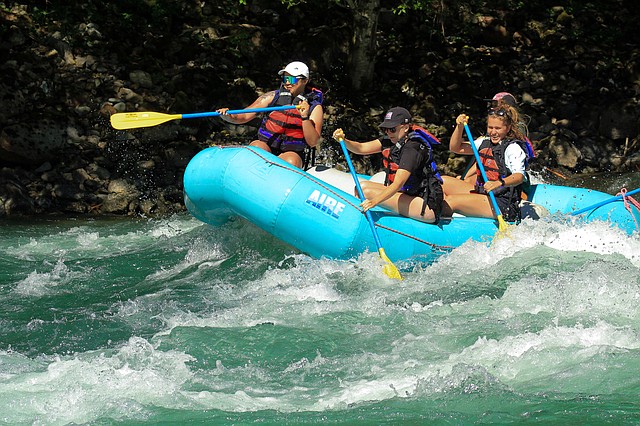 We arrived at Goodell Creek Campground around 1:30 p.m. and were greeted by Nick Allen and Christine Young, our guides for the day and also the brains behind Cascadia Rafting.

They let us know what the rest of the afternoon was going to look like and gave us a quick rundown of how to effectively paddle. I usually sit in water vessels with motors, so it was a welcome lesson.

Before we hit the water, we received a safety lesson. To their knowledge, nobody had died on the Skagit River (good to know). They went through the basics of how not to fall in the water and what to do in case you do. 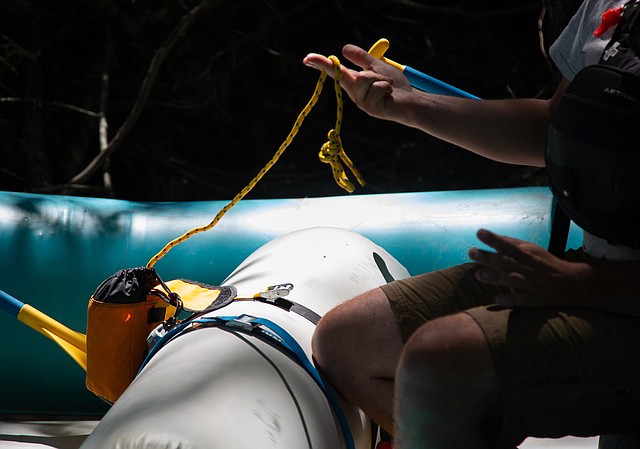 Nick Allen talks about safety and what to do in the case of an emergency — like someone falling out — on the river. (Hailey Hoffman/Cascadia Daily News)

I was fully convinced I was going to go overboard.

We went through some quick deliberation of who would be situated in the front (splash zone and leaders of the paddle) and in the middle. We somehow came to the conclusion that I should be one of the people in front.

It was finally time to hit the water.

With two of us in the front, one in the middle and Young in the back making sure we didn’t screw anything up, we set sail. Wrong term, I know, but I think it sounded cool there. 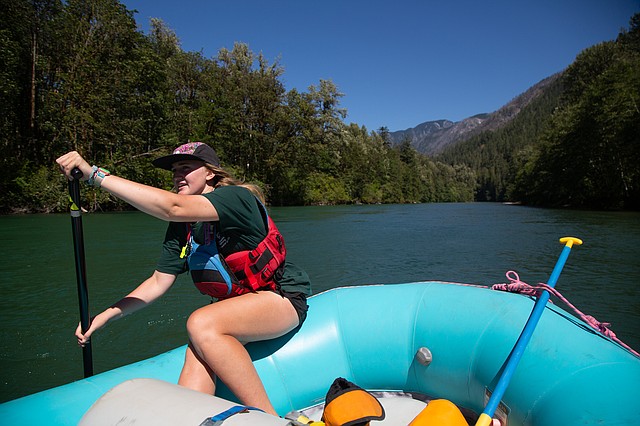 Cascadia Rafting guide Christine Young navigates the shifting currents of the Skagit River from the back of the six-person raft. (Hailey Hoffman/Cascadia Daily News)

Much of the river was a smooth ride. Young told us the Skagit is mostly Class I and II with a small section of it being Class III. For those of you at home who don’t know what that means, the class of a river is defined by how hard it is to rescue you if you fall in.

The actual sections of whitewater were fun and the splash zone up front was appropriately named. It didn't feel like I was doing much when paddling during these parts, but I'm sure there was a reason for it.

During our time on the water, I was able to chat with Young about river floating and guided tours. She said most dangerous situations and deaths on the water can be attributed to people overestimating their own abilities.

“The river isn’t something that needs to be conquered. The water will always win,” she said. 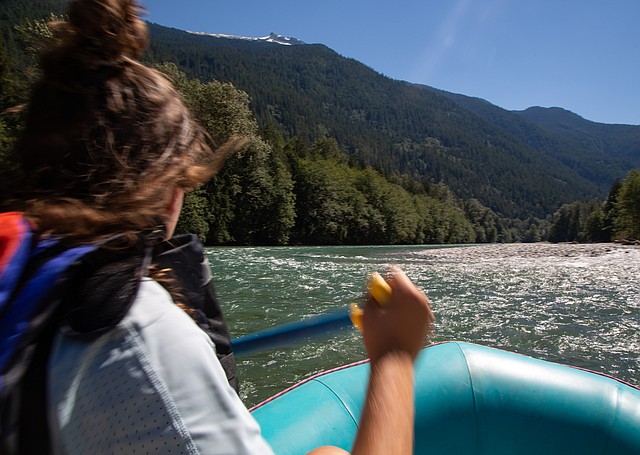 Beneath the snow-capped peaks of the North Cascades, Cassidy Hettesheimer paddles a raft down the Skagit River. (Hailey Hoffman/Cascadia Daily News)

I learned a lot in our two hours on the water. Other people don’t see what I always thought to be pretty standard safety measures as standard.

Admittedly, before this day on the water, I’ve never been the person to err on the side of caution. I’ve also never been scared of water even though I never went through formal swim lessons as a child.

I’ve always kind of been the, “It probably won’t happen to me,” type. Like I said before, I’m not the brightest sometimes.

Water can be fun, but it’s also dangerous, powerful and stronger than you and I. If you’re going to mess with it, do so with a guide like I did.