Lummi Island ferry to be replaced with hybrid ferry 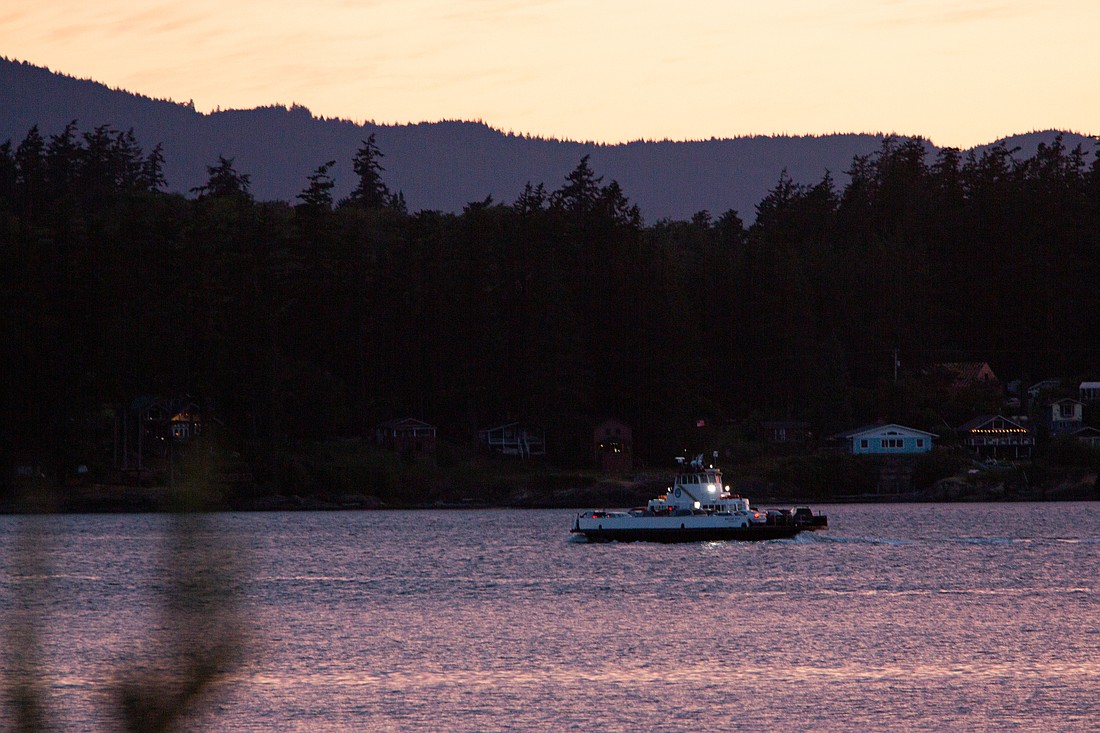 The 60-year-old Lummi Island Ferry, seen on its route on July 22, will be replaced using a $25 million grant from the U.S. Department of Transportation. (Hailey Hoffman/Cascadia Daily News)
By EMMA GARDNER
Staff Reporter

The money will be used to swap the 60-year-old Whatcom Chief for an electric-battery hybrid ferry, in addition to building other ferry-related infrastructure.

“The ferry is the most critical part of the infrastructure for Lummi Island,” Whatcom County Public Works Special Program Manager Roland Middleton said in an interview.

Having an operational ferry is especially crucial for emergency services on the island, and there are times when weather conditions make helicopter transportation impossible, Middleton said.

The project will consist of building a new, larger boat, in addition to modifying the existing terminal to accommodate the new vessel. Whatcom County will also build a passenger-only ferry dock to better facilitate emergency access, Middleton said.

This is the fourth year local officials have requested federal grant money, with previous applications filed in 2015, 2020 and 2021. The $25 million awarded is not sufficient to cover the full cost of the project, which is expected to require more than $50 million, but Middleton said he expects the remaining expenses to be covered by money from state and local government.

Inflation affecting the steel industry makes the total cost “a moving target,” Middleton said. Despite the uncertainty, he said officials expect the project to be completed around 2027. Permitting, preliminary boat designs and cooperation with Puget Sound Energy to power the new electric boat are already in motion.

The money was awarded by the U.S. Department of Transportation’s Rebuilding American Infrastructure with Sustainability and Equity (RAISE) grant. The federal fund “enables communities of all sizes to carry out projects with significant local or regional impact,” according to a press release.

The preexisting federal grant program was recently expanded due to the bipartisan Infrastructure Investment and Jobs Act, signed into law by President Joe Biden in November. The act provided the RAISE program with $7.5 billion in funding over five years, a 50% increase in funds. Previously, locales requested 10 times more funds than were actually available, the release stated.

“We are thrilled to have been awarded this grant, which will not only help us replace our 60-year-old ferry but also allow us to transition to renewable energy and significantly reduce our carbon footprint over the long term,” Whatcom County Executive Satpal Sidhu said in the release.

Larsen noted in the release the updates will help create more jobs and foster opportunities for residents and businesses, while battling climate change. Rep. Suzan DelBene (WA-01) echoed Larsen’s statements and said the link to the island is in “desperate need of modernization.”

“We appreciate the support of our federal delegation,” Middleton said. “It’s a critical infrastructure need, and we’re very happy for the support in getting this done.”