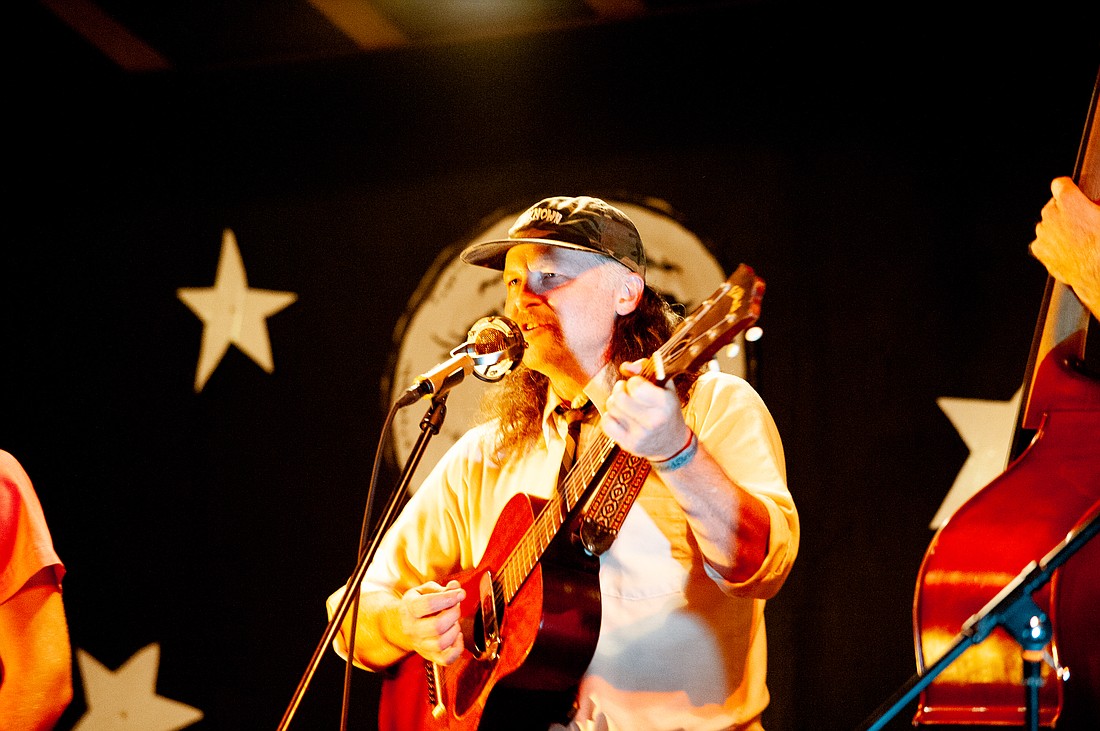 Even during the worst of the pandemic, Subdued Stringband Jamboree founder and Bellingham-based folk musician Robert Blake didn’t let the music fade away. Those returning to the 22nd annual event Aug. 11–13 at the Deming Logging Show grounds should keep that in mind as they visit with friends, dance the days and nights away, watch kids play kazoos and enjoy a roster of mostly acoustic music, circus acts and more.

In the summer of 2020, after it became clear the longtime gathering wouldn’t be able to take place as scheduled during the second weekend of August at the Deming Logging Show grounds, Blake and company live-streamed music to fans both near and far.

The “Tin-Can Jamboree” saw musicians gathering in a large outdoor space where it was easier to socially distance, and people were encouraged to tune in to the programming and host their own backyard blowouts.

By that time, Blake was well versed in what it took to bring live music to the masses without gathering the masses together. Starting in March of that year and continuing from 5–7 p.m. every Sunday since then, “Robert Sarazin Blake: From the Kitchen Table” has seen the singer, songwriter and instrumentalist invite fellow musicians to hang out for a couple hours.

“Each week a guest joins me at the kitchen table and we swap songs, tell stories and take requests,” Blake said. “In the winter, our guests join us virtually from kitchen tables around the country. In the summer, ‘The Kitchen Table’ travels to a new backyard each week playing for a live audience with a live guest. The show is live-streamed and turned into a one-hour radio show that is currently broadcast on two radio stations and is available via podcast.” 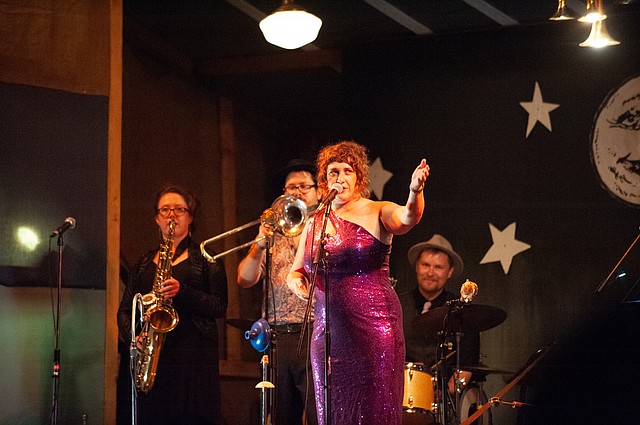 What started in near solitude at the beginning of the pandemic has now turned into a celebration of the return of live music. “From the Kitchen Table” will kick off the 2022 Subdued Stringband Jamboree at 5 p.m. Thursday, Aug 11, back at the Deming Logging Show grounds, followed by an opening-night roundup including The Devillies, The Sweet Goodbyes, The Hot Tomatoes, Three for Silver, and The High, Wide & Handsome Band. A Jamboree theme of “Doubletime Doubledown” will make for foot-stomping fun throughout the weekend.

Unlike the 2021 Jamboree — which required proof of vaccination or a negative COVID test — this summer’s event won’t have those same restrictions. Hand-washing and sanitation stations will be provided, and presale tickets will be limited to 900 folks per day to provide room to spread out. Those who test positive for COVID or are experiencing symptoms are asked to stay home, and will receive a full refund following the festival’s conclusion.

“The festival fairgrounds are large and there is plenty of room to spread out,” Blake said. “In the words of Sun Ra, ‘Space is the place.’”

In the days leading up to the big event, and during the three-day community hoedown, a volunteer crew of more than 300 will gather to build stages, prepare meals, organize recycling, collect tickets, sell shirts, decorate the site and create what Blake calls “a subdued experience.” 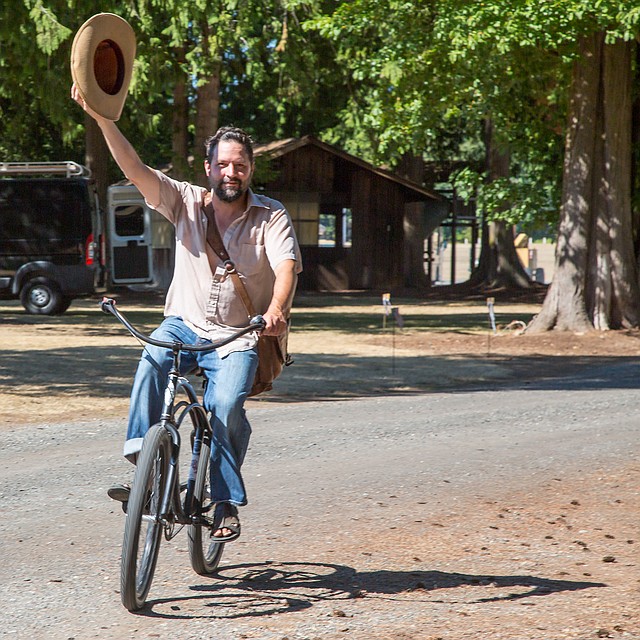 In addition to seeing Blake onstage, it’s likely attendees will witness him cruising the grounds on his two-wheeled conveyance while he checks in on the action — whether it’s at the Lucas Hicks Memorial Square Dance with Devin Champlin calling the dance and the Super Sonic Business Jets providing the tunes, the annual kids parade, the band scramble or late-night jam sessions.

While many familiar faces can be seen throughout the weekend on both the Slanted Stage and the Flat Stage, Blake said he’s excited to present Jamboree debuts from acts such as Big Sandy & His Fly-Rite Boys, Mara Kaye, Matt Fickler, Clinton Davis, Bryan Bowers and Albanie Falletta.

Aside from the music, Blake looks to the connections he makes every year since he founded the event in 2000. At his temporary home at the Deming Logging Show grounds, he said magic happens.

Describing his perfect Jamboree day, Blake looks to the past while celebrating the present.

Among his favorite things are: “Waking up early, staying up late, music that moves me to tears and opens my mind, a hug from an old friend, watching conversations between new friends, a chat with someone who has no idea that I run the festival — who’s enjoying it — seeing the Jamboree kids grow up, watching little kids intently watch and listen to the music in the front row, and seeing the bleary eyes of pickers who have stayed up all night as they head to breakfast. And, hopefully, a little dancing.”

The 22nd annual Subdued Stringband Jamboree takes place Aug. 11–13 at the Deming Logging Show grounds, 3295 Cedarville Rd. Tickets are $65 for single-day passes, $190 for a weekend pass. Children under 14 are free with a parent. Reservable car and RV campsites are available for a fee. Walk-in camping is free. Info: stringbandjamboree.com.