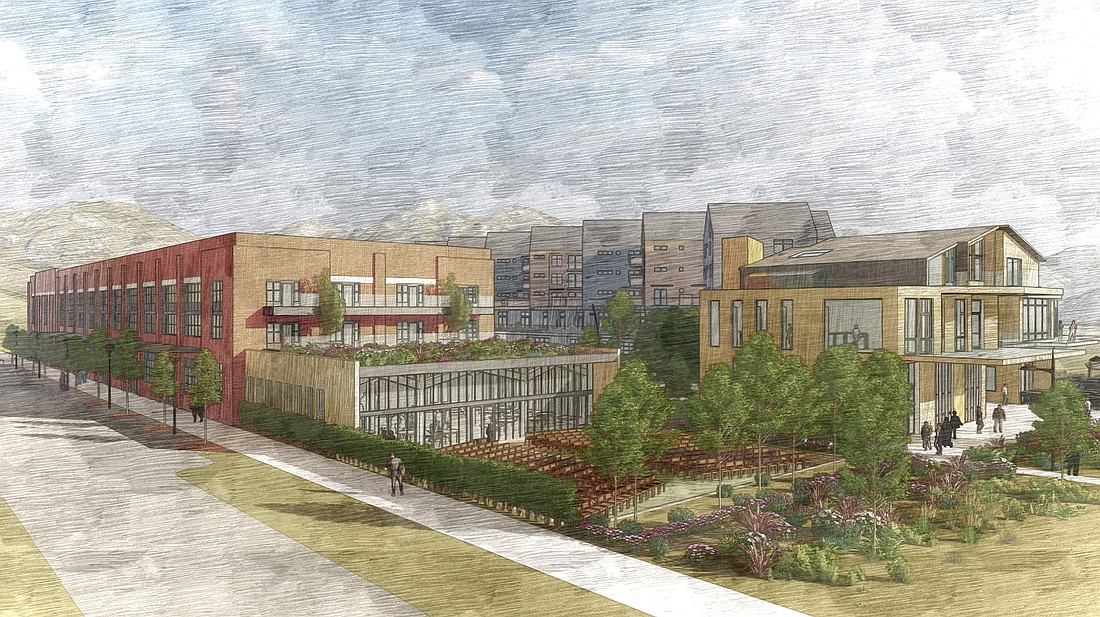 A selection committee ranked BoardMill Group's hotel and mixed-use building highest among four proposals submitted to the Port of Bellingham for redevelopment of the Boardmill building. (Graphic courtesy of Port of Bellingham)
By RALPH SCHWARTZ
Staff Reporter

When Port of Bellingham commissioners review four redevelopment proposals for the waterfront Boardmill building on Aug. 9, one will be on top of the pile.

Port staff is recommending a proposal that would remake the abandoned brick Boardmill building into a three-story, 74-room hotel with a convention center on the ground floor that could accommodate up to 668 people.

The proposal, submitted by BoardMill Group — a team consisting of Faber Construction, Haven Design Workshop and developer Michael Watters — also includes a five-story mixed-use building to the southwest of the Boardmill, with commercial spaces and 80 apartments or condominiums.

A Port staff memo to commissioners said a selection committee made up of representatives from the Port, the city of Bellingham and the Chamber of Commerce ranked the BoardMill Group’s proposal higher than the other three.

Other submissions included a boutique hotel with an adjacent soccer stadium, a new site for Whatcom Family YMCA that would include an aquatic center, and Harcourt Developments’ proposal for a new addition to its international Titanic Hotel chain.

When commissioners hold their next public meeting at 4 p.m. Aug. 9, staff will recommend they sign an “exclusive negotiating agreement” with BoardMill Group to iron out a development agreement within three months.

The public can watch the Port commissioners’ meeting live on the Port's YouTube channel.