Bellingham's past from the voices of the present 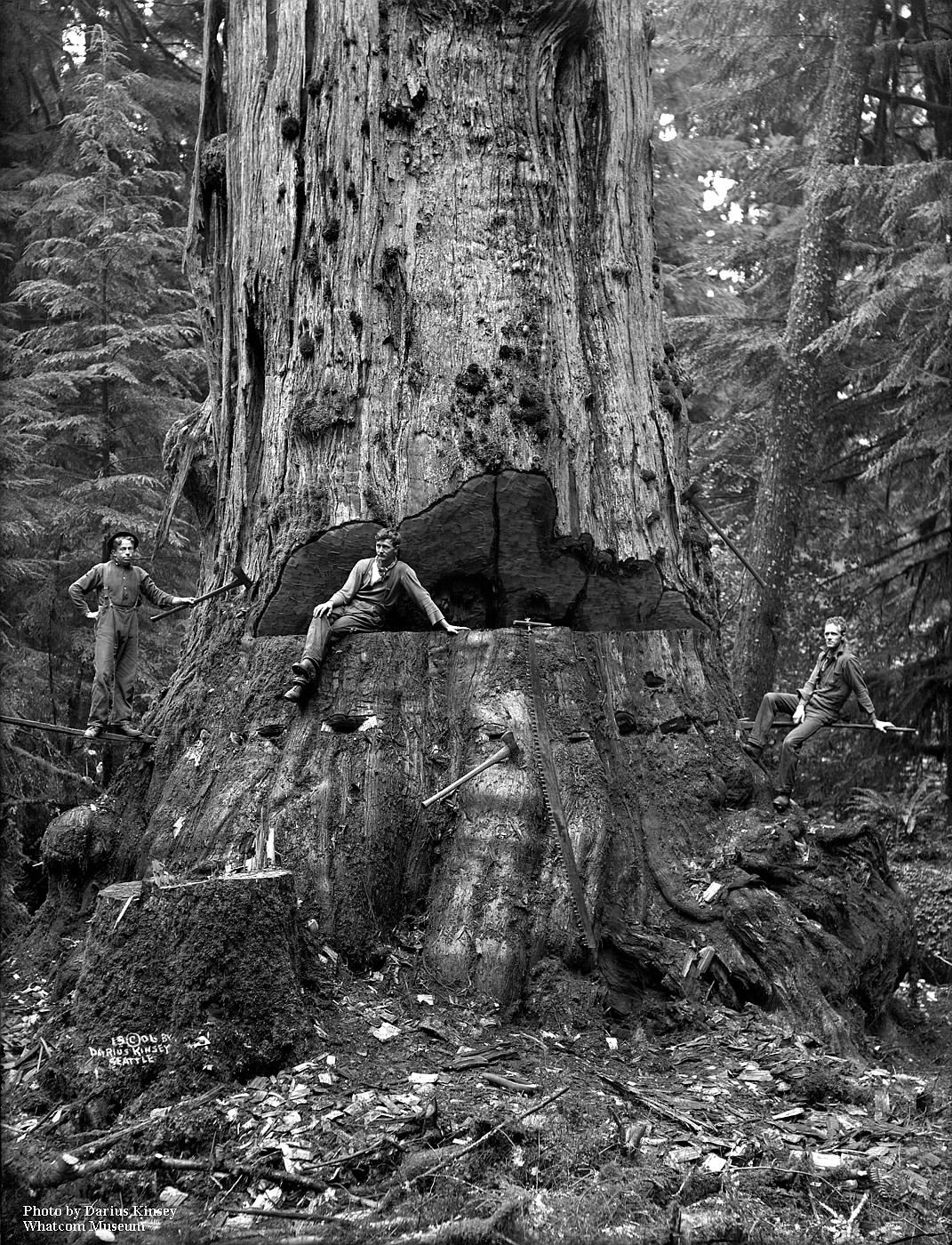 Darius and Tabitha Kinsey began documenting Northwest life and industry, such as this scene of old-growth logging, in 1896. They left behind 4,700 negatives and 600 prints. (Photo by Darius Kinsey, courtesy Whatcom Museum)
By Javiera Carmona Jiménez

On my first visit to Bellingham, I went to the Whatcom Museum in Old City Hall because I wanted to understand what life was like in the past in this beautiful city. I am a professor at a small public university in the port of Valparaíso, Chile, and one of my specialties is analyzing images, or rather, thinking about the present from images of the past.

It is counterintuitive to think that the past is dynamic and changing just like the present. The past changes because the readings and interpretations we make of it are modified by new sensibilities and new agendas that gain force in the present. This is the reason museums, through their exhibitions, narrate the past, art and nature and fulfill their function of activating memory to encourage other views, raise new questions and encourage responsible action in the present.

Paradoxical as it may seem, photography clearly shows us that the past is dynamic when we approach from the present the still images that were captured at an unrepeatable moment, unique but completely open to the "ways of seeing" of other eras. For example, the extraordinary photographs of the photographer couple Darius and Tabitha Kinsey at Whatcom Museum's Old City Hall testify to the industrial development of 19th century Western Washington with landscapes intervened by loggers, locomotives and sawmills.

While Darius captured the image in the field using different cameras on 6-foot-high platforms in front of the big trees, Tabitha did the final processing of the images in the lab, where the magic of transforming the negative into a black-and-white image happens. There are also emblematic photos colorized by her and group portraits that could have resulted from the montage work in the lab. Tabitha could have joined three different negatives of the photos taken by Darius on different cameras to make a single composition into one large photograph.

The importance of Tabitha's role in the couple's photography debunks the myth that men were at the center of all activity during this time. Women were also fulfilling a fundamental task in the long photographic process. There is only one known portrait of Tabitha Kinsey, who began her life in the darkroom in 1895, at age 21, not by choice, but by self-imposed obligation when she married Darius Kinsey.

In the darkroom, Tabitha developed the negatives with highly toxic chemicals to manipulate the light and dark, and create the final version of the image captured by Darius, which she then printed in different sizes and scales, once again intervening in the final product.

The vindication of the role of women in social life requires revising the mythology of industrial development and technology starring only men. In the darkroom, Tabitha was dedicated to experimenting from a trial-and-error approach, and while she followed Darius' instructions, in the solitude of the dark, she developed her own expertise.

The great themes of the present modify the reading of the past and the interpretation of its images, and lead us to think about fairer ways to tell the story focused on the gaps, absences and omissions. This is a challenge for the great institutions that build and manage memory such as museums, archives, libraries and schools, which are in a position to collect what each person observes in a beautiful photograph of the past that causes admiration, emotion and reflection. In short, the reading of the past from our present controversies and challenges calls for social participation with the multiple perspectives of interpretation.

The photographs in the Whatcom Museum's magnificent collection show Tabitha Kinsey's perception of the framing defined by Darius. What new interpretations can we make together of these images of the past from the dilemmas of our present? What discoveries might we make in these images in which there are two voices expressing themselves simultaneously? The museum with its old photos can be a device for telling multiple new stories with many voices.

Javiera Carmona Jimenez is a professor at the Universidad de Playa Ancha in Valparaiso (Chile) and a specialist in cultural heritage, spending a season in the Northwest visiting museums and libraries.