Music news you can use 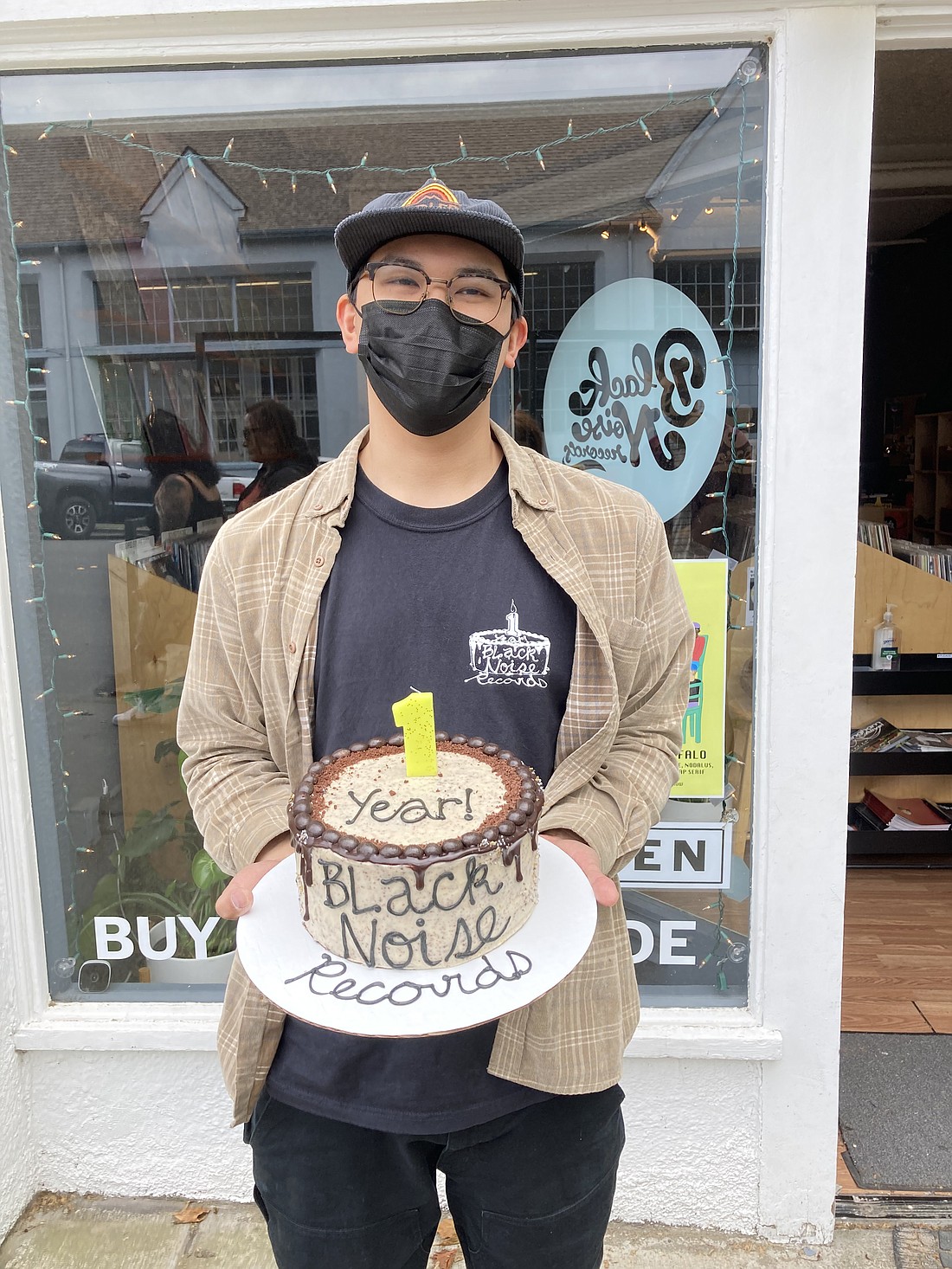 Black Noise Records owner Nico Sanchez stands in front of the record store at 1230 Bay St. in downtown Bellingham. In addition to running the store, Sanchez has also been a force in documenting the local hip-hop scene with his record label of the same name. (Photo courtesy of Black Noise Records)
By JESSE STANTON
CDN Contributor

One of the most encouraging developments in Bellingham’s music scene over the last few years has been the emergence of Black Noise Records. Its most visible manifestation is the record store at 1230 Bay St., but owner Nico Sanchez has also been a force in documenting the local hip-hop scene with his record label of the same name.

Sanchez actually started the label back in 2016. Throughout the years, it has released music from a whole bunch of local luminaries, including the Rhetorician, Slap Serif, Estimate, and Nodalus. In an era where digital and streaming are the focus for most musicians, all Black Noise releases take some sort of physical form, either CD, cassette or vinyl. The compilation it put out last year, titled "Family Affair," makes a great starting point if you want to become familiar with its artists.

In addition to the release, the label also acts as an umbrella for event booking. Saturday nights at Aslan Depot and the popular After Sounds series Wednesday nights at Boundary Bay Brewery both operate as presentations of Black Noise Records. Its got a whole bunch of new stuff coming up this year as well, like an EP from Ideism and LPs from Slap Serif and Estimate & OG Neeks (Sanchez’s stage name).

One thing I’d love to see more of in our local scene would be groups of like-minded artists forming similar associations for their respective genres, whether that takes the form of a record label or something else. Things like putting out compilations or regularly doing shows together have the potential to build community in a way that benefits everyone involved.

In other news: If you’re a fan of beautiful, intricate instrumental compositions played on solo acoustic guitar, make sure you’re following local virtuoso Jacob Seyer. He just dropped the first single from his upcoming album, which will be out Friday, Aug. 19.

In addition to all the usual fun of First Friday and Art Walk, for the next few months, Downtown Bellingham, Pace Rubadeau and BECU are teaming up to sponsor a whole bunch of extra-high-quality buskers. August’s lineup includes the Julian MacDonough Quartet, McKain Lakey, and Marie, The Band. You can check the Art Walk site for details or just wander around and enjoy the surprises.

This weekend is also the Anacortes Arts Festival. A whole lot will be going on, but some of the musical highlights include the high-energy blues/rock of Chris Eger (6 p.m. Friday on the Main Stage), the gypsy jazz of Pearl Django (2 p.m. Sunday on the Jazz Stage) and the lineup curated by Anacortes Music Project on the Port Stage on Saturday.