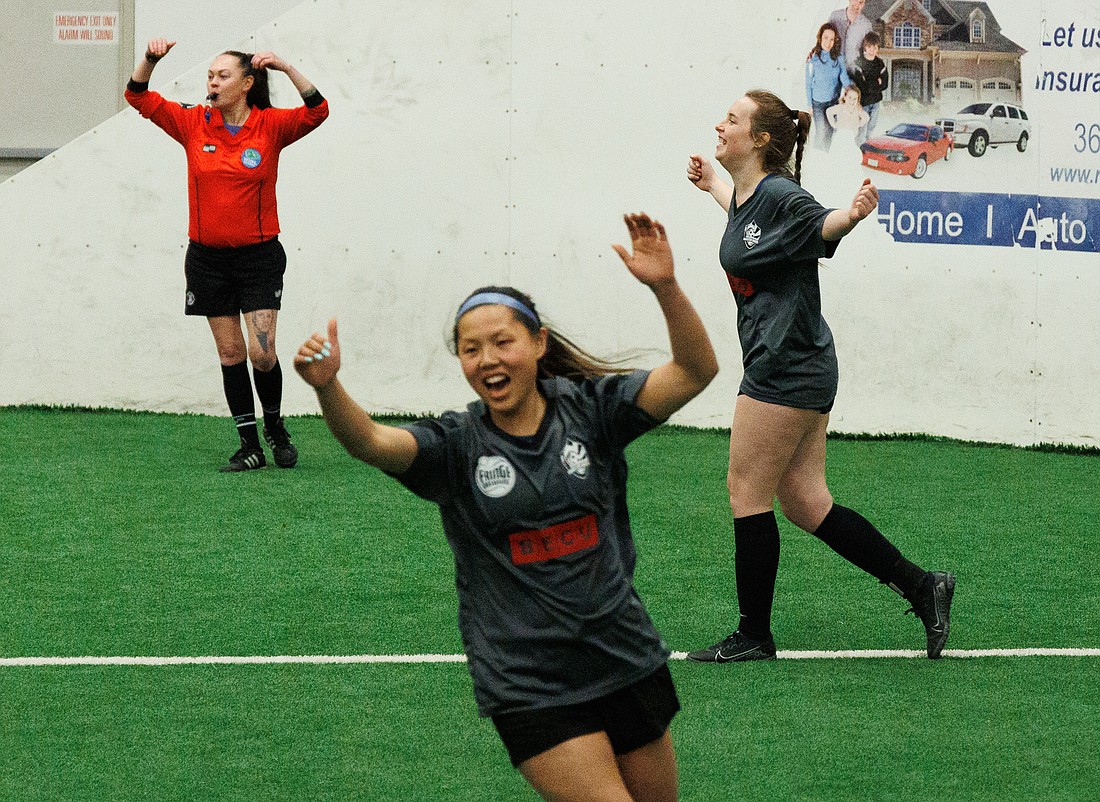 Suneeta Eisenberg has always seen herself as a coach or teacher, but when she saw a need for women's soccer in Whatcom County she took on the role of executive director to put a team together.

Eisenberg has spent the last year behind the scenes doing all the things necessary to start a soccer team from the ground up. Operating as an expansion team in the Northwest Premier League, the Whatcom Waves are the new indoor semi-professional women’s soccer team in Whatcom County she developed.

The business license was approved April 23, 2021, and the club was given nonprofit status on May 10, 2021. By February 2022, games were being played. Eisenberg said even though it’s taken years to develop the idea and plan it out, everything really started to come together in the last eight to nine months.

“It’s been so lovely and amazing,” Eisenberg said of seeing her vision come to life.

On the surface, the Whatcom Waves are an indoor semi-professional women’s soccer team.

Beyond that, the Waves aim to bring women’s soccer to any woman in the county without barriers, Eisenberg said.

“We want to bring more people of color, different ethnicities and backgrounds of life to the game,” she said. “Teams of Latina, Latino and Latinx kind of congregate together, so I’m hoping we blend together Indigenous, brown, Black and just anybody.” 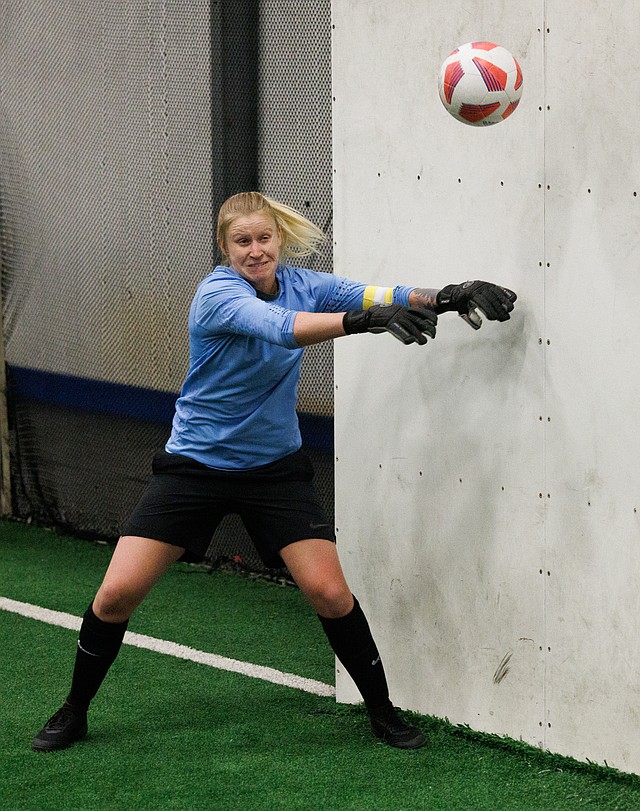 Goalie Ashley Homer swats the ball off the wall as the Whatcom Waves, an indoor semi-professional soccer team, took on the Tacoma Galaxy at the Bellingham Sportsplex on April 9. (Andy Bronson/Cascadia Daily News)

Former Western Washington University women’s soccer players Ashley Homer and Emily Webster are on the team, but the roster expands far beyond that.

Women from all ages and backgrounds are on the team, ranging from former college athletes and some who haven’t played at all since high school.

“These girls are amazing. I’m training with them every day and it’s been so fun to be a 38-year-old playing with a college athlete,” Eisenberg said.

Emerick, a mom of two, said she’s one of the oldest on the team, but they all share a love for the game.

“I love playing soccer, so it’s something I was really interested in joining,” Emerick said.

Eisenberg had been telling Emerick about the idea of the team for a few years, so she said it’s been awesome to see it finally come to fruition.

“Being a part of the inaugural season, even though it's unfortunately not going super great for us, has been a really cool experience,” Emerick said. 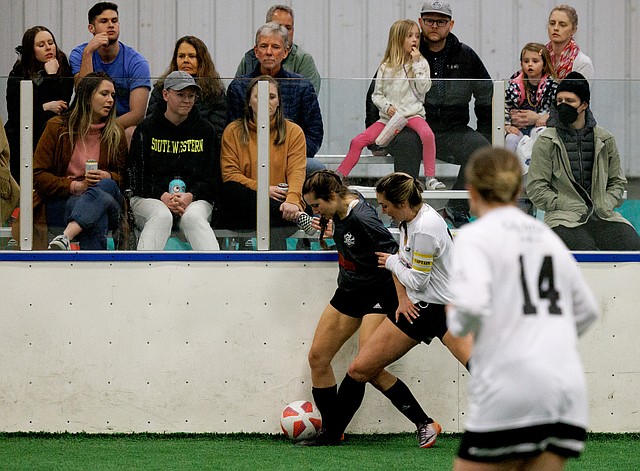 Players battle for the ball against the wall as the Whatcom Waves, an indoor semi-professional soccer team, took on the Tacoma Galaxy at the Bellingham Sportsplex on April 9. The Waves lost the match 5-1. (Andy Bronson/Cascadia Daily News)

The Waves are 0-7 this season, but nobody is too concerned about the wins and losses.

Eisenberg said they know they’re getting to where they want to be, but also know it’ll be a couple of years before that actually happens on the field.

“We’re a ragtag team of a whole bunch of powerful, talented females that have the love of the game and it feels great because we’re doing it for the community,” she said. “It’s not always about winning, sometimes it’s about learning. These losses are teaching us something about the other team and something about ourselves.”

Home games are played at the Bellingham Sportsplex at 1225 Civic Field Way, and according to its website, the organization has 13 members on its board.

“It’s a neat space to be in and, hopefully, people around me believe in the mission, the vision and want to continue working on it,” Eisenberg said.

Outside of soccer, the long-term goal of the club is to build a community center to keep bringing people together.

Eisenberg said the club is working with the city, state and federal government for funding for a new community space.

“It would be a very large complex near the high-speed rail line,” she said. “This community center, having a new place to play with three soccer fields, four basketball courts and the design of the community center looks awesome.”

The indoor soccer season is winding down and the Waves’ last game of the season will be played at 7 p.m. April 16 against Oly-Pen Force in Bremerton.