Why don't we charge for backcountry rescues? 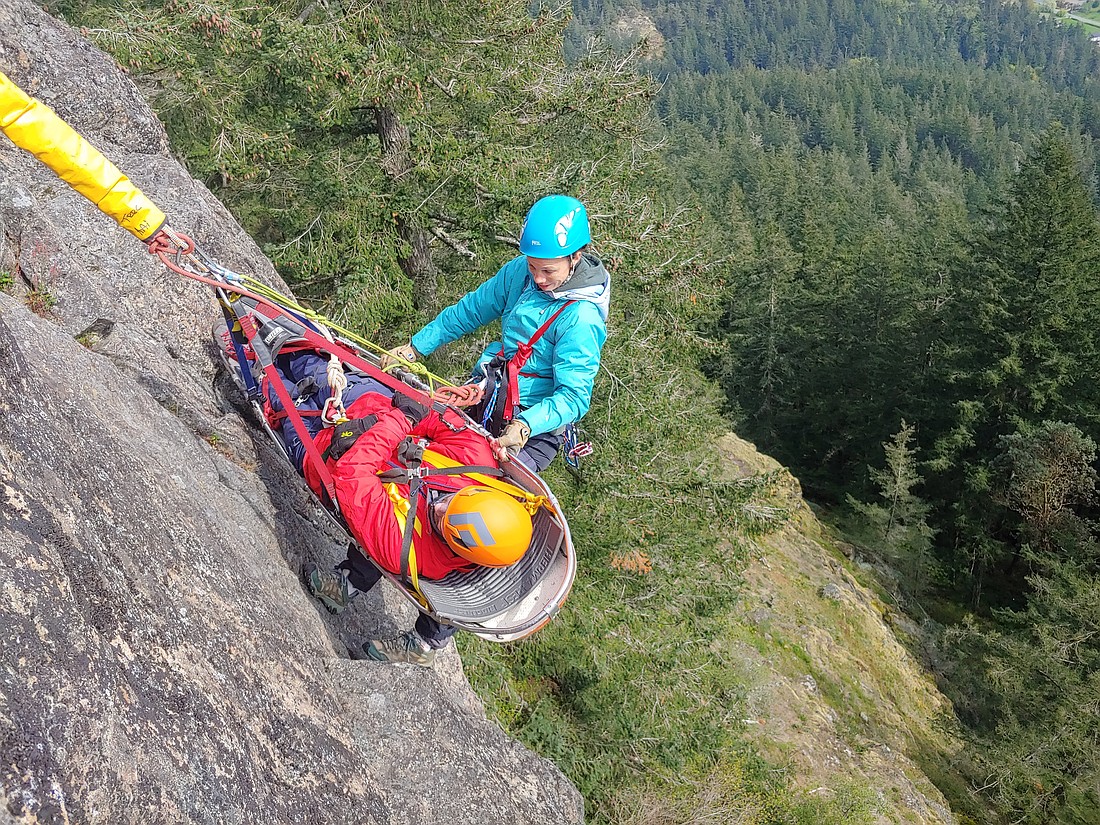 A rescuer practices a lower with a litter during an American Alpine Institute rescue program. (Photo by Jason D. Martin)

Some rescues in the backcountry are egregious.

Indeed, March alone had several examples, but two stand out, because both of them happened twice.

First, there were the Wyoming incidents. Two snowmobilers from Michigan were rescued after illegally riding into a clearly demarcated Wilderness Area, an area where these kinds of machines are not allowed. That’s when they got stuck. Teton County Search and Rescue deployed a helicopter to retrieve them.

Three days later when the men went back to retrieve their sleds, they called for help again. In an attempt to get back to the machines, they got stuck in a steep drainage and a helicopter was once again required to pull them out.

Second, there were the Arizona incidents. A hiker from New York City attempted to summit Humphreys Peak near Flagstaff. He soon found himself off-trail in the dark. That’s when he made his first 911 call, and a team was dispatched to rescue him.

He made his second 911 call the next day, after returning to the same mountain. This time he cut his leg on a rock. And once again, a SAR team was dispatched to retrieve him.

These incidents stand out because poor decisions were made that led to a rescue. They’re egregious because in each case there were two rescues. The individuals involved walked away from their first experience without learning any lessons and put themselves right back into harm’s way.

Whenever there are high-profile rescues, two questions are repeatedly asked: Who paid for this? And why don’t we charge these individuals for their rescue?

Though a handful of helicopter rescue resources are available in this part of the state, Whidbey Island Naval Station provides the bulk of the local rescues. Rescues that the Navy participates in are chalked up to “training.” The idea being that if they weren’t assigned to a rescue, they’d be out on the helicopter anyway.

Other helicopter resources include a sheriff’s department helicopter out of Everett, a helicopter contracted by NPS (often shared with Mt. Rainier), a Coast Guard helicopter on the peninsula and occasionally a support helicopter from the Border Patrol. None of these come close to operating in the immediate vicinity as much as the Navy’s team.

So why are these rescues free to those rescued?

Deputies, park staff and military personnel are paid whether there’s a rescue or not. And those that they supervise in search and rescue operations are almost always volunteers.

There is some nuance to this, though. If you ski out of a ski resort into the backcountry and get lost, Washington state law allows the resort to charge you for the time ski patrollers spend looking for you. But this is very uncommon.

There’s additional nuance in who cares for the victim. Once care is transferred from the rescuers to an ambulance crew or to a life-flight helicopter, things change. The rescued party becomes a patient, and all the charges that take place in the front country are initiated.

And of course, a few cases occur every year in the United States where somebody takes advantage of the “no-charge-for-rescue” ethos. If an individual fakes a problem in order to get a free ride out of the wilderness, then that individual should be held legally and financially accountable for their false report. And in most cases, they are.

In the initial examples, one could argue that these individuals were negligent, that the level of negligence displayed put the lives of the rescuers at risk. And the argument goes that if one is negligent in the backcountry, then they should be held responsible for the cost of their rescue.

There are multiple problems with this line of reasoning.

If people believe they’re going to be charged for their rescues they may not call for help until it’s too late, believing that they can get themselves out. Or worse, they might even hide from rescuers, fearful of financial ruin. Both of these scenarios would certainly increase the hazard to SAR personnel.