A Modest Proposal: Let's make a deal on Point Roberts

Willing to trade for one, maybe two Tim Hortons 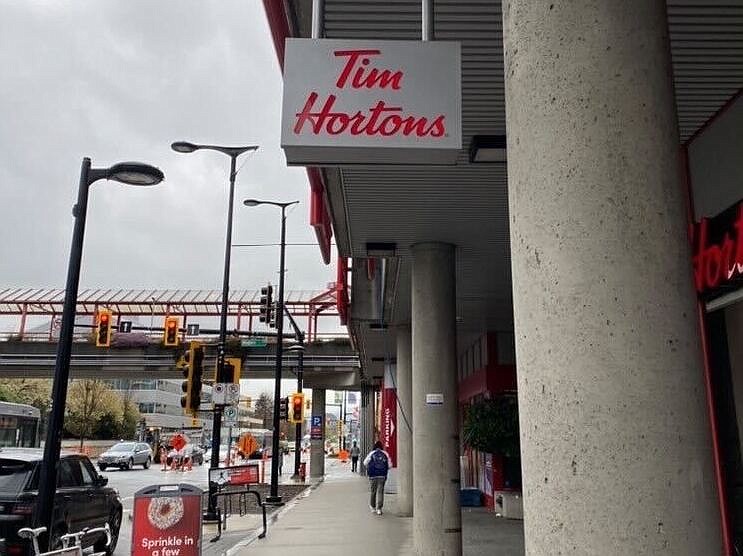 There are five Tim Hortons within 5 miles of the Blaine border. We need two of them. (Photo courtesy of Lauren Salvati)

Someone has to say it: Point Roberts was a mistake. It’s time to correct it.

Nevertheless: Point Roberts (elevation: 0) the tiny thumb of land protruding below the U.S.-Canada border in southwestern British Columbia, truly was an error. It dates back to the early Northwest colonial period when the fledgling U.S. and those snotty Brits nearly came to blows in the vacation islands of what we now call Cascadia.

Open warfare, if not saloon fisticuffs, was averted with the Treaty of Oregon in 1846, which established the 49th parallel as the accepted border where Canadian milk shoppers and ethnic-food-seeking Americans now once again cross paths daily.

Except somebody forgot to measure twice before cutting once. Point Roberts — who knew? — actually falls below the 49th Parallel, through no real fault of its own. As history now notes, the border line was drawn back in the day “without precise knowledge of its effects.” (Historical footnote: This gaff was codified by the International Treaty of Oh Snap! in 1859.)

Thus, “Point Bob,” as it is known in Point Bob, has remained an American territory, severed from its motherland, a lingering, wayward foster nub of the Tsawwassen Peninsula.

This was problematic enough in good times, when importing and exporting life essentials such as doctors, nurses, medicine, gas, groceries, microbrews and Tim’s Cascade Potato Chips required double doses of providing documents to disapproving border guards. And, we now see, it's basically unworkable during times of global pandemic.

This has led to a raft of recent problems, including the inability to recruit workers for essential jobs. Result: Population decline (perhaps 850 souls and dropping) and general decay. Nobody wants to see that, right? The golf course must be watered, the boat slips swabbed, or next thing you know, our little misplaced exclave thumb might rot off at the stem. Which isn't good for anyone, least of all Point Roberts folks.

So we can dance around this subject or we can do what we Americans have always done, which is put our cards on the table, ante up and attempt to cheat our way into something we badly want.

In that spirit, we offer up the following Modest Proposal.

The place has tons of potential. Decent vacation accommodations. Quality rocky shorelines. The above-mentioned marina and some waterfront drinkeries. Its own ZIP Code (98281)!  A raft of soon-to-be surplus border booths, suitable for conversion to a Museum of Brake-Tapping Intolerance. 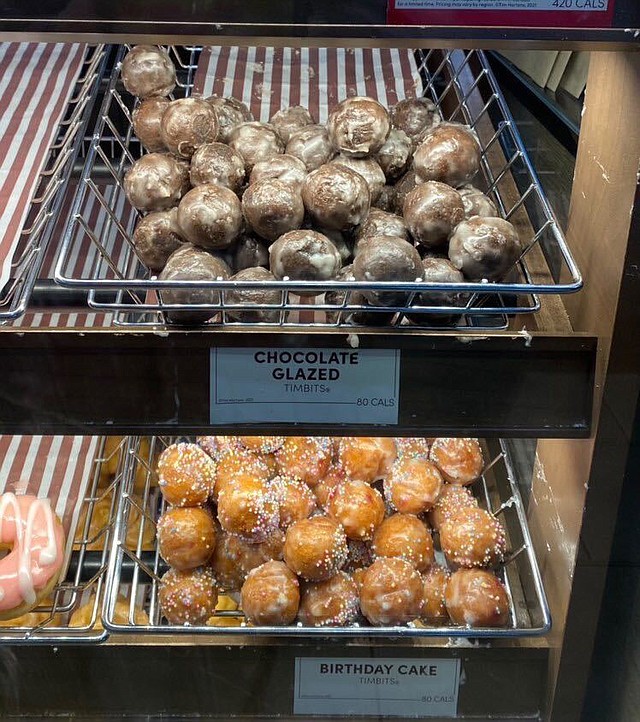 We would like to exchange Point Roberts for provisions sufficient to provide six (6) daily Timbits donut holes per NW Washington resident. (Photo courtesy of Lauren Salvati)

It’s all got to be worth at least, oh, a billion or so (Canadian) at current inflated real estate prices. But time is of the essence and we here at the Cascadia Daily News, the self-appointed brokerage for this long-overdue transnational transaction, are willing to close this deal today for what surely qualifies as a bargain-basement price:

A couple of Tim Hortons. With daily free Timbits allotments: Six to a person, on the International Friendly Neighbor Honor System.

Seriously, that’s all we want. Best to act fast, before we send Sarah Palin south into Yellowknife to open her own negotiations — a fate not desired by any sentient being, or Congressperson.

This would be a humanitarian gesture, likely to keep Americans enamored of their neighbors for 15 minutes, maybe longer. For many of us here in what British Columbians consider the Lower, Lower, Lower Mainland, the lack of a suitable Canadian-hockey-stalwart-originated donut franchise has qualified as nothing less than a crime against lard-sucking humanity.

Yes, we know Tim Hortons is a Canadian thing and we’ve always been graciously accommodating to the oft-annoying existence of Canadian things here on our little shared (wink, wink) continent.

We also realize that sure, we could make our way to one of the five Timmys within 5 miles of the Blaine border. And we also know we have our own variation on the theme, Dunkin’ Donuts. But c’mon, we all know it’s not the same.

And yeah, there'd be some repatriation involved, but most of the folks in Point Bob already know all the words to “O Canada.”

There's ample precedent. We NW Americans are not (completely) stupid and can look across the map and see countless Tim's signs lighting up the skies in the northern climes of the U.S. Midwest. And this — to borrow a term originating in the fictionalized U.S. West — really chaps our ass.

Said chapping only intensified during the semi-recent Operation Infinite Duration, the occupation of Iraq, when the U.S., as head of the Timbit Coalition of the Coerced, set up in Kandahar a heavily guarded military installation that included (and you can look this up) a Tim Hortons store.

If Canada can put one in the Middle East they surely can park one somewhere between Blaine and Fairhaven, yes?

That’s what we thought. And what we’re thinking. And in fact, counting on.

Look: A Tim Hortons is not too much to ask for Point Roberts. In fact, it’s too little, so we’ll probably need a couple. Canada has 4,000 and surely can spare a couple.

We won’t be too picky about the details, except that said outlets should be regularly stocked with the usual planks of the Tim Hortons Healthy North American Diet Food Pyramid: a foundation of Farmer’s Breakfast Wraps, midlevel layers of Maple Dip Donuts, and a top triangle consisting entirely of carefully arranged Birthday Cake Timbits.

As a starting point, let's say we were ready to leave the keys to Point Roberts at a package store in Blaine as soon as we see the Canadian Seal on documents providing for an exchange worth of any forced cohabitation of Children of a Common Mother:

We are nothing if not flexible, and this is all negotiable. If the Point Bob population continues to wane, we might settle for a once-weekly Tim’s Cheese Tea Biscuit. But don't wait to find out.

Your move, Maple Leafers. Act now, or forever hold your Peace Arch. Operators in an overseas call center are standing by.