Review: ‘Writer in a Life Vest’ by Iris Graville

Her beat was the Salish Sea 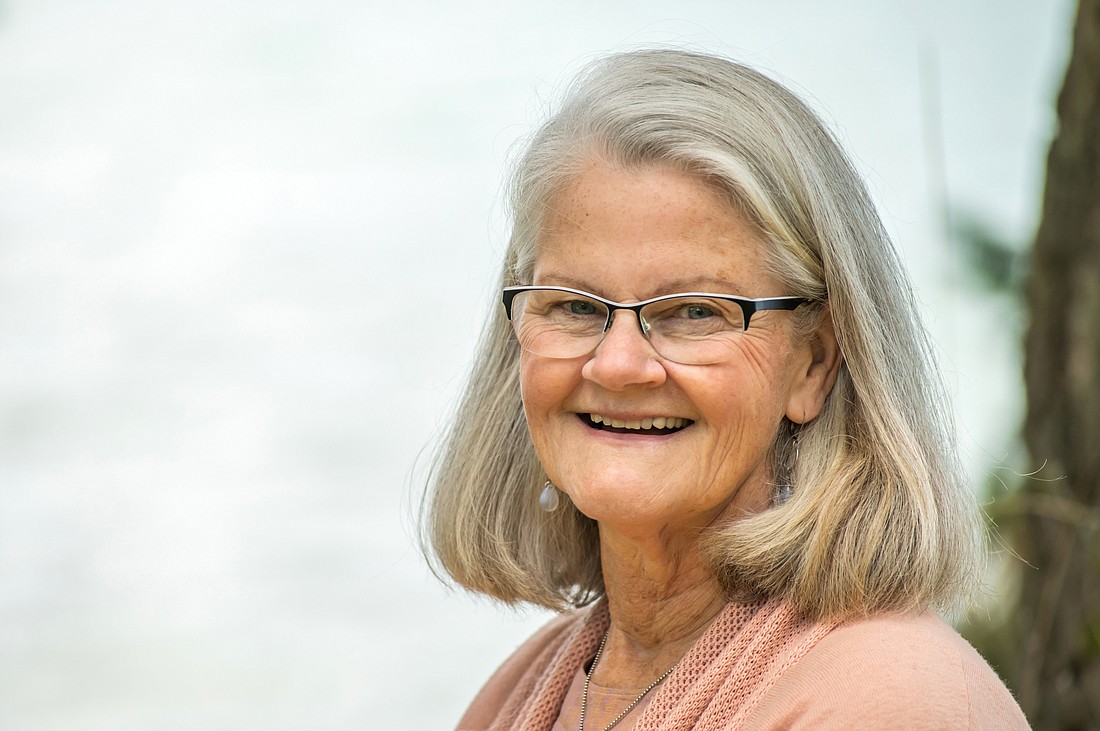 Former Bellingham resident Iris Graville returns to the city to read from her new book, “Writer in a Life Vest: Essays from the Salish Sea,” on Saturday, April 9 at Village Books. The event is part of the Nature of Writing series, a collaboration with the North Cascades Institute. (Photo by Robert S. Harrison)

As the first-ever writer-in-residence for the Washington State Ferries System, Iris Graville’s office was a booth on the passenger deck of the MV Tillikum, the inter-island ferry that threads San Juan, Orcas, Shaw and Lopez islands. Her beat was the Salish Sea, including its endangered marine life.

Now, the Lopez Island resident invites readers to ride along and act against threats to the intricate ecosystem in her book, “Writer in a Life Vest: Essays from the Salish Sea.”

In the collection of 36 nonfiction essays, Graville, a self-described “storytelling lover of the Salish Sea,” sketches the rhythms of her yearlong residency aboard the ferry.

She shares the Tillikum’s history; it’s the oldest vessel in Washington state’s fleet and is slated to be retired this year. She describes the people who work and ride the inter-island loop — including the emergency-drill-practicing crew, gatherings of writers and mah-jong players, and the Floating Ukulele Jam. 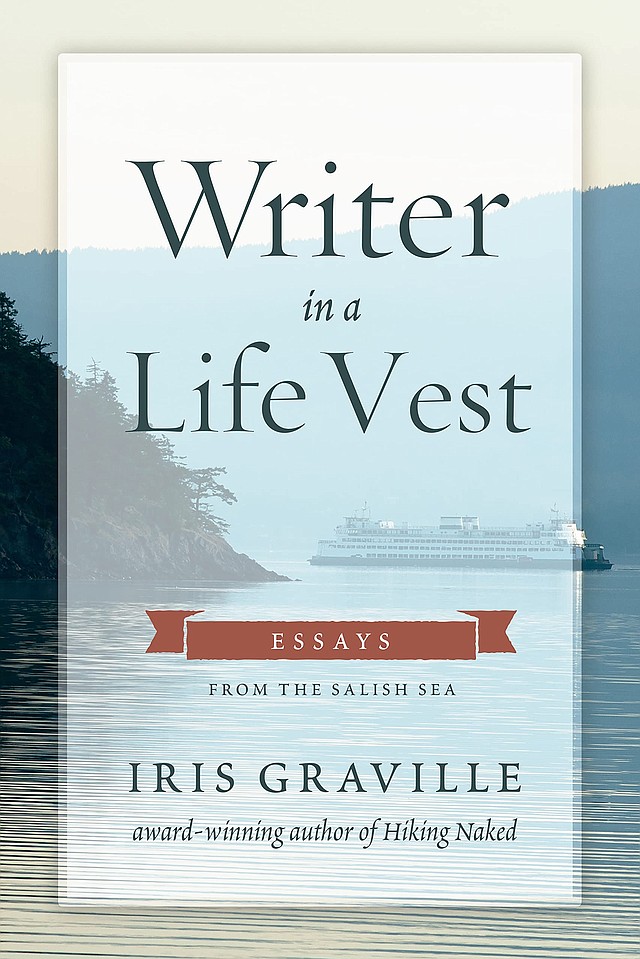 The book is not a sunny summer passage. Graville invites readers to take a deep breath to explore below the water’s surface and examine the impact of the 8 million people who live along the inland sea’s 4,642-mile coastline. (Photo courtesy of Iris Graville)

But “Writer in a Life Vest” is not a sunny summer passage. Graville’s book invites readers to take a deep breath to explore below the water’s surface and to examine the impact of the 8 million people who live along the inland sea’s 4,642-mile coastline. The ferry “drags my fears for the Salish Sea in its wake,” she writes.

The duality of awe-inspiring beauty and heartbreaking extinction links the inspiring essays. Graville counts her blessings, naming river otters scampering across rocky beaches, the undersea forest of kelp and orcas “swishing their tails to balance upright and spy on me.”

A longtime Lopez resident, she mines years of observation to craft intimate images such as a cetacean pupil that “closes like a smiling mouth.”

It’s her love of this place that drives her to serve as witness to its peril, especially that of the endangered Southern Resident orcas. Graville clarifies she is not a scientist but a writer who is responding to the climate crisis through personal essays and poems in which she names her own “vows” to protect the Salish Sea. She asks readers to do the same. The book includes resources for further exploration.

Graville read as much as she wrote during her ferry residency. The research is evident in the breadth of topics covered in the book’s six sections. There are essays that are imagined conversations with conservationist Rachel Carson and climate activist Greta Thunberg and introductions to oceanographer Sylvia Earle and SeaDoc Society Science Director Joseph K. Gaydos.

A piece fashioned as a petition to the court records the successful effort to name the Salish Sea by Western Washington University Professor Emeritus Bert Webber and others. Elsewhere in the book, Graville explores the connection between climate change and racism.

Writers may especially enjoy the creative nonfiction forms Graville employs to describe her thoughtful journey. In the book’s opening, she shares that she chose the varying styles “as a metaphor for the new thinking I believe is an essential response to the climate crisis we’re in. I offer them as symbols of resilience, inspiration and hope.”

Iris Graville, a former Bellingham resident and Chuckanut Writers Conference faculty member, will read from “Writer in a Life Vest” at 7 p.m. Saturday, April 9 at Village Books, 1200 11th St. The event is part of the bookstore’s Nature of Writing series with North Cascades Institute. Registration is required.

Mary Vermillion is the community relations manager for the Whatcom County Library System. Visit wcls.org/happenings to register for free library events, including author readings and writing programs for people of all ages.