Wings Over Water: Birds are there for the watching

Experts poised to lend a hand 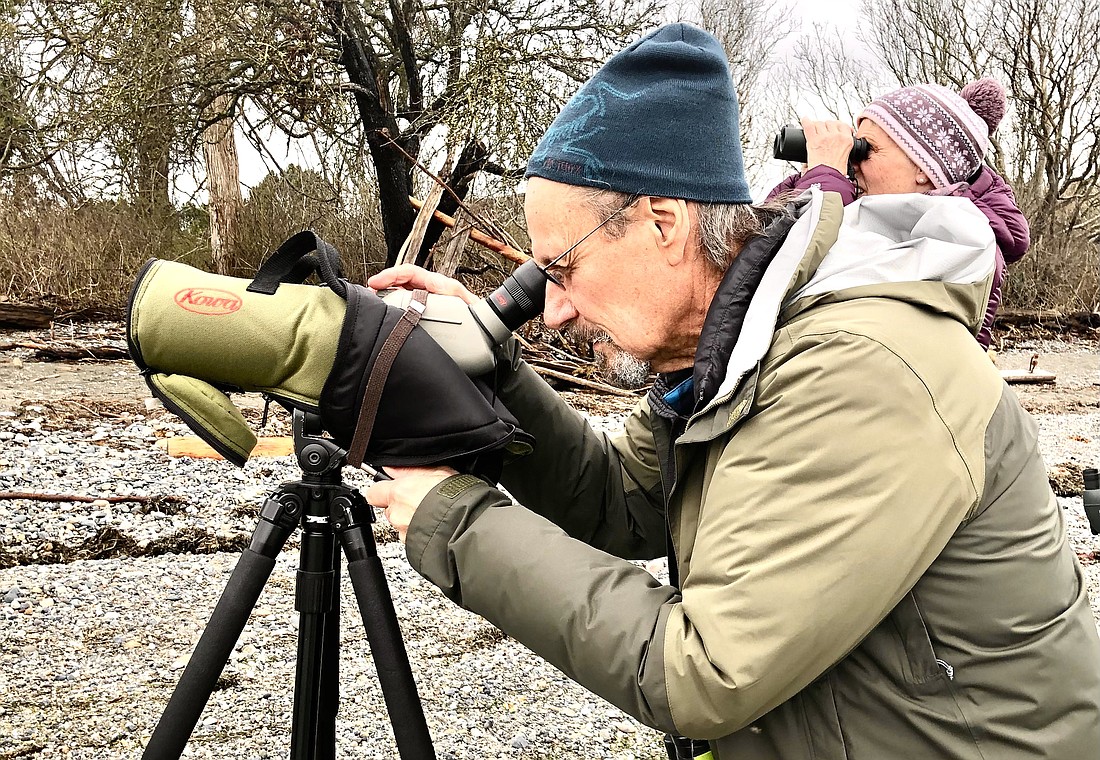 Nature guide Paul Woodcock of Ferndale has been birding for almost 70 years, having started as a child in northern Wisconsin. (Photo by Elliott Almond)

SEMIAHMOO — The woman from North Cascades Audubon Society looked at me cross-eyed.

“You’re not carrying any,” the birder from Custer replied.

I had arrived unprepared for a guided tour during the recent Wings Over Water birding festival in Blaine.

Borso, 72, had seen it before. She packed extra binoculars for neophytes like me.

The tour was one of my three walks this month with the intent to take advantage of nature’s great spring squawk along the north-south migratory route known as the Pacific Flyway. I cluelessly left field glasses at home for each sojourn but we don’t need to get into that.

The two-hour Semiahmoo Spit excursion led by Paul Woodcock and Borso provided a window into the miraculous biodiversity that I had not really considered over the years.

Woodcock and Borso, both past presidents of the regional Audubon Society, helped our group spot 29 species of birds on a gray, rainless March afternoon.

Nature guides Paul Woodcock (left) and Pam Borso explain the habits and patterns of seabirds during a recent guided tour as part of the Wings Over Water festival in Blaine. (Photo by Elliott Almond)

The spit and Drayton Harbor also house dunlin, sandpipers, black-bellied plovers and greater yellowlegs, as well as bald eagles, great blue herons and peregrine falcons. Most of the shorebirds fly through in late April and early May so the spring show goes on awhile.

This is about as good as it gets for marine birdlife outside the George C. Reifel Migratory Bird Sanctuary just across the border in Delta, British Columbia.

Some birds are year-round residents. The migrants pass through on their way to Arctic breeding grounds. 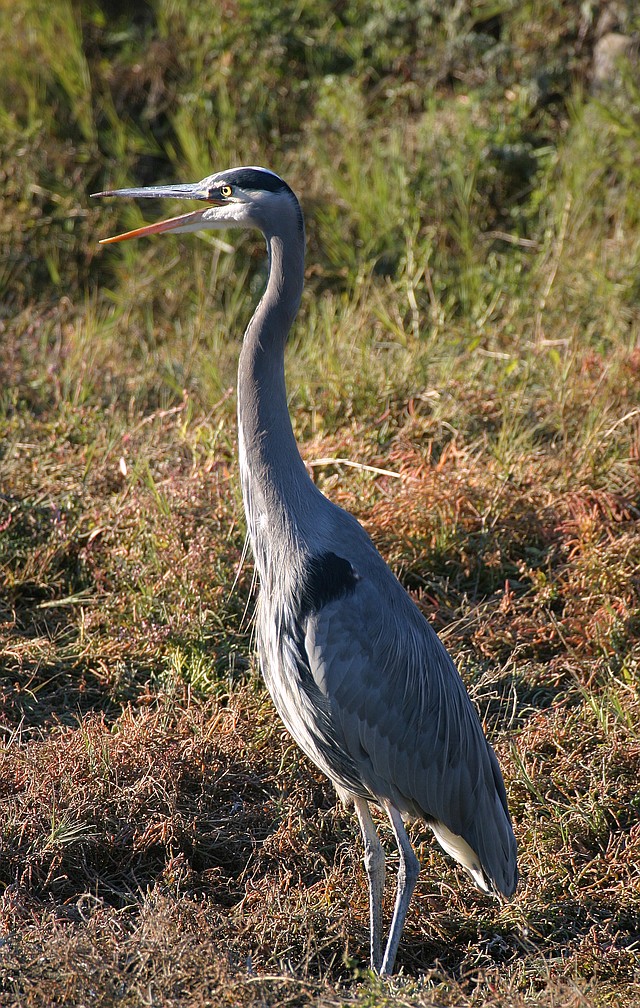 A great blue heron makes its presence known with a loud squawk in the Skagit Valley. (Ron Judd/Cascadia Daily News)

Little trumps field experience when trying to identify a species, said Woodcock, who has been involved with birding since he was a child in northern Wisconsin.

But every light condition changes the markings so guidebook photos don’t always help. Seeing birds in their natural habitat over and over sears their identities into the memory.

The fortuitously named Woodcock, 75, graduated from Western Washington University’s College of the Environment with a degree in environmental education decades ago wondering what good could come of such a diploma.

It turns out plenty for a nature guide with a self-effacing sense of humor and expertise in local ornithology.

I learned more from Woodcock and Borso in an afternoon than I had reading thick bird field guides all these years.

Serious birders visit prime locales such as Semiahmoo to photograph, count and otherwise gawk at the richness of wildlife. 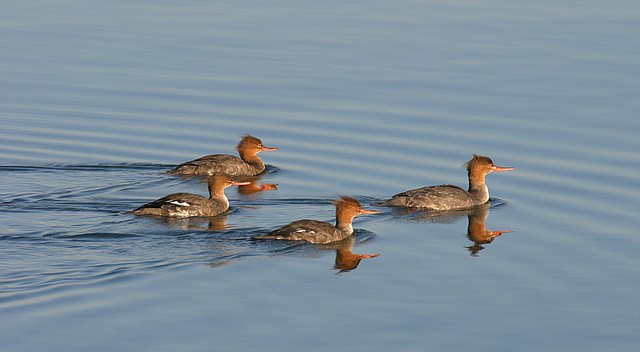 A group of mergansers swim through the placid waters off Semiahmoo Spit. (Ron Judd/Cascadia Daily News)

I use birdwatching as an excuse to hike instead of recording the treasurable finds for posterity. The paved, flat trail from Semiahmoo Park to the small boat harbor is about 1 mile each way, not enough to slake my thirst for a workout.

Usually, a good option is to add the 2 ½-mile Drayton Cove loop trail, which is closed for the time being for repairs from landslides.

I crossed to the beachside and headed toward Birch Bay to carve another route over loose pebbles and broken shells. With an extreme low tide the path is clear to Birch Point to make it an 8-mile hike. The adventurous can continue to Birch Bay Village and perhaps beyond to add even more mileage. But know the tides before exploring the rocky coastline.

Another day I ventured to Skagit Valley Wildlife Area to stroll through the mudflats and brush of Debay’s Slough. It’s also a short, flat hike where almost everyone on the trail schlepped long lenses.

The camera-carrying crew tracked the birds as if on an African safari. We saw harriers, red-tailed hawks, blue herons and assorted ducks.

I had come for the snow geese, having seen thousands in a Skagit field years earlier. The geese apparently do not read signs. They duck the official wildlife acreage to graze in the pasturelands on Fir Island.

So do the all-white trumpeter swans who didn’t seem too spooked as long as I stayed at least 20 yards away.

For one moment, I didn’t need field glasses to enjoy the view.

For information and directions: whatcomcounty.us/3579/Semiahmoo-Park

For information and directions: wdfw.wa.gov/places-to-go/wildlife-areas/skagit-wildlife-area

For information, directions and reservations: reifelbirdsanctuary.com

Fourth Sundays: Audubon at the Museum

Elliott Almond writes a monthly outdoor column for the Cascadia Daily News. He can be reached at elliottalmond4@gmail.com.